A big decision is thrown to the wolves 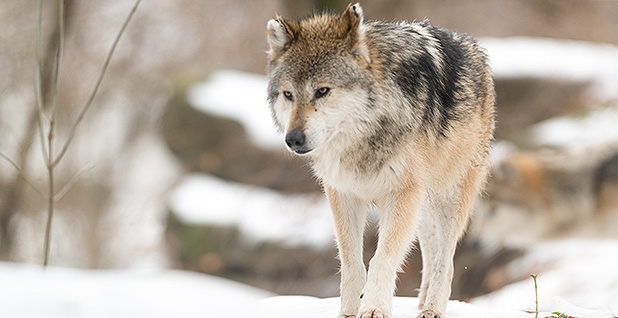 In a highly anticipated notice, the agency cited considerable progress in reviving a species first identified as endangered decades ago. The wolf’s population now numbers an estimated 6,000 in the continental United States, officials say.

"The facts are clear and indisputable; the gray wolf no longer meets the definition of a threatened or endangered species," said acting Interior Secretary David Bernhardt."Today the wolf is thriving on its vast range, and it is reasonable to conclude it will continue to do so in the future."

But while Bernhardt cast the gray wolf as an ESA success story along the lines of the delisted bald eagle, peregrine falcon and American alligator, some environmentalists denounced the proposal as premature.

"The Trump administration is attempting to sign a death warrant for America’s gray wolves," said Brett Hartl, government affairs director for the Center for Biological Diversity, adding that "we’ll fight as hard as we can to stop that from happening."

Bernhardt briefly revealed the gray wolf delisting decision in a speech last week, but the proposal to be published in tomorrow’s Federal Register is what kicks off a 60-day public comment period that precedes a final rule (Greenwire, March 6).

The eventual final rule, in turn, will precede what’s bound to be more litigation, similar to that which has already dogged other gray wolf decisions.

Underscoring the significant role played by lawsuits, the Fish and Wildlife Service’s proposal includes a chart identifying myriad past actions involving various gray wolf populations and how they fared when challenged more than half a dozen times in court since the late 1970s (Greenwire, Aug. 1, 2017).

"Our knowledge of wolf biology and taxonomy has vastly changed since then," the FWS proposal states. "Additionally, our previous efforts to revise the listed entities have not withstood judicial scrutiny."

Further complicating the picture is the fact that, as FWS put it, "the science pertaining to gray wolf subspecies designations … continues to develop and remains unresolved."

This new proposal does not affect Mexican gray wolves, which would remain listed under the ESA.

The Northern Rocky Mountains’ population was already delisted in a 2008 decision that prompted, but survived, court challenges.

Gray wolves are the largest wild members of the dog family. They are social animals that live and hunt in packs and can travel far in search of prey such as deer and elk. They can occupy a wide range of habitats.

Prior to their receiving ESA protection, gray wolves declined in number due to government-funded bounty programs aimed at predator eradication and the conversion of historical habitat into farmland, among other causes.

"Wolf populations are remarkably resilient as long as food supply and regulation of human-caused mortality are adequate," FWS noted.

Since the 1990s, surveys show the gray wolf population in Minnesota has consistently exceeded 2,000 individuals. Populations in Michigan and Wisconsin have exceeded 100 individuals every year as well, and other states host populations of their own.

The Fish and Wildlife Service cited wolf-protecting commitments by the Great Lakes states, as well as California, Oregon, Washington and others, as further reason for confidence.

In addition to the various U.S. populations, moreover, an additional 12,000 or so gray wolves are estimated to live in eastern Canada while others roam western Canada.

"It is a proud moment when we can tell our children and our grandchildren that the future is secure for these magnificent creatures," said Fish and Wildlife Service Principal Deputy Director Margaret Everson.

If the wolf is delisted, the Fish and Wildlife Service will continue to monitor the species for five years. The agency can relist the species and provide federal protections again if the population declines and it’s deemed necessary.