A ‘bigoted and divisive extremist’: NAACP takes on BLM chief 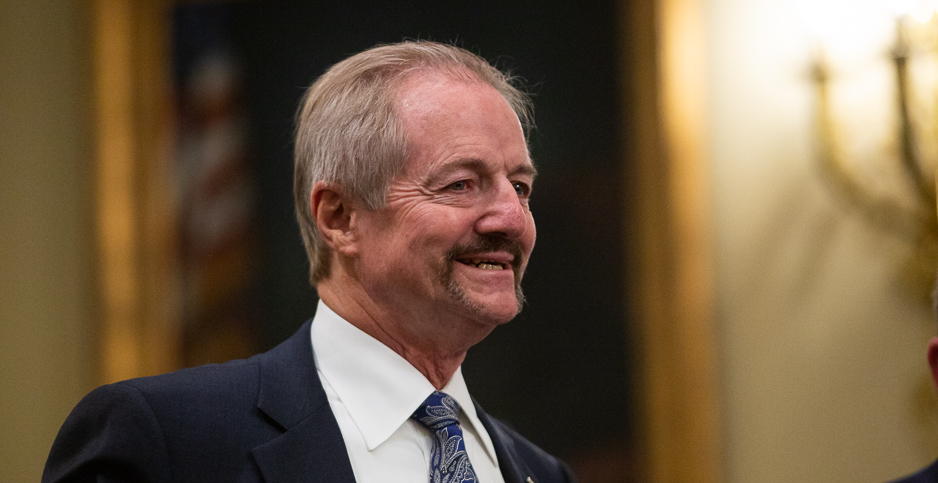 A coalition of organizations is urging the Senate to reject the nomination of acting Bureau of Land Management chief William Perry Pendley to head that agency. Francis Chung/E&E News

A large coalition of environmental and social justice groups, including the NAACP, urged members of the Senate Energy and Natural Resources Committee in a letter today to reject Pendley. Among other things, the letter cites Pendley’s "track record of dismantling the very agency he is tasked with managing" — a reference to BLM’s controversial headquarters move to Colorado, which has led to dozens of top officials leaving the bureau.

The letter also cites what it describes as Pendley’s "history of mocking and scapegoating marginalized communities," including "opposing Tribes" and "working against diversity-based recruitment initiatives and standards of regulatory impact."

The coalition’s letter rejects Pendley’s attempts "to erase his deeply held personal beliefs by claiming his past statements and actions are ‘irrelevant,’ conjuring his training in taking orders as a Marine. This is nonsensical at best and cynical at worst. His record on public lands must inform his nomination, not be conveniently erased."

BLM today in an emailed statement to E&E News called the letter "another laughable attack by radical interest groups to smear the reputation of a public servant and former Marine who is one of the most highly qualified individuals ever to be considered for the position of Bureau of Land Management director."

It added, "Mr. Pendley brings a wealth of knowledge and experience to his position at the BLM, and we look forward to working with the Senate on his confirmation."

The Energy and Natural Resources Committee has yet to set a confirmation hearing date for Pendley.

The letter adds to the growing list of conservation groups, former BLM career officials and elected leaders who have publicly denounced Trump’s nomination of Pendley in June to lead the bureau that oversees about 245 million acres of federal lands.

Indeed, some of the groups that signed today’s letter have already publicly expressed opposition or concerns about Pendley, including the Wilderness Society and the National Wildlife Federation. Two groups that signed the letter — Public Employees for Environmental Responsibility and the Western Watersheds Project — are currently suing the Interior Department and BLM, challenging Pendley’s authority to lead BLM on a temporary basis.

But today’s letter is notable for the inclusion of the NAACP and other social justice groups, such as Latino Outdoors and the Native American Rights Fund, that have been mostly silent on Pendley.

The coalition’s letter specifically mentions Pendley’s 2017 op-ed denouncing the Black Lives Matter movement as one based on "a lie that spread like cancer through inner cities endangering men and women in blue and the citizens who look to them for protection" (Greenwire, June 29).

And it notes Pendley’s "inflammatory rhetoric and actions opposing virtually all issues of social justice and diversity including targeting native communities, immigrants, the LGBTQ community and people of color."

Hilary Shelton, the NAACP’s senior vice president for policy and advocacy, said in a separate statement that Pendley’s "history of bigoted remarks targeting communities of color and opposition to initiatives to make our country’s institutions reflect the diversity of its people disqualify him from serving in a position of public trust."

Shelton, who is also director of the NAACP’s Washington Bureau, said that at a time when the country "is in the midst of a movement demanding an end to systemic racism," it would be wrong to let "someone with Pendley’s divisive views manage a federal agency that should work for everyone."

Shelton added, "The Senate faces a moral choice: confirm a bigoted and divisive extremist or stand in solidarity with the American people who want our government and our public lands accessible to all."

Pendley, who has been serving as BLM’s de facto acting director since July 2019, did not deny he made the statement. But he explained that he was speaking at the time as a "private attorney representing private clients," and that now his "new client" is the "American people."

Most of the letter centers on the conservative lawyer’s past work as president of the Mountain States Legal Foundation, where he was involved in lawsuits challenging BLM and other land management agencies on behalf of ranchers and other private landowners.

Pendley — an avowed "sagebrush rebel" who served as a top official during the Reagan administration under Interior Secretary James Watt — has argued that the U.S. Constitution all but requires the federal government to sell the lands it owns in the West.

Until leaving the foundation in late 2018, Pendley represented Garfield and Kane counties in Utah as defendant-intervenors in a lawsuit challenging Trump’s controversial decision to slash the size of the Grand Staircase-Escalante National Monument (Greenwire, Jan. 14, 2019).

The letter lists his "radical anti-science and anti-conservation positions" as among the reasons not to confirm Pendley.

"Put simply, Mr. Pendley is diametrically opposed to the agency’s mission to sustain public lands," it says. "Rather, he does not believe they should exist."

The letter also says Pendley has supported "anti-government extremists," such as "those engaged in armed standoffs with federal employees" — an apparent reference to Nevada rancher Cliven Bundy and his sons.

It also rips BLM’s headquarters move to Grand Junction, Colo., from Washington, D.C., and lays blame for it on Pendley.

The "disastrous reorganization" has "resulted in only 35% of employees accepting their reassignments and numerous resulting vacancies that threaten the agency’s ability to complete its mission."

It adds, "His anti-federal employee rhetoric raises the question of whether this move was intended to dismantle the agency from the inside."