A climate club with carbon pricing? What it means for U.S. 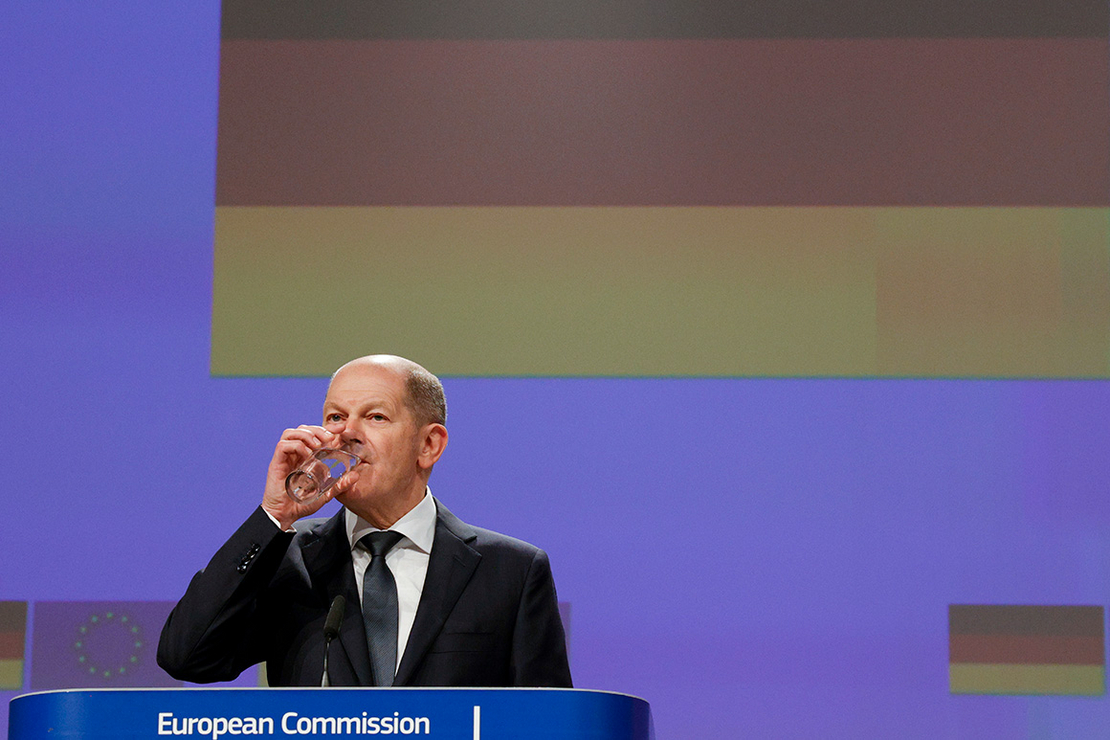 Germany is hoping to make its mark on the Group of Seven presidency by putting the group of wealthy nations at the center of a club that’s dedicated to tackling climate change.

There’s just one catch. The countries involved have different ideas about how to address rising temperatures.

Take carbon pricing. One of the objectives of the so-called climate club is to develop standards for pricing carbon emissions, according to a G-7 program released by Germany last week.

But the U.S. doesn’t have a nationwide carbon market, and putting a price on CO2 is hotly contested on Capitol Hill. Nor is it part of President Biden’s sweeping climate agenda.

The idea of aligning a high-ambition coalition of countries on climate change is a good one, said John Podesta, an adviser to former President Obama and founder of the Center for American Progress.

“But if you set criteria that don’t measure what countries are actually doing to implement ambitious goals … I think we’ll be missing something,” he said on a call with reporters this week.

What matters is whether or not the U.S. is meeting its commitments to reduce emissions, not the policies that are being used to do so, Podesta added.

The same is true for a European proposal to put carbon tariffs on imported goods from countries whose climate policies are less ambitious than its own — what’s known as a carbon border adjustment.

“I think the U.S. administration has recognized that the combination of investment and standards is a path forward to hit the kind of targets that the E.U. and Germany are also trying to establish and hit,” said Podesta.

The idea of climate clubs has been floated for years, but its profile is on the rise as Germany uses the G-7 presidency to promote its adoption. The exclusivity such clubs convey has rankled some countries that wouldn’t be included (Climatewire, Jan. 10).

Dino Patti Djalal, a former Indonesian ambassador to the U.S., cautioned during a recent media briefing against creating a “club of rich countries.”

By definition, a club does indicate a certain level of exclusiveness. But Germany’s plan calls for a coalition that is “open to all countries” and expands international partnerships beyond the G-7.

“By addressing technology transfer and climate financing, we hope to bring developing and emerging economies on board,” German Chancellor Olaf Scholz said in a speech to the World Economic Forum.

That could make it more like an alliance of like-minded countries.

“Opening it up to developing and emerging economies will alleviate any legitimacy concerns; for example, that this might be a ‘rich countries’ club,’ Robert Falkner, research director of the Grantham Research Institute on Climate Change at the London School of Economics, wrote in an email. “But if it’s not exclusive, then it isn’t a club.”

The benefit of bringing countries together is that it can put pressure on nations outside of the grouping to act more aggressively on climate change, said Frauke Röser, founding partner of the German-based NewClimate Institute.

Finding agreement on carbon pricing would be difficult, she noted. But a climate club doesn’t have to be exclusively about pricing CO2.

Germany hasn’t spelled out how countries could gain access to the “club” other than highlighting the importance of carbon pricing, a commitment to the Paris climate agreement and respect for the rules of global trade. Germany is hosting a conference later this week to gather ideas for shaping its climate and energy agenda.

Boosting finance for developing countries and their transition to clean energy is one issue the G-7 needs to nail down this year. The group will also push its members to honor their promises to stop financing coal projects internationally.

Climate activists want G-7 countries to end coal use domestically by 2030. That’s something Japan, in particular, is not prepared to do, said Maria Pastukhova, a policy adviser on energy diplomacy at E3G.

Japan is the only country in the G-7 — which also includes Canada, France, Italy, the United Kingdom and the United States — that didn’t join a pledge last year to shift public financing from fossil fuels to clean energy (Climatewire, Nov. 4, 2021).

It will be up to Germany to maintain the diplomatic pressure to meet those objectives, Pastukhova said. It might have some leverage with Japan given the countries’ long-standing cooperation on low-carbon technology development.

Whatever happens, the climate club can’t be seen as anti-China or anti-developing world, she said. “That wouldn’t be productive in terms of bridging the gap between the Global North and the Global South.”