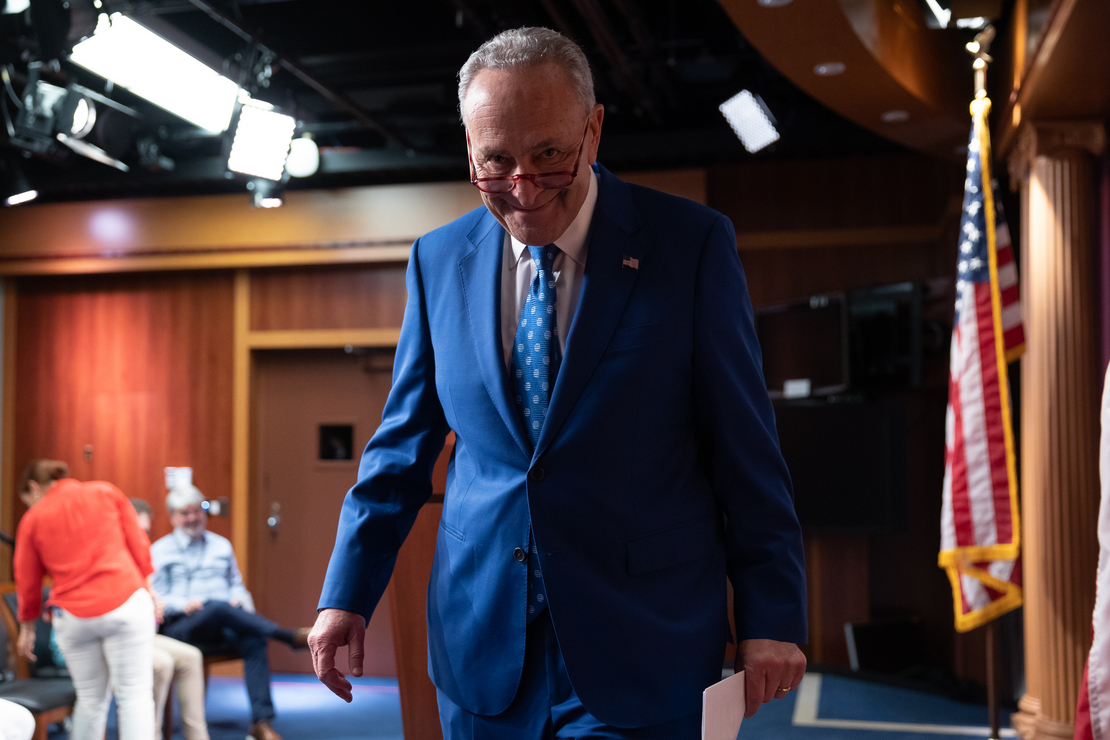 Three decades after ratifying the world’s first climate treaty, the Senate passed a sweeping budget bill Sunday that pours hundreds of billions of dollars into the clean energy projects needed to decarbonize the economy.

The vote represents a breakthrough for U.S. climate policy. In clearing the Senate, Democrats overcame a hurdle that has tripped up past climate bills. And with $369 billion in climate and energy spending, the legislation has the potential to turbocharge U.S. decarbonization efforts.

Even so, the so-called Inflation Reduction Act doesn’t look like the climate bill that many lawmakers and advocates had long imagined. It is not Waxman-Markey, the doomed cap-and-trade bill that died in the Senate in 2010. It does not include the Clean Electricity Performance Program, a provision floated last year that would have paid utilities for selling clean power and penalized those that did not.

And it’s not “Build Back Better,” the sprawling legislation passed by the House of Representatives last year that included vastly more money and stronger climate provisions than today’s Senate version.

Instead, the bill came chock-full of provisions that have long been anathema to environmentalists. There were guarantees for new oil and gas leases, and tax credits for carbon capture and sequestration. Notably absent was any requirement to actually reduce emissions.

But in securing a mountain of cash needed for the rapid decarbonization of the U.S. economy, senators passed the most significant climate legislation in U.S. history. The bill, if passed by the House, would direct billions of dollars to everything from traditional renewables like wind and solar to emerging technologies like clean hydrogen, sustainable aviation fuel and advanced nuclear power. It could put the country on track to cut emissions 40 percent of 2005 levels by the end of the decade.

“This is massive legislation. Effectively, we will now have the technology and the money to act on climate. For the past 20 years, we haven’t had that,” said Julio Friedmann, a former Department of Energy official in the Obama administration. “Now, we have all the tools we need. The rest is on us.”

As difficult as passing the “Inflation Reduction Act” was, the road ahead stands to be more challenging.

New transmission lines will need to be strung to connect wind and solar projects in disparate parts of the country. Batteries need to be installed to backup renewable projects. Emerging technologies like clean hydrogen and advanced nuclear, along with seldom-used ones like carbon capture and sequestration, have to be installed to ensure the grid can run round-the-clock without pumping greenhouse gases into the atmosphere.

And that’s just in the power sector.

Cleaning up transportation and industry will likely be even more challenging, due to relatively limited technological options and the long lifetimes associated with cars and large industrial equipment.

“The whole suite of things that we need to do to decarbonize the economy requires building a lot of things,” said Dan Lashof, U.S. director at the World Resource Institute. “The challenge is going to be building the right things in the right places.”

Overcoming the legacy of environmental racism will be particularly difficult, said Emily Grubert, a professor of sustainable energy policy at the University of Notre Dame who recently completed a stint at the Energy Department.

While the bill contains plenty of incentives for clean technologies, some could lock in polluting infrastructure for decades to come, she said. Fossil fuel projects that lower their emissions will be able to qualify for clean hydrogen subsidies or use tax credits to install carbon capture and sequestration. That may extend the life of power plants and other facilities that have polluted communities for years, she said.

“This gives us a lot of room to run, and it also gives us the obligation in how we proceed. There is a massive opportunity here, but we need to be very careful,” Grubert said. “I hope it continues to provide inspiration to how we get to the justice-centered transformative change we need. It provides some runway to make it more possible, but that is not what this bill is.”

The Senate ratified the United Nations Framework Convention on Climate Change in 1992. But Congress has done little since to speed the decarbonization of the economy, outside of supporting tax credits for wind and solar.

The United States has cut emissions despite the inaction in Washington. U.S. emissions were 17 percent below 2005 levels in 2021, according to the Global Carbon Project, an academic initiative that tracks emissions. Those reductions owe to a combination of technological innovations, market trends and federal tax credits for renewables, along with state and local policies.

But few experts think the United States can cut emissions half of 2005 levels by the end of the decade, as President Joe Biden pledged, without a massive push from the federal government. Modeling from Energy Innovation, Rhodium Group and Princeton University found the “Inflation Reduction Act” puts the United States on track for emission reductions of roughly 40 percent by 2030.

U.S. emissions are on pace to increase for the second consecutive year in 2022. That means America will need to cut its carbon output by roughly 3 percent every year for the rest of the decade to hit the 40 percent threshold.

By comparison, the United States averaged annual emissions reductions of 1 percent between 2005 and 2021. The outlook for strengthening those reductions is better than it was at the beginning of the summer, when the nation’s decarbonization fortunes rested on new EPA regulations and the infrastructure bill passed last year.

EPA had its authority to write greenhouse gas regulations curtailed by the Supreme Court in June, while the infrastructure bill funds research and development that will be valuable to long-term decarbonization efforts.

Passage of the “Inflation Reduction Act” should make EPA’s job easier because it will lower the cost of clean energy technologies needed to comply with any new regulations, Friedmann said (see related story).

It also offers enhanced tax credits to clean energy developers who pay prevailing wages and provide apprenticeships, boosting the pool of people needed to build new infrastructure. And it would give money to federal agencies for hiring staff to work on expanded permitting of clean energy projects.

But perhaps the most valuable part of the “Inflation Reduction Act” is the way the Senate finally arrived at the deal, Friedmann said.

“At the end of the day, very divergent political positions, very divergent solutions and sensibilities came together,” he said. “People gave a little to get a lot. That is what we need to succeed globally. We are going to need to do this in other contexts, in other countries. This is behavior we must repeat.”