A loser in climate package, hydropower makes plea for help 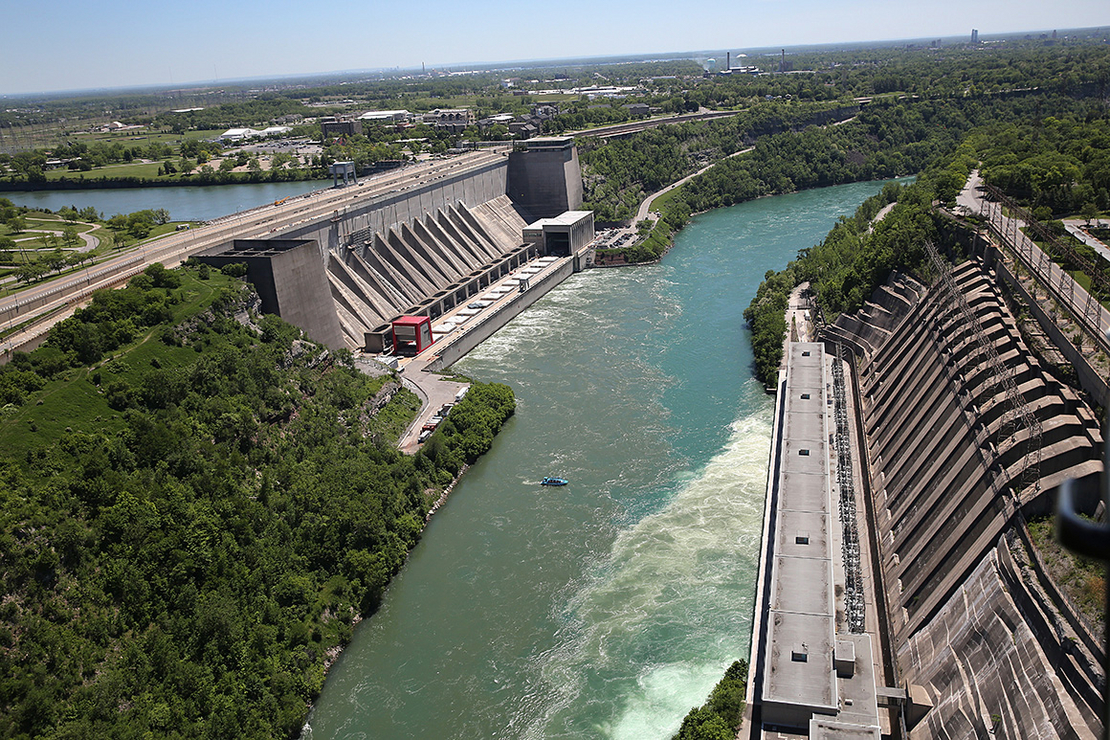 The hydropower industry is raising the alarm that more than a third of the existing dam power fleet could opt for decommissioning should Democrats fail to include new tax incentives in its reconciliation package.

Hydropower advocates warned yesterday that following the collapse of the $150 billion Clean Electricity Performance Program — originally the centerpiece of the Democrats’ climate efforts in reconciliation — the existing hydro fleet could fall behind other clean energy sources.

“We call ourselves the renewable that integrates other renewables, and I don’t think folks on Capitol Hill have really thought through how getting rid of the CEPP and providing these incentives is going to impact the … clean energy grid,” National Hydropower Association CEO and President Malcolm Woolf said in an interview with E&E News yesterday.

He said that minus parity for the incentives, there could be a loss of nearly 38 percent in hydro-generation, citing a recent survey of its members. The loss of revenue from the CEPP could also affect an ambitious effort by industry and conservation groups to revitalize and tear down older dams, backers say.

Hydropower made up 7 percent of all generation in 2020, making it the second biggest renewable energy source deployed across the grid, behind wind.

Many have heralded the power source both for its baseload generation profile as well as its energy storage and flexibility capabilities that enable additional renewable energy onto the grid.

The CEPP would have offered utilities money as a reward for using clean energy sources and adding additional clean energy technologies to the grid. Such a program would appear to have greatly benefited existing hydropower and nuclear plants that provide baseload power to the grid.

Democrats have turned to tax credits as a main driver of emission reductions following the hardened opposition of Senate Energy and Natural Resources Chair Joe Manchin (D-W.Va.) to enacting the CEPP.

The tax package is expected to total $300 billion, but negotiators are still hashing out the length and breakdown of what technologies receive extensions. While wind, solar and energy storage credits have been central to those talks, lawmakers have also added a new nuclear production tax credit to keep its struggling fleet humming.

So far, however, hydro has been left out of the conversation. That could put the resource at a financial disadvantage to other clean energy resources.

“We could be moving one step forward and two steps backward on climate as we lose tens of thousands of megawatts of this baseload resource,” said Dan Reicher, senior scholar with Stanford Woods Institute for the Environment. “We can’t on the one hand be building tens of thousands of megawatts of new solar and wind and be losing similar amounts from the hydro resource.

“We’ll be stuck where we are or go backward,” he added.

To fill in that funding gap, the hydro industry is making a last-second push for lawmakers to include in the reconciliation package an investment tax credit, valued at 30 percent, that would seek to align the technology with other clean energy sources.

That push is based off legislation, S. 2306, first introduced by Sen. Maria Cantwell (D-Wash.) earlier this year. The credit would extend to dam safety improvement projects, environmental restoration projects and grid resiliency attributes of the existing hydro-fleet.

All three qualifying projects align with the ambitions of a broader industry and river conservation coalition, first announced last year, that is seeking to bridge the historical divide between hydropower and environmental groups through a restoration, safety improvement and dam deployment initiative (Energywire, Oct. 14, 2020).

The effort is projected to cost as much as $63 billion as the coalition looks to touch some 90,000 dams.

“The tax credit is an important part of the tools to encourage industry’s investment in dam removal and environmental mitigation and dam retrofits,” said Tom Kiernan, CEO of American Rivers. “Tax credits have proven an important financial strategy to encourage investment that you want to see throughout the country.”

While the industry pleads for the tax credit, Congress has not ignored all their demands. Included as part of the bipartisan infrastructure bill, lawmakers attached $2.3 billion for dam removal, safety improvement and maintenance.

The spending would represent a significant down payment on the goals of the coalition, backers said. But of that total, only $550 million is reserved for maintaining hydro facilities, a figure that many see as too little.

“There’s 2,500 hydro facilities out there, so $500 million to maintain the existing fleet is just a drop in the bucket, and the tax credit is what’s really needed,” Reicher said.

Correction: An earlier version of this story contained an incorrect total for the Clean Electricity Performance Program. The Democrats’ CEPP would have totaled $150 billion.