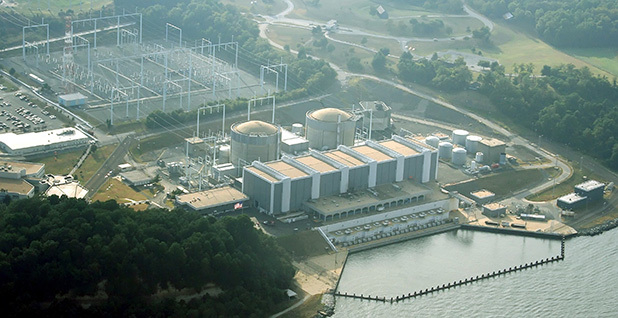 Nuclear energy’s potential as a weapon in the fight against climate change remains contentious, however. Some climate scientists warn that it’s going to be difficult to keep warming in check without a zero-carbon-emissions baseload power source to replace the nation’s aging nuclear power plants (ClimateWire, Dec. 4).

The model emerged as a standard in the early days of the nuclear energy industry, when radiation’s impact on health was uncharted territory.

"They basically said there was no lower radiation limit that wouldn’t cause damage," said Carol Marcus, a professor of radiation oncology, nuclear medicine and radiological sciences at the University of California, Los Angeles, medical school. "As the years have gone by, you can imagine the amount of bureaucracy that’s grown up to protect you from a single atom."

"In order to save their jobs and their funding, they invented a national crisis. ‘My God, CT [computed tomography] scans are killing people!’ And there’s no data to support it," Marcus said.

Marcus said the science doesn’t support these rules and a growing body of research seems to indicate that low levels of radiation may actually have health benefits, stimulating the activation of repair mechanisms that protect against disease.

‘This is a controversial rule’

Meanwhile, coal-burning power plants actually pump more radiation into the environment than nuclear power plants since trace radioactive elements like thorium and uranium end up concentrated in fly ash waste. But these fossil fuel plants are outside NRC’s purview.

"It’s important that, if we’re considering air pollution, to be realistic about what sources of power there are that can provide the power we need," Dunzik-Gougar said.

She said the agency is taking Marcus’ comments and similar petitions under advisement and is reviewing comments on the proposal for a new radiation rule. "This is a controversial rule," Conley said. "We’re really only in the early phases of going through those comments."

Correction: An earlier version of this story misframed a source’s comments about a federal agency. The story has also been revised to clarify the results of the thyroid study and to specify the medical specialty affected by proposed radiation rules.