A plant dies, and some ask if nuclear can help the climate 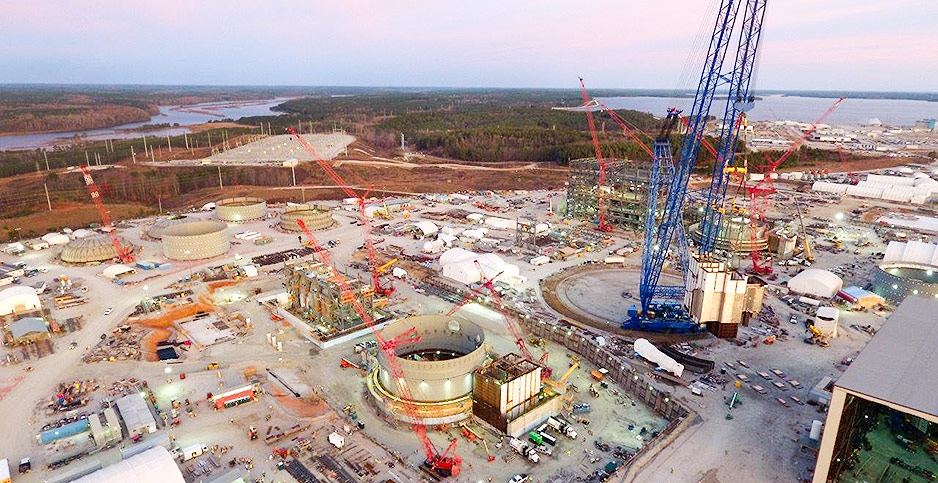 Cancellation of the V.C. Summer nuclear plant expansion is raising questions about the role of nuclear generation in U.S. climate efforts. South Carolina Electric and Gas/Flickr

The decision sparked an immediate debate among greens seeking to curb carbon dioxide emissions. Nuclear advocates said it illustrates the need for further government support, arguing that America risks losing not only the workforce and supply chain needed to service a civilian nuclear industry, but also a valuable tool for decarbonizing the power sector.

Others said the project’s cost overruns and construction delays make new nuclear facilities an impractical tool to solve the climate conundrum. V.C. Summer’s projected cost had ballooned from an initial estimate of about $11 billion to more than $20 billion (Energywire, Aug. 1).

"To say a nuclear plant is going to cost twice what you said it’s going to cost, that’s not sensible engineering or business," said John Parsons, executive director of the Massachusetts Institute of Technology’s Center for Energy and Environmental Policy Research. "I hope it will become part of the solution, but in order to do that, it has to be done sensibly and economically."

V.C. Summer was supposed to herald a new era for America’s nuclear industry. Instead, it came to symbolize the rapidly changing nature of the U.S. power sector. When South Carolina Electric and Gas Co. and Santee Cooper, a state-owned power company, announced their decision to build the reactors in 2008, natural gas prices were high, and most analysts were projecting an increase in electricity demand. Almost a decade later, natural gas prices remain stubbornly low, and power demand is stagnating. Combined with the bankruptcy of project contractor Westinghouse Electric Co. LLC, those factors all but doomed the project, analysts said.

The reactors’ abandonment leaves Southern Co.’s expansion of Plant Vogtle as the nation’s only new nuclear facility under construction. It also coincides with a shift in regulatory policy, observers said.

V.C. Summer’s prospects were better under the Clean Power Plan, former President Obama’s carbon-cutting strategy, said Nathan Richardson, an associate professor at the University of South Carolina School of Law and a visiting fellow at Resources for the Future, a think tank. South Carolina has relatively limited potential for renewables, making the new reactors central to the state’s compliance with the regulations.

With the Clean Power Plan on death row, there is little incentive for utilities to push through such an expensive project, Richardson said. He predicted that South Carolina’s coal plants will run longer and at higher capacity now that the reactors won’t be completed.

"It is a reminder that we’re heavily reliant on fossil fuels. That is not going to change without a comprehensive plan for carbon abatement," said Catherine Hausman, an associate professor of policy at the University of Michigan who has studied nuclear retirements in California.

The V.C. Summer decision comes as nuclear advocates struggle to preserve the country’s existing fleet of nuclear generators, which now provide roughly 20 percent of U.S. power generation. A June report by Bloomberg New Energy Finance estimated that about half of the country’s 61 nuclear plants are losing money. New York and Illinois have passed legislation aimed at propping up nuclear facilities struggling to compete against their renewable and gas-fired counterparts. Lawmakers in Connecticut, New Jersey, Ohio and Pennsylvania are also considering assistance packages.

Michael Buchdahl Roth, a doctoral candidate and researcher at Carnegie Mellon University, estimates that U.S. carbon emissions would increase by about 400 million metric tons annually if all of America’s nuclear plants, or roughly 20 percent of present power-sector emissions, were replaced with natural gas. That figure would rise to 800 million metric tons annually if nuclear units were replaced with coal.

A paper authored by Roth and Paulina Jaramillo argues that preserving many existing nuclear plants is generally a more cost-effective emissions reduction strategy than building new wind and solar. Disagreement among environmentalists persists, but statistics like those have helped rally support from greens in efforts to preserve existing nuclear facilities.

"For new nuclear, this project is a good sign that new conventional nuclear projects are probably dead," said Alex Gilbert, co-founder of SparkLibrary, an energy research group. "If you’re a regulator or utility looking to reduce emissions, it’s probably best to keep as much nuclear you have now online and add new renewables."

"The cost of building the new ones are unreasonable; at least as they’re being offered now," said Parsons, the MIT professor. "From a policy perspective, it makes sense to protect the old ones and reject expensive new ones."

Nuclear advocates acknowledge that spiraling costs and lengthy construction times remain a hurdle for the industry. But they say new nuclear facilities remain a critical piece to solving America’s climate puzzle. Plans to expand V.C. Summer and Vogtle would have displaced coal generation, said Josh Freed, vice president for clean energy at Third Way, a think tank. And while natural gas serves a vital role in the country’s power mix today, there will come a time when the United States needs baseload power from non-carbon-emitting sources.

The long-term impacts are potentially more worrying, Freed said. V.C. Summer’s struggles stem in part from the fact that the United States lacks the workforce and supply chain to support new nuclear facilities after a three-decade construction hiatus. That hinders not only plants like V.C. Summer, which employed a new reactor design, but efforts to deploy advanced nuclear technologies like small modular reactors. Federal support is needed to ensure that both can play a future role in reducing carbon emissions, Freed said.

"I think we’ve seen, almost every week, a new set of scientific reports showing the seriousness and urgency of addressing climate change now," he said. "The U.S. and world needs to rise to this challenge and use all the tools we have at our disposal that are zero-carbon to meet this challenge. That includes nuclear."