A pledge inked in Glasgow is already in doubt 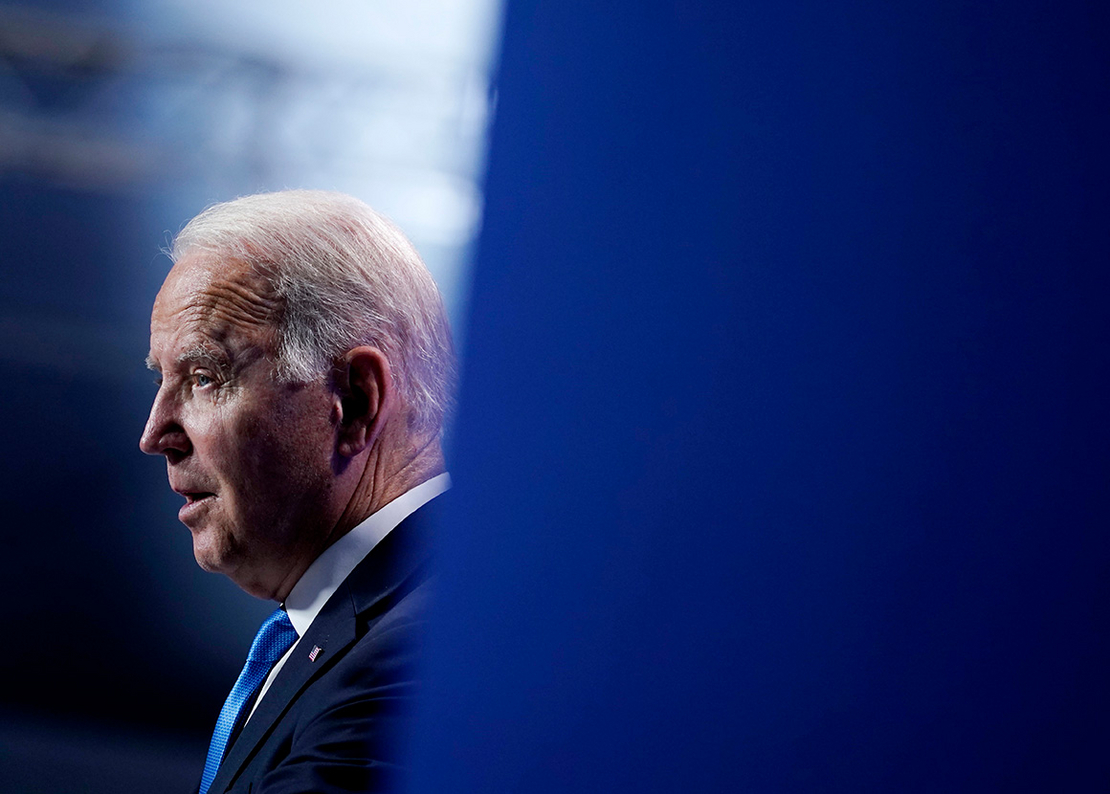 One decision that came out of last year’s climate negotiations gained more attention than others for the pressure it puts on nations to cut planet-warming pollution faster.

Rather than wait until 2025 to submit new plans for reducing emissions, each country would need to update their targets this year, according to the final pact sealed in Glasgow, Scotland.

That’s necessary because the world is lagging so far behind scientific assessments that warn of irreversible impacts from rising temperatures. Recent heat records and the rising use of fossil fuels and emissions have underscored the challenge.

“We’re in trouble,” U.S. climate envoy John Kerry said last week. “Not trouble we can’t get out of, but we’re not on a good track.”

But even before the ink was dry on the Glasgow pact, questions about how many nations would actually honor their pledges were already circulating.

Known as nationally determined contributions, or NDCs, these plans are submitted to the United Nations and outline how each country will contribute to the temperature goals of the Paris climate agreement.

Together, they should add up to enough emissions cuts to keep global temperatures from rising above 1.5 degrees Celsius (2.7 degrees Fahrenheit). As part of the Paris pledge, countries agreed to submit new plans every five years that would cut their emissions more than the plan preceding it.

But in 2021, the first year such updates were due, some countries like Australia and Indonesia submitted targets that did nothing to limit their emissions. Others, like India, didn’t submit new plans at all.

According to an assessment by the United Nations Environment Programme, the promises countries made to cut emissions by 2030 put the world on track for warming of at least 2.7 C.

“The reason that this language was agreed in Glasgow is to try to start to close some of that gap still for the 2030 time frame,” said Taryn Fransen, an international climate policy expert at the World Resources Institute.

“If we shave some of those 2030 emissions off now, we still don’t have an easy task by any means, but we will not have quite as daunting a task as if we wait for another five years to do anything,” she added.

The Glasgow pact requests countries to revisit and strengthen their 2030 targets “as necessary” to align with the Paris Agreement by the end of 2022.

Fransen said she thinks the language is meant to try and eke out as much action as possible, particularly from major emitters that haven’t pledged enough.

The challenge will be getting them to do so.

“There has always been this tension that the same countries that say we’re committed to the Paris goals then don’t make commitments to actually meet those goals,” said Drew Shindell, a professor of climate sciences at Duke University.

The Paris Agreement lacks a formal enforcement mechanism and doesn’t mandate how much individual countries should cut their emissions. If one country doesn’t meet its goal, other countries have to do more.

“It’s something we have to accept about the NDC process, that what people have committed to is that we will all together produce NDCs which are compatible with an increasingly agreed climate target, but any one country can say, ‘But I think I’m already doing my fair share, and it’s up to others to improve,’” said Adair Turner, chair of the Energy Transitions Commission and a senior fellow at the Institute for New Economic Thinking.

According to the Intergovernmental Panel on Climate Change, the world needs to cut global emissions 45 percent below 2010 levels by 2030 to keep temperatures from exceeding 1.5 C. Many of the world’s major economies, including the United States, have set national targets that are consistent with that benchmark.

Kerry suggested at the close of November’s COP 26 climate conference that the U.S. would not submit a new target.

“You don’t automatically have to come back with a new NDC,” he said when asked about U.S. plans. “You have to review it, and ‘as necessary’ you make a judgment about it.”

But legislation that is central to the U.S. meeting its goal of halving emissions by 2030 has collapsed.

Australiaand Canada are also unlikely to put forward new NDCs. And with natural gas and oil prices rising, as well as tensions between Russia and Ukraine, many countries are trying to balance their climate goals with energy security.

At a meeting last week of the Major Economies Forum on Energy and Climate, a grouping of the world’s largest polluters, Kerry asked countries what they were doing to achieve the commitments they agreed to in Glasgow, and urged those whose targets are not in line with the 1.5-C goal to strengthen them.

Ultimately, that requires emissions cuts. But there are other things that go into an NDC that countries can improve upon.

Some countries set targets for sectors, such as power or transportation. They could offer more details on how much emissions need to fall, or how reductions would be delivered, said Fransen of WRI.

China’s target, for example, says the nation will “peak” its emissions before 2030, but it doesn’t put a ceiling on that peak. Its target also applies only to CO2 emissions from the energy sector. But there are other types of gases, such as methane, that China has made no commitments under its NDC to reduce, said Kate Larsen, head of international energy and climate research at the Rhodium Group.

China did not join an international pledge to cut methane 30 percent this decade, but it did agree in a bilateral deal with the U.S. to draft a plan for domestic methane cuts, and U.S. officials floated the idea of national methane reduction plans at last week’s Major Economies Forum meeting (Climatewire, Jan. 28).

Kerry also pressed for a faster shift away from coal — something the U.S. will need to work on. U.S. coal use increased last year, and the Biden administration has not committed to an international agreement to phase out the dirtiest of all fossil fuels.

A ‘new way of thinking’

Beyond target-setting, the act of putting climate plans together matters, say observers.

It’s important that countries don’t set new targets without determining how they can deliver on those commitments, said Alyssa Gilbert, director of policy at the Grantham Institute for Climate Change and the Environment at Imperial College London.

“Obviously you don’t want anything to be a distraction from action,” she said. “But the most important thing is urgent and rapid mitigation.”

For the U.S., the lack of strong climate legislation will require “a new way of thinking” about how it can achieve emissions reductions through other mechanisms, said Larsen of Rhodium.

That will mean new regulations that can survive a Supreme Court challenge, she said, and states and corporate players stepping up beyond what they are already doing.

Still, setting emission reduction targets isn’t easy, and many countries that did strengthen them last year fought hard political battles to do so.

“To see an outcome where some of these countries go back and fight that battle again in the next few months is a little bit hard to imagine,” said Fransen of WRI.

That means the world may confront a situation later this year where some countries offer stronger commitments but together they fail to close the gap between where emissions are and where they need to be.

And that could leave a big question hanging over this year’s climate negotiations in Sharm El-Sheikh, Egypt.

“I wouldn’t say if we don’t get significant new commitments this year, that is a failure,” said Larsen. “I would say it means we need to dial up our efforts to consider whether or not this framework is working.”