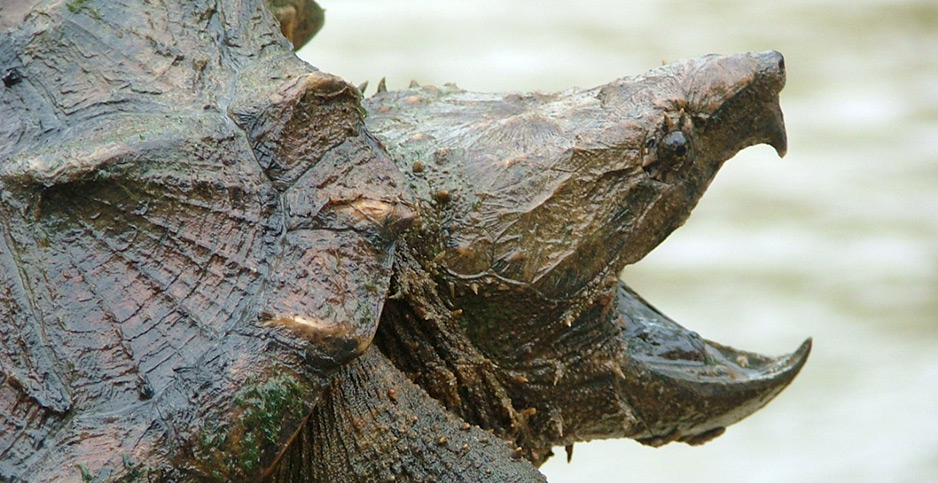 A Fish and Wildlife Service proposal to protect the alligator snapping turtle has provoked debate over questions that are at the heart of the Endangered Species Act.

Conservationists and a number of scientists agree with the agency that the turtle needs federal protection. But skeptics question the data about the species’ population and raise red flags about potential impacts on the maintenance of Texas highways.

Now, with a few days remaining in a public comment period, the Fish and Wildlife Service is about to get hit with the last-minute pleadings that often accompany high-profile ESA decisionmaking.

“Turtles and tortoises are among the world’s most endangered vertebrates, with more than half of the world’s 360 species threatened with extinction,” scientist Craig Stanford wrote, adding that “habitat destruction is one of the main causes of this extinction risk.”

“Federal protection under the Endangered Species Act has strong support from data on population declines across its range due to commercial harvesting, pollution and degradation of watersheds on which it depends,” Stanford wrote Dec. 21.

Others aren’t so sure.

“There is little data to provide accurate abundance estimates and comparisons between current and historic ranges. The amount of information requested in the proposal for listing on basic life history, population ecology, range, and abundance illustrate the proposal’s lack of readiness,” the Texas Department of Transportation wrote.

The Texas agency added in its Dec. 23 letter that the population estimates “have a very high degree of uncertainty.” And though the agency conceded that “listing may be warranted,” it warned about the need to take human infrastructure into account when designating the scope of federal protections.

“There are thousands of bridges and culverts located in Texas within the range of the [turtle],” the letter signed by agency Executive Director Marc Williams stated. “These structures are routinely replaced, repaired, and maintained.”

Williams added that “the proposal does not offer a mechanism for determining the risk of effect and/or take of the [turtle] because of these activities.”

The Fish and Wildlife Service proposed listing the species as threatened in November (Greenwire, Nov. 8, 2021).

The service’s proposal includes a so-called 4(d) rule that would allow some incidental take. The design of this rule and what it permits could present the agency with some of its biggest challenges, such as with how it lays out the “best management practices” state highway agencies must follow.

North America’s largest species of freshwater turtle, the animal can weigh in at about 250 pounds and live more than 80 years, if left undisturbed.

“There is an international and domestic demand for turtles for consumption as well as from enthusiasts who collect turtle species for pets. The alligator snapping turtle is no exception,” FWS said (E&E News PM, Aug. 22, 2017).

FWS had agreed to consider whether to protect the alligator snapping turtle and eight other species under a 2016 settlement with the Center for Biological Diversity.

Although the overall population across the current range is estimated at about 360,000 turtles, the agency said the species has been slow to recover from the historical harvest pressures.

“In the 50+ years I have been doing herpetological work in Kansas, the Alligator Snapping Turtle has been the least frequently reported turtle species,” wrote retired University of Kansas biologist George Pisani, adding that “the time is, quite frankly, overdue for this listing.”

Commercial harvest of alligator snapping turtles is now prohibited in all states within the species’ range, but the service noted that “the impacts … continue to affect the species due to its low fecundity, low juvenile survival, long lifespan, and delayed maturity.”