‘A solid floor’: How new rules could remake EV charging 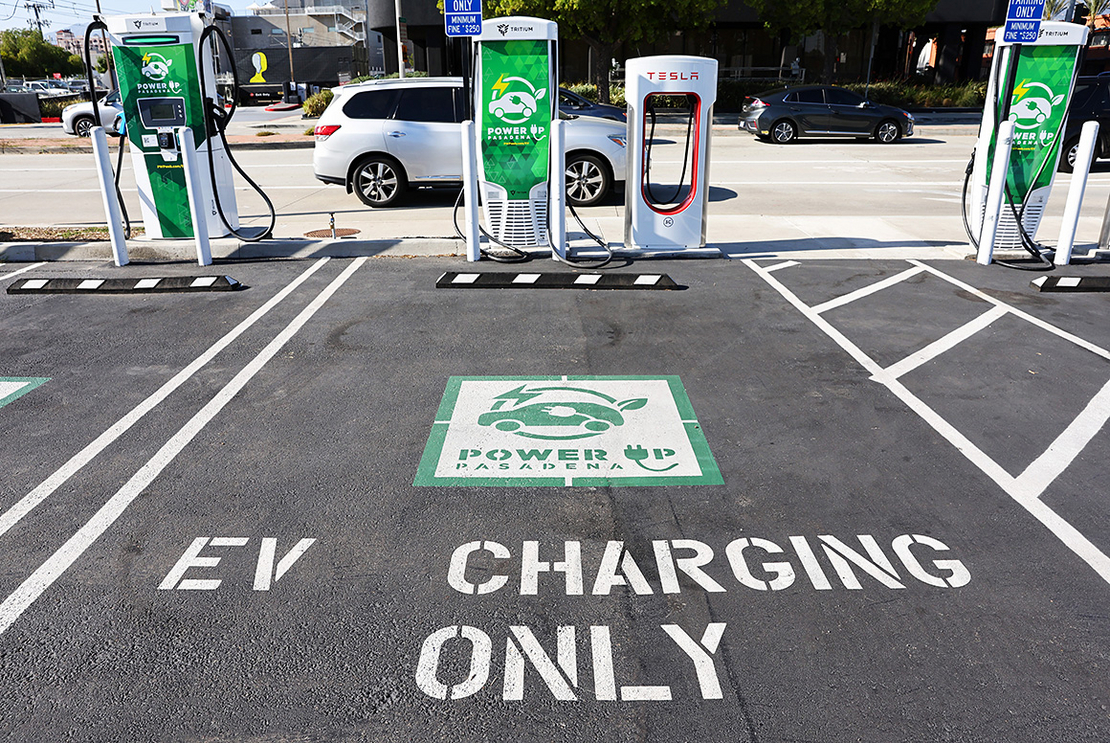 The nation’s electric vehicle charging stations — an improvisational curio shop of machines that often don’t work — might become more reliable and easier to use thanks to new government rules.

That is the conclusion of longtime electric vehicle watchers, who cheered the federal guidelines.

Until now, “it’s been mixed, to be polite,” said Dan Bowermaster, the head of EV research at the Electric Power Research Institute. “It’s great that this focus is on how do we as an industry scale up as quickly and as cost-effectively and, you could say, as driver-friendly as possible.”

The pot of money is intended to be a jolt that transforms the EV charging effort from scattershot to standardized, the better to deliver electrons to a wave of millions of EVs soon to come from automakers. The stations are essential to replacing the gasoline- and diesel-burning vehicles that form the biggest slice of America’s climate emissions.

Experts say that a side benefit is that the federal government, with its authority and purse, can set ground rules that make the e-fueling experience more trustworthy and consistent, and set a baseline for what drivers and others should expect from a charging station.

“What we’re going to see is cohesion now,” said Nick Nigro, the founder of Atlas Public Policy, an EV advisory group. “This rulemaking is going to build a solid floor on which to build a national charging network.”

The new rules cover a spectrum of practices.

Among them are guidelines for how people pay and transparency into the price; how much energy the chargers deliver and how reliably; and what expertise is needed to build and maintain the station.

The charging station as it exists today is often frustrating to drivers. Charging sessions are bespoke experiences that vary in how drivers pay for the session, how much it costs and how much energy is received. Also, the hardware sometimes works only reluctantly (Energywire, Jan. 4).

“Currently, there are no national standards for the installation, operation, or maintenance of EV charging stations, and wide disparities exists among EV charging stations in key components, such as operational practices, payment methods, site organization, display of price to charge, speed and power of chargers, and information communicated about the availability and functioning of each charging station,” the guidelines said.

Experts said that the current system, set up over the last decade, did not create an optimal driver experience.

Instead it has been a hodgepodge, where a menagerie of players tried out new business models and machinery, and responded to the quirks of whatever public funding was available.

“The focus was on working on the technology and getting it out there,” Bowermaster said.

The new rules apply to the majority of federal funding, $5 billion that will be sent to the states by a funding formula at the rate of $1 billion a year through 2027. They will likely form the backbone for another $2.5 billion pot of funding for competitive projects.

The first task the office assigned itself is to build out a network of highway chargers, meant to be 50 miles apart on certain key highways (Energywire, Feb. 14). The guidelines begin a 60-day public comment period this week.

Here are the ways in which the guidelines could matter most to drivers.

For someone driving a Tesla — the majority of U.S. EV drivers today — the charging experience has some pleasant features. On longer trips, the dashboard screen advises the driver what Tesla Supercharger station to visit and how long the battery-charging session will be, and provides real-time updates on whether chargers are available.

The experience for drivers of other electric vehicles has been something else entirely.

Not having the benefit of a single company that provides both vehicle and station, drivers of cars like the Nissan Leaf and Chevrolet Bolt have been obliged to research for themselves where to charge, with no insight into what they’ll find when they arrive.

Several parts of the new federal rules are intended to re-create the Tesla experience by setting common rules for anyone getting federal funding.

The program envisions chargers providing to drivers the basic facts about the station, as well as real-time information on whether it’s working, whether it’s occupied and what the price of fuel is. This data would be available to outside software developers, who might hit on new ways to present it.

The goal, the joint office said, is to “enable effective communication with consumers about available charging stations and help consumers make informed decisions about trip planning and when and where to charge their EVs.”

A key part of this new information architecture is a common data platform, in this case one called ISO 15118. These standards are created by the International Organization for Standardization, a nongovernmental body that sets technical rules in many industries.

Using ISO 15118, the joint office said, would allow chargers to use what is called the “Plug and Charge” protocol. Unlike most chargers today — and in a leap from what gas stations can do — the standard enables a handshake between charger and vehicle and starts the electrons flowing immediately upon docking.

EVs that currently follow that standard include the Ford Mach-E, the Rivian truck and the Porsche Taycan. Tesla vehicles have the ability to plug and charge but use the company’s own protocols.

The ISO 15118 guidelines also include rules for connecting vehicles to the electric grid, which could allow a vehicle’s battery to serve as an asset for buffering the larger system’s needs.

The new guidelines establish several techniques to improve the reliability of chargers.

One is to set the first-ever national standards for the skills and training of installers and maintenance workers. The joint office said that doing so would make stations safer and more reliable to use, and over time cheaper and faster to install.

These workers would be certified through the Electric Vehicle Infrastructure Training Program, a training regimen developed in California and now required by law for publicly funded chargers in that state. The joint office requires that workers be state-certified electricians. If a given state has no such license, then the worker would have to document 8,000 hours of hands-on electrical construction experience.

Relying on the program is not without controversy. In comments made to the joint office, some organizations wondered whether the skills it teaches are actually appropriate to the task and warned of the limited availability of trainers.

Nigro of Atlas Public Policy said a training requirement is needed because clumsy work has contributed to the unreliability of today’s chargers.

“They’re building the plane while it’s in the air,” he said of the current systems for installation and maintenance. “A lot of companies are entering this space without knowing how to create reliable electrical equipment.”

Second, the guidelines address another reason that chargers sometimes fail: When ownership changes, the new owners often lack the skills or incentive to maintain it, leading to breakdowns that erode public confidence in the charging network.

The guidelines would require states to provide a backstop, ensuring that the station would be maintained and operating for five years.

The joint office said that government-aided stations would require chargers to be operable 97 percent of the time. That would be a great leap forward from the performance of most of today’s stations.

The standards for how to get to 97 percent — and even what measurements will be used to construe it — are yet to be written.

Dollarwise, today’s charging is a smorgasbord of experiences.

In most states, a driver can pay by the kilowatt-hour — the equivalent of paying by the gallon — while others only permit charging by charging time.

Prices vary greatly network to network. Many drivers have multiple membership cards in their wallet or apps on their phone, because networks encourage drivers to use membership cards and make standard credit cards a hard-to-use secondary option.

John Gartner, the head of EV research at the nonprofit Center for Sustainable Energy, said that change will make a big difference for drivers used to paying for gasoline with a card swipe or tap.

“I’m going to be able to charge anywhere, and it’s not going to mean a new membership,” he said.

The joint office indicated it intends to serve as a price watchdog, though its plans are vague.

Funding will include “requirements for public transparency when EV charging prices are to be set by a third party,” the guidelines said, adding it would “protect the public from price gouging.”