A storm, an election and special treatment from Wilbur Ross 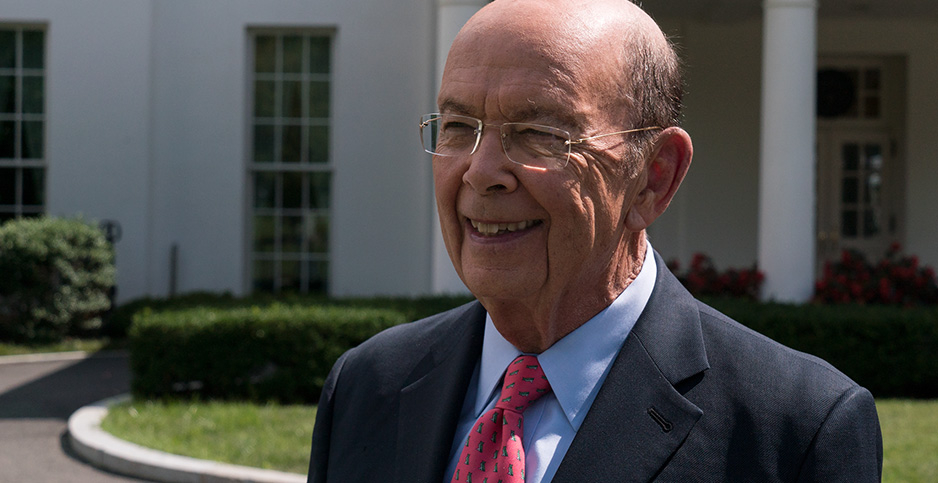 Scott, a Republican, was running to unseat Democratic Sen. Bill Nelson in a razor-close election whose outcome would help determine which party controlled the Senate.

Ross moved with extraordinary speed to rule that Florida qualified for a program that has spent $1.1 billion since 1990 helping to rebuild fishing businesses that were damaged by disasters or environmental conditions such as red tide.

Forgoing a staff review that can take months, Ross issued his ruling in just eight days and announced it in a news release on Oct. 31, 2018.

Ross’ swift action is the only time he has approved emergency fishing aid without a review by NOAA, which is part of the Commerce Department, federal records show. NOAA Fisheries is supposed to evaluate each request for emergency funds for fishing communities, according to agency policy.

There is no indication that Ross’ approval helped Scott win one of the closest Senate elections in U.S. history.

A Commerce Department spokesperson said that Ross had "sufficient preliminary information" to skip the NOAA Fisheries review and unilaterally approve aid for Florida after Hurricane Michael.

But Ross required much more time when other governors made similar requests for fishing aid after major hurricanes. Ross took:

Ross also approved requests by Texas after Hurricane Harvey in 34 days and by North Carolina following Hurricane Florence in 35 days.

The unusual handling of Scott’s Oct. 23, 2018, letter seeking Commerce aid could draw new attention to Ross as he faces investigations into allegedly politicizing the department’s agencies.

A House committee and the Commerce inspector general are probing Ross’ role in a statement released by NOAA in September that contradicted agency weather forecasters and supported President Trump’s incorrect claim that an approaching hurricane could hit Alabama.

A separate House committee is investigating whether the Census Bureau, which is part of Commerce, tried to add a citizenship question to the 2020 census to intimidate immigrants into ignoring the survey, which would weaken Democratic political influence.

Trump himself has been unusually vocal about disaster aid. He has threatened twice to cut off federal fire assistance to California, accusing the state’s Democratic Gov. Gavin Newsom of failing to prevent wildfires. He assailed an aid package for Puerto Rico after Hurricane Maria by writing on Twitter that "Congress foolishly gave 92 Billion Dollars for hurricane relief, much of which was squandered away or wasted."

Yet when he approved disaster recovery funds sought by Republican Gov. Kay Ivey of Alabama after deadly tornadoes in March, Trump boasted in a tweet that he had told the Federal Emergency Management Agency to give "A Plus treatment to the Great State of Alabama." There is no indication that FEMA has treated Alabama differently from other states.

The program that Ross approved for Florida in October 2018 helps local fishing industries recover from damage to fishing equipment and facilities or when fish stocks drop suddenly. The Commerce Department activates the program when it determines that a region has suffered a "fishery disaster."

NOAA Fisheries Policy 01-122 lists the steps to making that determination after a governor takes Step 1 by requesting aid.

Step 2: "The National Marine Fisheries Service [NOAA Fisheries] conducts an evaluation to determine whether a qualifying fishery disaster has occurred."

Step 3: "The [Commerce] Secretary makes a determination based upon the evaluation."

The 14-page policy says nothing about a Commerce secretary approving a request without a NOAA Fisheries review or using only "preliminary information." The policy took effect in 2007 and was renewed in September 2018 by Chris Oliver, whom Ross hired in June 2017 to run NOAA Fisheries.

The agency evaluation involves analyzing economic losses and their cause to determine if an event resulted in sufficient damage to merit federal funding.

In an impromptu interview after a Senate hearing this fall, Oliver could not explain why Scott’s request after Hurricane Michael was approved so quickly compared with other post-hurricane requests.

"I don’t know," Oliver said. "There may have been different circumstances. I don’t have a good answer for you.

"In the case of a hurricane, where you have an immediate and obvious disaster, we’ve made those determinations rather quickly," Oliver added.

A Commerce Department spokeswoman said that the "preliminary information" that Ross used to approve Scott’s request included Trump’s disaster declaration for Florida after Hurricane Michael and "the severe impacts to commercial fishermen" that Scott noted in his one-page letter to Ross.

But that kind of information is customary in the requests that governors sent Ross after hurricanes.

Each of the six requests for aid came after Trump had issued a federal disaster declaration, which gives states FEMA money for cleanup and rebuilding.

And each governor wrote a brief description of the hurricane damage sustained by the local fishing industry.

It’s not clear whether Scott publicized the decision by Ross in 2018 to provide aid. Archived news releases kept by the Florida Division of Emergency Management don’t show any releases about Scott’s request for aid or Ross’ approval.

Scott’s Senate campaign tried to capitalize on his general response to Hurricane Michael, a Category 5 storm that caused an estimated $25 billion in damage when it hit the Florida Panhandle on Oct. 10, 2018.

"They wasted no time in turning around a campaign ad that ran statewide highlighting his leadership, particularly during Hurricane Michael," said Joshua Scacco, a communications professor at the University of South Florida.

One television ad featured Scott in a Navy baseball cap touring damage and distributing emergency supplies, according to the Tampa Bay Times.

Scott spokeswoman Sarah Schwirian told E&E News in an email, "Senator Scott always fights to make sure Floridians quickly receive the resources they need to recover from hurricanes and return to their normal lives."

When he was governor, "Scott fought for quick approval of the federal fishery declaration [in 2018] to help the coastal community and its many families and businesses that depend on the success of our fishing industry," Schwirian added.

Nelson, the former three-term senator, could not be reached for comment. Several former Nelson aides did not respond to emails.

Since taking office in February 2017, Ross has approved 33 requests by governors and tribal leaders for emergency fishing aid. His approvals took an average of 335 days from the date a request was made, according to an E&E News analysis of NOAA records.

The six requests made after major hurricanes took an average of 71 days (83 days excluding Scott’s request in 2018).

The Commerce Department has historically approved fishing aid more quickly after hurricanes because damage is easier to discern. The Obama administration took just three days to approve requests for aid by New Jersey and New York after Superstorm Sandy in 2012. The approval letters say that NOAA Fisheries "is examining the effects of Sandy" on the two states and that Commerce’s acting secretary has determined that they are eligible for federal help.

By contrast, when governors seek fishing aid after environmental incidents such as red tide, decisions can take up to three years as NOAA Fisheries analyzes fishing revenue over a long period to assess economic impact of an event.

Approving a request for fishing aid does not always generate money immediately, in part because the program does not have an annual budget. The Commerce Department waits for Congress to make a special appropriation to allot funds.

The program had no money when Ross approved Scott’s request in October 2018. Florida and other states that Ross has approved for fishing aid since late 2018 have not received any cash.

Members of Congress have complained about the length of time the Commerce Department takes to approve fishing aid and are weighing measures to expedite the process.

"The declaration process can be slow and cumbersome," Senate Commerce Chairman Roger Wicker (R-Miss.) said at a hearing on fishing aid in September. "Our fishermen deserve more timely consideration and relief."