A ‘taboo’ idea could cool Earth, or harm it 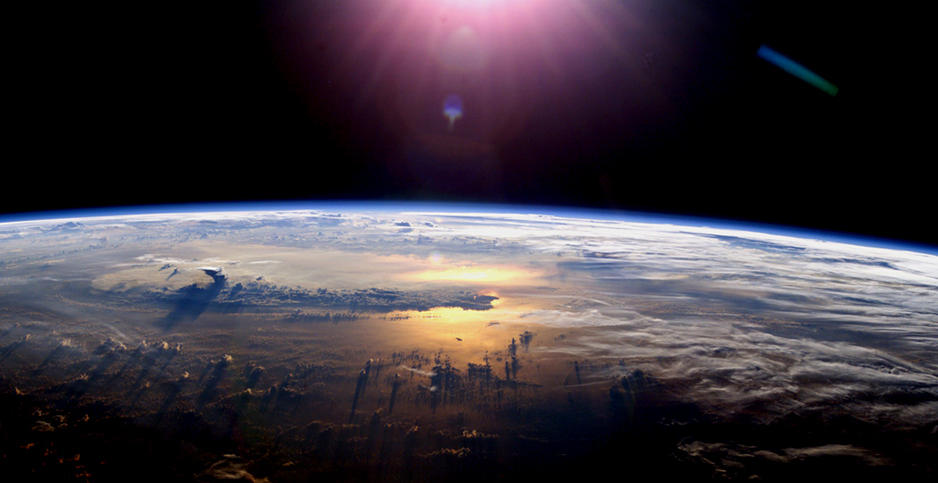 There's debate among scientists about putting manufactured substances in the atmosphere to reflect sunlight. NASA

Some scientists are finding fewer risks related to solar geoengineering than determined in earlier studies, adding emphasis to calls for a global body to monitor proposals that would inject substances into the upper atmosphere to reflect sunlight away from Earth.

A few researchers have also outlined an insurance program that they say might help smaller nations protect themselves from potential but unintended consequences of artificially shading the Earth.

Climate scientists David Keith of Harvard University and Kerry Emanuel of the Massachusetts Institute of Technology are among the authors of a paper that attempts to answer a growing political question: Would some nations be worse off if attempts to block solar radiation were combined with emissions cuts to limit the risks of climate change?

There is concern in the scientific community that putting reflective aerosols in the atmosphere could worsen droughts and hurricanes in some regions if geoengineering isn’t regulated (Climatewire, March 12). Keith and Emanuel found that halving the amount of man-made aerosols that might be injected into the stratosphere could reduce the risk of these side effects, if the process is performed uniformly around the world. The likelihood of adverse consequences projected by earlier studies "may be overstated," their paper concluded.

A second study by Keith and a research assistant at Harvard, Joshua Horton, suggests that a form of insurance originally designed to protect farmers against crop losses could be modified to create financial "risk pools" that give smaller nations some compensation for damage from uneven results of such tests, if they do occur.

"It takes concerns of developing countries seriously," explained Horton. "It’s reasonable for them to be concerned. They want some measure of assurance that if things go wrong, they wouldn’t be screwed."

The two studies are part of a growing effort to broaden an international dialogue on solar geoengineering, or solar radiation management, and to develop some form of global governance over research. The oversight is regarded as a necessary but missing piece of this emerging scientific and political puzzle.

The idea of injecting aerosols into the stratosphere to help cool the Earth has been known in the United States since 1965, and it’s the subject of at least 100 academic papers since 2000.

But there has been relatively little formal research — and even less financial support — on the subject because it’s "taboo," Keith said. He added that he believes the international focus should be on cleaning up the climate "mess" created by CO2 emissions since the industrial age. He said that solar engineering might be a helpful and perhaps vital supplement if efforts fall short of global targets on emissions. Others have argued that it is "messing with nature."

Keith, a physicist who has worried about the problem since the 1990s, recently acknowledged that the insular character of geoengineering might pose its own problem. "At this point, research is still dominated by a small group of scientists. This means real danger of groupthink. We may simply be wrong."

This has recently become more than just an academic question. Last winter, four small nations participating in a working group of the Montreal Protocol — Micronesia, Mali, Morocco and Nigeria — formally raised a question that remains unanswered. Could experiments using aerosols to shield the Earth from the heat of solar radiation harm the ozone layer (Climatewire, June 18)?

Most studies have focused on aerosols made from sulfates, which are spread in the atmosphere by volcanic eruptions. But early research indicates that calcium carbonate, a common mineral dust, might actually help restore the ozone layer while reflecting some sunlight back into space.

In March, a multinational effort seeking a formal assessment on plans for global geoengineering, led by Switzerland, was withdrawn after 10 days of opposition from the United States, Saudi Arabia and Brazil during a U.N. Environment Assembly conference in Nairobi, Kenya (Climatewire, March 15).

Keith is not happy with the outcome. "The big issue is whether there is a serious, international, open-access and well-funded research project to understand the risks and efficacy of solar engineering," he said.

So far there isn’t.

The closest thing to it is a Harvard project called the "Stratospheric Controlled Perturbation Experiment" (SCoPEx). It proposes a small-scale experiment using a propeller-driven balloon. It would ascend to a height of 12 miles over New Mexico and then release less than 2.2 pounds of calcium carbonate (Climatewire, June 14, 2017).

The idea is to create a tubular area in the sky, about six-tenths of a mile long and 109 yards in diameter, through which the sensor-packed balloon could slowly move back and forth, mixing the air and monitoring the solar-reflecting abilities of the scattered materials. It would also track the impact of the treated area on the surrounding atmosphere.

Whether SCoPEx will happen remains unknown. Harvard, sensitive to the question of how to govern such experiments, is in the process of appointing an outside advisory committee to help it oversee and evaluate the experiment. According to Keith, who is involved in the project, the outside committee will help determine if and when the experiment should move forward.

Funding for the experiment will come from Harvard research funds and a list of outside contributors to a fund controlled by Harvard’s Solar Geoengineering Research Program. Compared with U.S. space, defense and climate-related experiments, the cost of the effort will be minuscule.

But in the sparsely populated geoengineering community, SCoPEx is a big deal. According to Harvard analysts, the United States, the United Kingdom and Germany have all supported research since 2012. Last year, the programs consumed a total of $8 million. There are similar efforts in China and Japan.

Janos Pasztor, once the senior climate adviser to the former secretary-general of the United Nations, Ban Ki-moon, is now executive director of the Switzerland-based Carnegie Climate Governance Initiative. He had hoped that the March meeting in Nairobi would lead to an organized approach toward the international governance problem, but that didn’t happen.

"But the fact that it was such a big debate on this subject was a good thing," Pasztor said in an interview. More awareness is needed, and he expects a report being written by the Intergovernmental Panel on Climate Change — another U.N. body — to outline the importance of the issue.

"We will continue to work on this over the next two or three years," he explained, noting that the issue is likely to come up at regional meetings in the Arctic, the Himalayas and Pacific Ocean nations. "There are a lot of things cooking in the pot.

"This will take some time," he added, "but it will have to come before some global body, such as the U.N. General Assembly," where Pasztor thinks that a large number of nations will support more research. "We’re not an advocacy organization. We’re just proposing it to governments. They need to do this seriously."

Last September, at a workshop on geoengineering at Harvard’s Kennedy School of Government, the luncheon speaker was John Holdren, a professor there and the former science adviser to President Obama. The theme of his talk was that the remaining time for academics and politicians to sort out the issues related to solar geoengineering "is shorter than you think."

What he called the "gross inadequacy" of CO2 reduction efforts will trigger what he predicted is a "frantic reach for additional measures."

"When some reach for geoengineering, as they almost certainly will," he predicted, "we’d better be ready with insights."