A Texas group that rejects warming is favored by Trump 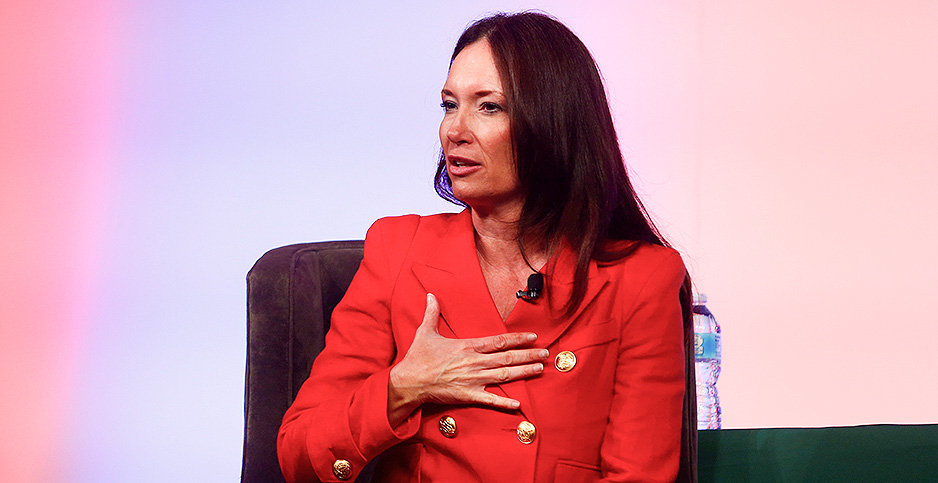 A conservative think tank located in the heart of oil country has a big influence on President Trump’s environmental policy.

The group has a history of pro-energy policy victories in Texas, like defeating public transportation proposals and renewable energy subsidies. It also opposed endangered species protections.

For a relatively small organization, TPPF has an outsize influence on Washington’s energy and environment politics. The group was formed 30 years ago by a conservative Texas millionaire, James Leininger, who made his fortune selling hospital beds. He wanted to boost right-wing policies. Since then, it has grown substantially, and now receives funding from the energy industry and the Koch network.

It also has a remarkable number of its former employees placed in key positions inside the Trump administration.

The Senate narrowly confirmed Bernard McNamee, a fellow with the Texas group, to FERC last month. McNamee was instrumental in helping the Department of Energy develop a plan to subsidize uneconomic coal and nuclear power plants. The move was later rejected by FERC.

Brooke Rollins, who was a driving force behind the foundation’s growth as its CEO for 15 years, is serving as an assistant to Trump in the Office of American Innovation. Multiple employees are now at the Interior Department, including one who sought to roll back protections for endangered species.

In Washington, some TPPF officials hold views that seem too extreme for Republicans. Kathleen Hartnett White was nominated to lead the Council on Environmental Quality, but withdrew after Republicans and Democrats opposed her confirmation amid concerns about her positions on carbon dioxide pollution and other issues.

The foundation’s policy goals of supporting fossil fuels and deregulation align with those of the Trump administration. But so do many free-market outfits. The Texas group owes its firm footing with the president to its deep connections with the oil and gas industry — and with major donors in the oil orbit — observers say. The group has a long relationship with Energy Secretary Rick Perry, dating back to his time as Texas governor, when it helped write policy proposals for him.

Kevin Roberts, executive director of TPPF, attributes its success under Trump to the importance of Texas in shaping national energy politics. He said the group’s vehement opposition to the Clean Power Plan and its pushback against the Obama EPA, in particular, earned attention in Washington. The group didn’t "sit around and hypothesize" like other public policy organizations, Roberts said. Instead, it launched campaigns to promote alternatives to the Clean Power Plan and hosted public events in Washington to get its name out among policymakers in the Capitol.

"We have over the years developed not just credibility on issues, but real policy successes at the state level that, because these are policy successes in Texas and in the arena of energy and environment policy, people pay a little more attention than they might otherwise," Roberts said.

Last year, the foundation opened its first D.C. office. It will expand to 10 employees this year, focusing on national environmental policy, health care and criminal justice reform. That’s on top of the more than 80 employees located at its headquarters in Austin, or as contractors in a handful of states across the country.

One of its goals is to roll back EPA’s endangerment finding for greenhouse gases, the scientific underpinning for the agency’s climate rules. The foundation has been lobbying the White House to revisit how greenhouse gases are regulated under the Clean Air Act. It claims that the Obama administration exceeded its authority in crafting climate policy.

The foundation receives funding from groups that question climate science or push for weaker environmental rules. The Charles Koch Foundation donated almost $2 million to the group in 2017, according to recent tax filings. That was one of the Koch foundation’s biggest contributions. It also marked a sharp increase over Koch’s 2016 contribution of $612,250. In 2015, the foundation gave the Texas group $175,375.

The most recent tax records available publicly for TPPF show a major increase in revenue. The group jumped from raising $10.6 million in 2015 to $18 million in 2016.

Roberts declined to speak about specific donors, but he said its growth in fundraising stems from its work that has reverberated beyond Texas.

"It speaks to the impact the Texas Public Policy Foundation has had here," he said.

The group had a Trump-like platform before Trump even announced his candidacy, said Dave Anderson, a spokesman for the Energy and Policy Institute, which monitors fossil fuel industry campaigns against renewable energy policies. As the administration struggled to staff its agencies, the foundation gelled naturally with its more radical environmental positions, he said. The Texas group has a history of misrepresenting climate science, Anderson said, and that might have appealed to the Trump administration.

"The foundation shared a lot of goals that Trump expressed during the 2016 election: rolling back the Clean Power Plan, exiting the Paris climate agreement and even trying to eliminate the endangerment finding for greenhouse gas emissions," Anderson said. "So you can say that they’re on the most extreme side of the conservative wing when it comes to environmental issues, which is where Trump seems to fall, as well."

For an administration attuned to the concerns of the energy industry, TPPF offers a full range of services. It has attacked environmental regulations and climate science and has fought to keep coal plants open. It has state operatives throughout the country engaged in similar work. Some of them focused on weakening support for wind energy.

It also has the endorsement of the oil and gas industry. While TPPF does not disclose its funders, a 2010 funding list accidentally posted to GuideStar USA Inc. and first revealed by the Texas Observer provides a glimpse. The filings show the largest sums came from the Koch network, but other energy companies, including Exxon Mobil Corp., Chevron Corp. and ConocoPhillips, also contributed.

Roberts said it would be wrong to write off TPPF as a front group for the energy industry. He pointed to its work on health care and education policy, as well.

"If the big oil companies gave us as much money as our critics say they do, we would pose an even greater threat to the liberals than we already do," Roberts said.

Many of the group’s alumni are placed in areas of the government where they can help shape environmental policy.

Rollins was CEO of TPPF from 2003 until last year, when she went to work in the White House. She is credited with transforming the foundation from a minor player in local politics to a national force.

Rollins has embraced groups that reject climate science, like the Heartland Institute. Speaking at Heartland’s annual conference last year, Rollins said that dropping out of the Paris climate agreement would "really help people and change lives and clean our air better than almost anyone else in the world."

Trump recently appointed McNamee to FERC. Before working with Perry on the failed DOE plan to prop up failing coal and nuclear plants, McNamee directed the Texas foundation’s "Life: Powered" campaign, which promoted fossil fuels as the cause of "human flourishing."

McNamee’s views on climate are outside the mainstream. He was narrowly approved by the Senate after controversial comments came to light, including his claim that carbon dioxide is "not a real pollutant." He was also seen in a video telling a story about how he instructed his son to "just deny" climate science at school, even if it means failing the class.

Susan Combs was nominated for the No. 3 spot at the Interior Department but failed to receive a Senate vote. Combs has described the listing of endangered species as "incoming Scud missiles" that interfere with energy operations. When her Senate confirmation looked unlikely, former Interior Secretary Ryan Zinke appointed Combs as the acting assistant secretary for Fish, Wildlife and Parks. She’s responsible for enforcing the Endangered Species Act.

Doug Domenech, another veteran of the Texas group, is assistant secretary of the Interior for insular areas. When he was at the foundation, Domenech lead a campaign on the "forgotten moral case for fossil fuels."

Since arriving at Interior, he has continued to meet with his former foundation colleagues, according to reporting by The Guardian and the Pacific Standard. Among the topics in one meeting was a rare spider on the endangered species list that the foundation has fought to remove, the outlets reported. Domenech has a long history of rejecting climate science and downplaying humanity’s role in global warming.

Ryan Nichols is an adviser to the Office of Water and Science in the Interior Department. Before that, he worked for the Heritage Foundation, where he organized a climate and energy conference with TPPF that highlighted researchers who reject the scientific consensus on climate change.

Mario Loyola, who was a senior fellow at TPPF and described climate scientists as "alarmists," is an associate director of the White House Council on Environmental Quality. Caroline Espinosa, who currently works on criminal justice reform at the foundation, was on the policy planning staff for the secretary of State. Doug Deason, who is on the TPPF board of directors, was an informal adviser to former EPA Administrator Scott Pruitt.

The group has shown that it’s able to transform its success in Texas, where its views are aligned with state Republican leaders, into a national model, said Luke Metzger, executive director of Environment Texas. The Trump administration’s boosting of the fossil fuel industry has clearly been shaped by TPPF, he said.

"They try to wrap their message in a free-market ideology in saying we shouldn’t pick winners and losers and we shouldn’t be incentivizing renewables, and of course they fail to mention that fossil fuels also get quite a good deal of incentives," Metzger said. "So they’re very selective in their application of free-market ideology and really put their thumb on the scales for fossil fuels and nuclear power."