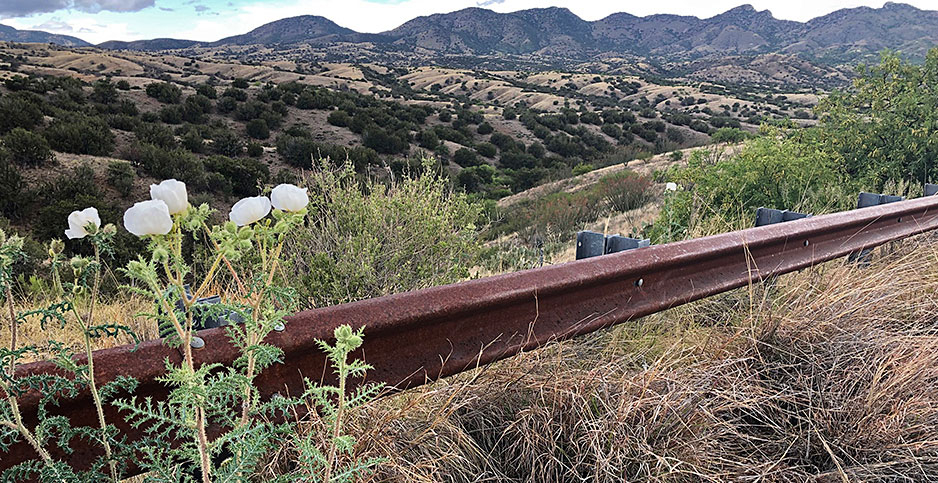 The Biden administration is ditching an Army Corps of Engineers policy that barred early consultation with Native American tribes over the fate of wetlands and streams — a move fueling calls to halt a massive and controversial copper mine in Arizona.

In a memo obtained by E&E News, Jaime Pinkham, acting assistant secretary for civil works, told Army Corps staff he is rescinding guidance issued in January that directed the agency’s Los Angeles District not to consult with tribes regarding the proposed Rosemont Copper mine.

Corps officials confirmed the ban was being implemented across the nation.

He also announced a review will be conducted to ensure tribes are being consulted on "jurisdictional determinations," which are good for five years and pave the way for mining companies, developers and property owners to obtain permits to fill or dredge streams, tributaries, lakes, wetlands, ditches, swales and stormwater ponds.

Wetlands and streams that are not given federal protection could be damaged and destroyed, along with their abilities to sequester carbon and protect downstream water quality.

"Among my first priorities are to review the existing USACE Tribal Consultation Policy to ensure it is consistent with, and fulfills the presidential memo," Pinkham wrote. "I will ensure any consultative requirements associated with the review and issuance of Approved Jurisdictional Determinations are included in a revised and updated policy."

The Army Corps, which falls under the umbrella of the Department of Defense, must consult with tribes when any proposed action may significantly affect American Indian lands, treaty rights or other tribal interests protected by statute, regulation or executive order.

The original Army Corps policy blocking tribal consultation was laid out in a Jan. 4 memo from R.D. James, then assistant secretary of the Army for civil works and a Trump political appointee who is no longer with the agency (Greenwire, April 1).

That memo was tied to the Army Corps’ determination for the open-pit Rosemont Copper mine, which is being planned on a 5,431-acre site in the Santa Rita Mountains outside Tucson, Ariz.

Using the Navigable Waters Protection Rule — a Trump-era rule that considerably narrowed the definition of waters of the U.S., or WOTUS — the Army Corps determined there are no federally protected waters at the site in the Coronado National Forest. The Biden administration is reviewing the Trump-era regulation, which has also seen considerable legal action.

The Army Corps under the Obama administration declined to permit Rosemont. The agency found that 102 acres of waters at the Rosemont site were potentially under federal jurisdiction, including 154 ephemeral streams and springs encompassing about 18 miles (Greenwire, Feb. 2).

Stacey Jensen, assistant for regulatory and tribal affairs in the Office of the Assistant Secretary of the Army for Civil Works, said in an email that the agency is still determining how the policy reversal applies to the Rosemont mine.

"With regards to the Rosemont Mine project, it is still being determined as to how the April 20 memorandum may or may not apply to the approved jurisdictional determination issued in March 2021," she wrote.

Following yesterday’s reversal, project opponents are doubling down on calls for the Army Corps to scrap its determination and consult with the Pascua Yaqui Tribe, the Hopi Tribe and the Tohono O’odham Nation before undertaking any action. The tribes say the proposed mine’s location in the Santa Rita Mountains is a sacred place that is home to numerous burial sites.

Stu Gillespie, an Earthjustice attorney representing the tribes, called Pinkham’s decision to reverse the policy "an encouraging first step" to ensure the Army Corps complies with its obligations to tribes.

"It is further proof that the Trump administration’s abrupt decision to forgo any consultation with the tribes on the Rosemont mine [jurisdictional determination] was not just unlawful, but based on irresponsible and indefensible policy," he said. "The corps must own up to this error by revoking the Rosemont JD and consulting with the tribes before undertaking any action."

Canada’s Hudbay Minerals, which first requested the jurisdictional determination in 2019 and is developing the mine, did not immediately respond to a request for comment.