Activists get cuffed for climate, but will it help? 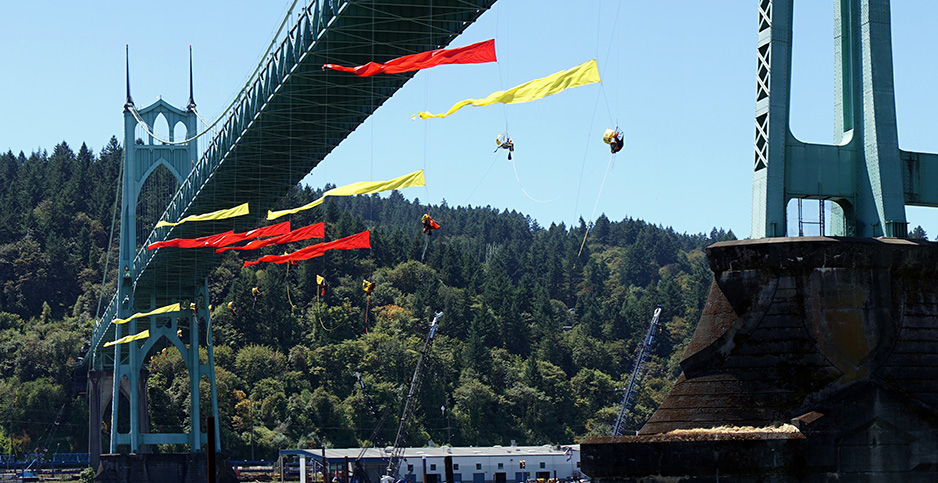 The mass arrest of 138 climate activists on Capitol Hill last week began with all the trappings of a typical environmental protest.

There were songs. There were sit-ins. And above all, there were hundreds of young people demanding that lawmakers do more to protect planet Earth.

"People risk arrest when there’s no other choice," said Arunima Shiney-Ajay, 20, who was one of the protesters detained Dec. 10 by Capitol Police.

Now that the handcuffs are off and the songs have died down, the organizers of last week’s rally are trying to do something that leaders of past environmental protests often failed to do — turn it into lasting change.

There is a long tradition of civil disobedience among green activists, but success afterward is far from guaranteed.

Varshini Prakash, a co-founder of the group that led last week’s rally, acknowledged the challenge.

"The reason we do protests and demonstrations is because it is one of the most effective ways of bringing the [climate] crisis … into the public consciousness," said Prakash, a leader in the youth-driven Sunrise Movement (Greenwire, Nov. 21).

But she added that if the goal is to create sustained support for a "Green New Deal" — the Sunrise Movement’s plan to combat global warming through a climate-friendly jobs program — it will take more than protests and civil disobedience.

"It’s not enough to bring thousands of people and bang on the doors of our politicians," she said.

Case in point: the fight to stop the Dakota Access pipeline.

For months, opponents from the Standing Rock Indian Reservation rallied with allies to protest construction of the underground pipeline, which moves oil from the Bakken formation in North Dakota to an Illinois refinery.

But the opposition fell short after President Trump cleared the way for its completion soon after his inauguration. Tribes eventually won part of their case in the courtroom, but it wasn’t enough to halt the project.

Other efforts have been more successful. Environmentalists gained steam in persuading colleges and other institutions to divest from fossil fuel companies. Protests have been a big part of that movement.

There have been other victories, too, such as the United Farm Workers’ using direct action to win better conditions for laborers and a safer environment for everyone else.

And sometimes even a loss can compel more action.

One of the biggest champions of the "Green New Deal" is Rep.-elect Alexandria Ocasio-Cortez (D-N.Y.), who recounted her participation in the Standing Rock protests in a Rolling Stone interview.

"Civil disobedience is one tool in the activist toolkit. Like any tool, it can get dull from overuse — literally and figuratively," Bill McKibben, co-founder of sclimate advocacy group 350.org, said in an email. "But there are times when it is the perfect tool: to underline the moral urgency of a moment, or to draw attention when it won’t be forthcoming some other way."

When it comes to civil disobedience, few organizations can match Greenpeace, founded in 1971.

The group has a long history of protest on issues including commercial whaling and Arctic oil drilling, and its members often use dramatic displays of "nonviolent direct action" to make a point.

"If all it took was just to ask nicely to achieve the kind of change Greenpeace and other organizations are usually asking for, we’d be living in a very different world," said Cassady Craighill, a spokeswoman with the group.

Those efforts include a 2015 protest in Portland, Ore., in which Greenpeace activists hung from an overhead bridge in an attempt to stop a Royal Dutch Shell PLC icebreaker from leaving port, as The Seattle Times reported. After a brief delay, the ship was able to continue its journey north to the Arctic to support the company’s exploration for oil.

Several Greenpeace protesters were fined for their actions. Craighill argued that the Portland protest was an example of how civil disobedience can become more than just a symbol.

"We can display an inspiring moment of activism we hope rings around the world," she said. "But we can also put ourselves between a company and something we want to protect."

"The classic environmental civil disobedience in the U.S. is people chaining themselves to trees," Sachs said. "And that has almost never stopped the bulldozers or the chain saws."

He compared those efforts with the civil disobedience undertaken by Martin Luther King Jr. and other civil rights leaders.

"They themselves and their supporters were very clearly threatened, and [they] were able to appeal to a broad public opinion and get some sympathy and ultimately some action," Sachs said. "But in this country, environmentalists have had a hard time drumming up that sympathy."

Part of the problem, he said, is that environmentalists have faced difficulty in dispelling the perception that their activism is about protecting the outdoor recreation interests of white, middle-class Americans. As a counter to that narrative, he suggested that eco-activists partner with their civil rights colleagues.

"If environmental protesters want to be effective in civil disobedience, the No. 1 thing they can do is join … with social justice activists," Sachs said

The two causes have intersected before. A fight over a North Carolina landfill in the 1980s offers one of the better-known examples.

The purpose of the landfill was to store dirt that was contaminated during an illegal roadside dumping of hazardous waste. But its planned location in Warren County triggered a backlash as the community complained that the state had chosen its home because of its population of poor and minority residents.

Ben Chavis, who would serve as executive director of the NAACP in the early 1990s, helped organize the opposition. Among the actions taken by protesters were mass acts of civil disobedience in which activists lay in front of trucks carrying toxic dirt to the landfill.

"For one, I was hoping the truck wasn’t going to run over me," Chavis said in an interview, recalling the protest, which resulted in more than 500 arrests. "And secondly … we had a lot of women and children out there, and I didn’t want them to get hurt. That’s why I was the first person to lay down. If anybody was going to get hurt, I preferred it be me."

Chavis, who is credited for being one of the first activists to call attention to environmental racism, said the protest initially represented an uneasy alliance of interests. He said environmental groups at the time weren’t racially diverse and that there was skepticism, too, about his actions from fellow civil rights leaders.

"I came at this [from] a civil rights perspective. Even some of my colleagues in the civil rights movement said, ‘Hey, man, what is this? You can’t marry environmental matters with civil rights matters — they don’t match,’" Chavis said.

In the end, the protest failed. But the effort gave rise to a new lane of the environmental movement — in large part aided by a study from Chavis called "Toxic Wastes and Race in the United States." It found that "communities with the greatest number of commercial hazardous waste facilities had the highest composition of racial and ethnic residents."

That led to the creation of the Office of Environmental Justice within EPA.

"You have to overwhelm them with the facts and science," Chavis said.

Yet sometimes there are limits to what a rational argument can accomplish — a hurdle that activists said feels more pronounced in an era when the president disputes the scientific consensus on climate change and regularly dismisses facts as fake news (Climatewire, Nov. 26).

That leaves political mobilization. And there is historical precedent for this, too.

Chad Montrie, a history professor at the University of Massachusetts, Lowell, said one of the earliest and most effective environmental campaigns — though it’s not ordinarily described as such — comes from the work of labor leader Cesar Chavez and the United Farm Workers.

Through marches, strikes and other actions, they were able to make major gains for the environment as part of their fight for better working conditions, Montrie wrote in his book "The Myth of Silent Spring: Rethinking the Origins of American Environmentalism."

"When the United Farm Workers won their first contracts with growers, they gained significant health and safety protections, including provisions prohibiting the use of DDT, aldrin, dieldrin, and endrin and restricting the use of other pesticides, well beyond anything required by existing state or federal law at the time, and a benefit, as the union pointed out, ‘to workers and consumers alike,’" he wrote.

For its part, the Sunrise Movement appears to have taken a cue from past social justice campaigns.

Prakash, also of the Sunrise Movement, said the group’s tactics and mission have been "deeply inspired by the work in the civil rights movements."

The group’s proposal for a "Green New Deal" makes the points that any climate-friendly jobs program should "deeply involve national and local labor unions" and that one aim would be to "mitigate deeply entrenched racial, regional and gender-based inequalities in income and wealth."

Both are nods to the political alliances the Sunrise Movement likely needs to succeed.

To that end, the group recently backed union organization efforts at Tesla Inc. "We stand with the workers organizing for a union at the @Tesla solar panel factory in Buffalo, NY," the group tweeted last week. "When we talk about a #GreenNewDeal creating millions of good jobs, we mean union jobs."

Prakash said the Sunrise Movement also is making plans to expand its political operation for the 2020 elections to take advantage of the "energy and momentum."

But that doesn’t mean the Sunrise Movement is done with civil disobedience.

"We feel like we have to do whatever it takes to get our leaders to wake up," she said. "Risking arrest is one way to show we’re really serious about that."