Activists want to sink this pick for Kerry’s climate team 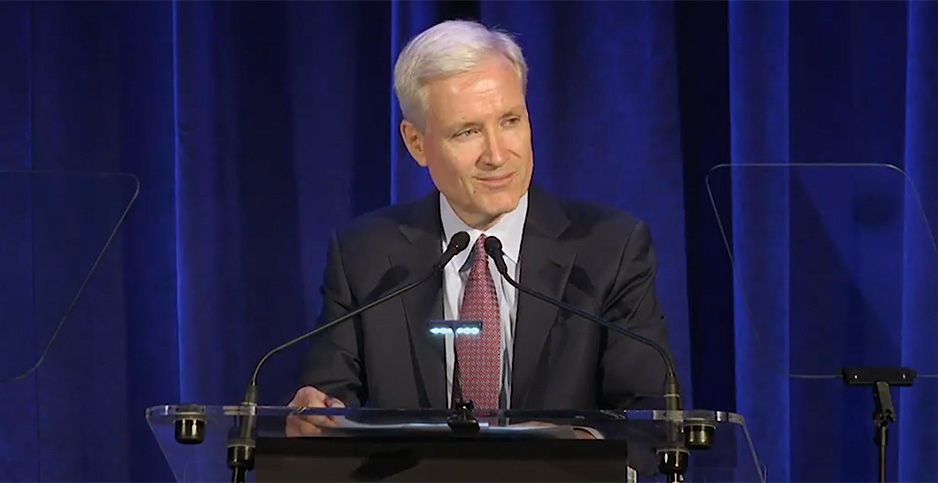 Much of their concern about Mark Gallogly centers on his work in private equity. They say that Centerbridge Partners LP — the financial firm Gallogly co-founded in 2005 — has profited off climate-fueled disasters in California and Puerto Rico. News of Gallogly’s potential hiring was first reported by Axios.

The work of Centerbridge Partners "gives us some cause for concern," said Max Moran of the Revolving Door Project, a progressive group that scrutinizes political appointees’ corporate connections.

Gallogly retired from Centerbridge in December, but Moran said Gallogly still bears responsibility for its actions.

For example, Centerbridge holds shares and bonds in PG&E and has pledged to buy new PG&E stock to finance its restructuring post-bankruptcy.

But in a strange twist, Centerbridge also has purchased millions of dollars in insurance claims against PG&E. And according to reporting by NPR member station KQED, Centerbridge bought a stake in a credit facility that’s financing an attorney who represented thousands of wildfire victims in a lawsuit against PG&E.

"Centerbridge is … trying to get money out of it basically from all sides," said Dorothy Slater of the Revolving Door Project.

California isn’t the only worry for progressives. They’ve taken issue with Centerbridge’s involvement in the Puerto Rican debt crisis, which has worsened in the aftermath of Hurricane Maria.

The firm, which specializes in buying distressed debt, is among the so-called vulture funds that have purchased toxic debt issued by the Puerto Rican government amid the recession that’s plagued the island since the early 2000s.

After buying Puerto Rican debt on the cheap, the hedge funds have leveraged their investments to pressure the government to pay them back in full via lawsuits and other tactics.

That dynamic has played a significant role in forcing Puerto Rico to employ a number of austerity measures that have resulted in sweeping budget cuts to education and other critical services — and hindered the territory’s ability to recover from Maria, which devastated the island in 2017.

The Biden administration, for its part, has been vocal about its commitments to addressing climate change, working closely with underserved communities to make sure fiscal austerity in Puerto Rico doesn’t continue.

So as López Varona sees it, giving Gallogly a place in Kerry’s office would be "contrary to the principles and the vision that President Biden and his administration have laid out."

"While the people of Puerto Rico tried to recover from deadly hurricanes, Wall Street firms like Mark Gallogly’s Centerbridge pushed for cuts to pensions and services to make big profit," García said in a statement to E&E News. "Prosperity and environmental sustainability in Puerto Rico and across the country must be centered on people, not Wall Street."

News of Gallogly’s potential hire comes as Kerry has signaled that he intends to use capital markets and investing to tackle rising temperatures.

More details about how he might do so likely will come in the "climate finance plan" that he, Secretary of State Antony Blinken and Treasury Secretary Janet Yellen owe the president in late April.

Last week, Kerry said during a CNBC event that he’s "in discussions right now with a number of our asset managers and major banking institutions with hopes that we can begin to understand where the capital could come from and how it can go into these sectors."

Finance expert Cristian Tiu, a professor at the University at Buffalo’s School of Management, said it remains to be seen how Kerry and the rest of the Biden administration would "garner the force" of financial markets to address global warming.

But he argued that it’s realistic and practical to hire someone who can reach out to major players in private equity. "Just because someone has a history of squeezing for profits, it does not mean they do not want to do good in their new role," Tiu said.

There are other considerations, too. Gallogly recently established a climate-focused family investment office — the Three Cairns Group — with his wife, Lise Strickler.

And he’s been a prolific donor to Democratic candidates and causes — contributing hundreds of thousands of dollars over the years, according to the Federal Election Commission. That includes $272,800 he gave in 2020 to the Biden Action Fund.

Even so, Gallogly’s critics say Kerry should reconsider the appointment.

"Private equity has played a phenomenally destructive role in our society whether the issue is inequality or climate change," said Lukas Ross, a program manager at the environmental group Friends of the Earth. "Based on the portfolio at Centerbridge, it certainly appears as though Mark Gallogly had no problem profiteering off of the climate crisis."

Centerbridge did not respond to a request for comment. Neither did the Hamilton Project, an economic policy group at the Brookings Institution, where Gallogly currently serves on the advisory council.

The State Department declined to confirm Gallogly’s hiring and did not respond to questions regarding advocates’ concerns.

But an agency spokesperson said the department is working to strengthen the State Department’s capacity to address climate change around the world and would share more details about Kerry’s "team and its organizational structure soon, after consultations with Congress have concluded."