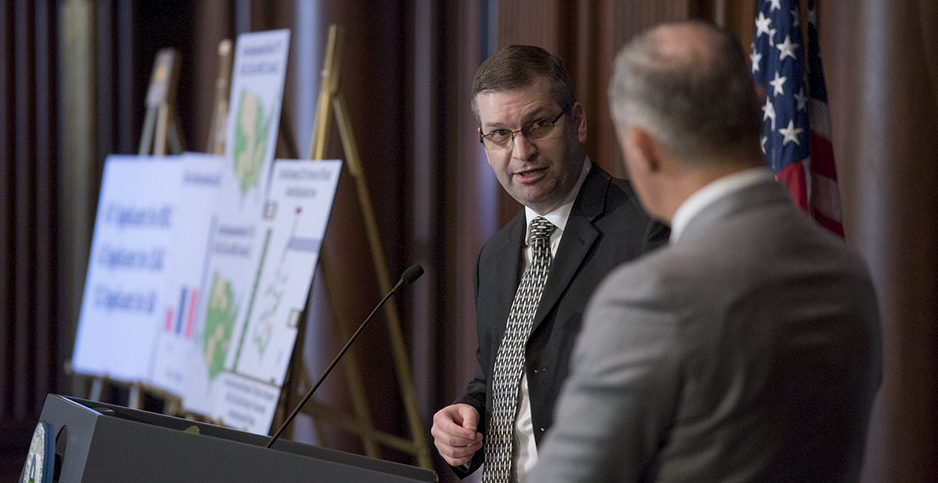 On a conference call yesterday, Science Advisory Board Chairman Michael Honeycutt repeatedly asked his fellow advisers if they were experiencing "heartburn."

After four hours, the roughly 40 people on the call seemed to be suffering some pain.

Honeycutt was asking what concerns they had with the board’s criticism of EPA’s proposed "secret science" rule, formally known as "Strengthening Transparency in Regulatory Science."

One of EPA’s most controversial rulemakings, the proposal could restrict the scientific research used in crafting environmental and public health regulations.

The report, produced by a 13-member subgroup that started working last June, sharply criticized the EPA plan. It detailed several shortcomings in a critical tone.

But yesterday’s call demonstrated that some disagreement exists within the 44-person board, particularly among the roughly 10 new members who were appointed by EPA Administrator Andrew Wheeler last fall.

The advisers on the call spent the bulk of the afternoon wordsmithing and line editing the draft. They debated terms like "raw data," disputed the report’s harsh tone and debated their role as advisers. Some thought they should narrowly focus on the science; others thought their role was inherently about policymaking.

Honeycutt, a Scott Pruitt appointee who heads the Texas Commission on Environmental Quality’s toxicology branch, sought to rein in the disparate points of view.

Some, such as Don van der Vaart, senior fellow of the John Locke Foundation, wanted the draft to more emphatically state the board’s support for the premise of public access. But others sought to remain agnostic on the board’s position on whether EPA should even move ahead with the rule.

They spent nearly the entire first hour on the draft’s first bullet point, which stated that the proposal could be "cumbersome" and "impractical." The subgroup wrote that the lack of clarity "makes it difficult to understand the implications."

Another dispute centered around "raw data," a term that has become a focal point of disagreement about the proposal.

Critics say it’s absurd for EPA to only use "raw data" because it is not formatted in such a way that would be digestible and therefore enhance transparency. But one adviser yesterday noted that the words "raw data" do not actually appear in the text.

Kimberly White, a senior director at the American Chemistry Council, said she might want to know the number of studies the agency relied on but did not necessarily need the "raw data."

"I think it’s really about what is available," she said. "It’s not unreasonable for the agency to say, ‘Here are the studies. Here are the ones the agency made available,’" she said, adding that EPA might already practice this to some extent.

Ken Portier, an independent consultant from Georgia, wondered whether the plan could tie into what EPA currently does under its quality review process.

A sticking point for others, however, was that the term "raw data" was used by EPA attorneys on a call with a number of advisers last year. One person complained that the attorneys could not actually define "raw data."

That exchange led part of the board to flatly distrust EPA’s intent. Critics allege the rule would ease regulations and benefit polluters.

After the call, John Graham, former dean of Indiana University’s O’Neill School of Public and Environmental Affairs and head of the Office of Information and Regulatory Affairs under President George W. Bush, noted that the draft report is "likely to undergo significant refinement to reflect the views of the full board."

The advisers have until Feb. 12 to email Honeycutt their edits, and in the following weeks, board leaders will rework the draft.