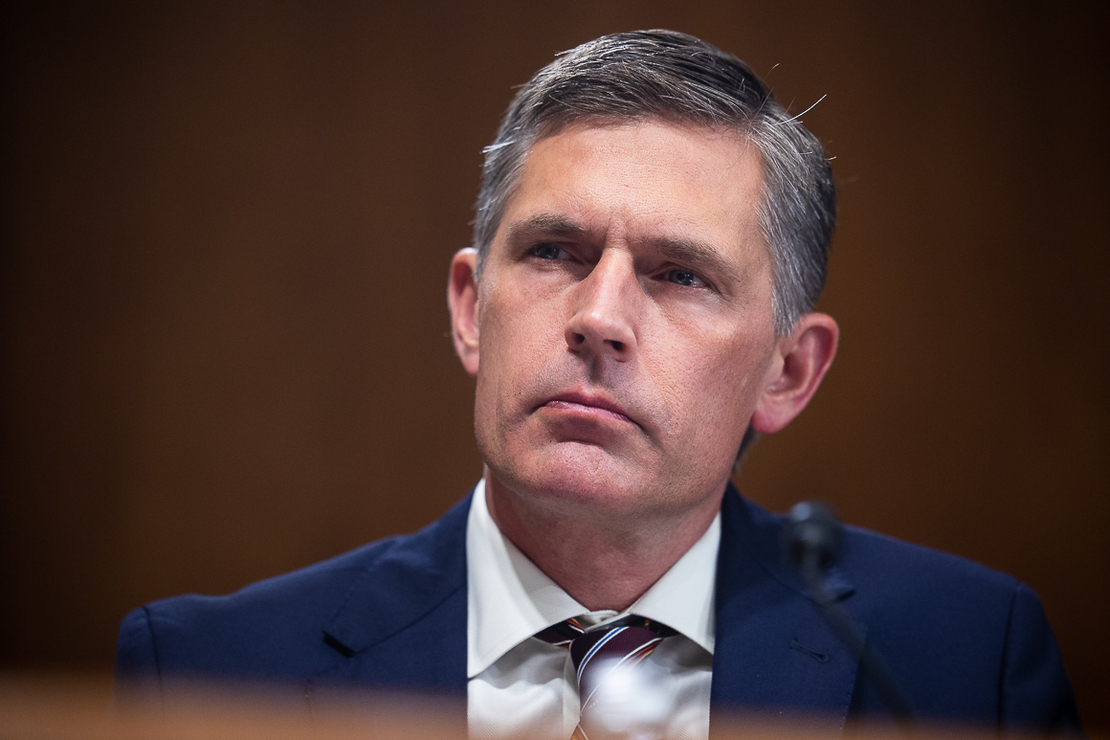 Advocates are hopeful about an outdoor recreation package with bills from Sen. Martin Heinrich (D-N.M.) and other lawmakers. Francis Chung/E&E News

Outdoor recreation boosters are hoping to push through a third major victory in four years: a package of bills aimed at enhancing recreational and commercial access to federal sites.

Proposals being considered in the Senate would streamline permitting requirements, extend recreational seasons, and even ease the fees charged to filmmakers and photographers using public lands.

The Senate Energy and Natural Resources Committee recently held a hearing on nine pieces of legislation, winning endorsements from both the Forest Service and the Bureau of Land Management, as well as both Democratic and GOP lawmakers on the panel (E&E Daily, Dec. 3, 2021).

Turner, who testified before ENR urging swift passage of the nine bills, told E&E News that the recreation bills can draw bipartisan support, especially as the pandemic continues to rage and interest in outdoor recreation and public lands continues to spike.

Congress has demonstrated an ability to move public lands bills on a bipartisan basis, she noted, pointing to the adoption of a permanent reauthorization for the Land and Water Conservation Fund in 2019, followed by the Great American Outdoors Act in 2020, which ensured permanent funding for the popular conservation program and provided funds to address a maintenance backlog in the National Park Service and other land management agencies.

Addressing how to improve outdoor recreation opportunities on federal lands is the next step, argued Turner, whose umbrella group includes outdoor trade associations and represents thousands of recreational business.

"We’re looking at policy and management tweaks," Turner said. "A lot of these things are things that we just have outdated, antiquated agency policies for how to manage recreation. It wasn’t the No. 1 use of the land, and it wasn’t the No. 1 economic generator back 20, 30, maybe even 100 years ago when these policies were created."

Among the bills that could be packaged together is Sen. Ron Wyden’s S. 1874, the "Recreation Not Red Tape Act."

The Oregon Democrat’s bill, first introduced in 2016, would direct federal land managers to evaluate areas where recreational seasons could be extended. A mandate would increase recreation "in a sustainable manner during the offseason."

In a statement to E&E News, Wyden addressed the bill’s building momentum, along with others similarly aimed at easing access to public lands, including for underserved communities and rural areas.

"Rural economies are struggling," Wyden said. "And when you’ve got a state like mine where rural communities are surrounded by natural treasures for people to enjoy, making outdoor recreation easier to access means more jobs and opportunity for economic growth."

He added that with the pandemic "ranging on," that for many individuals, "enjoying the outdoors is safer and great for mental health."

"If recreation is managed and thought about in a way that wilderness is or wild and scenic rivers, or oil and gas leasing, we’re going to actually have better places for people to recreate and that might support better land management across the board," Turner said.