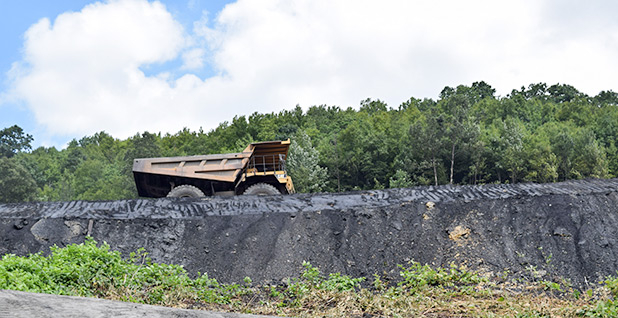 The confusing fight over renewing the nation’s convoluted system for cleaning up abandoned coal mines has ensnared legislation bent on turning reclamation into economic growth.

The Abandoned Mine Land (AML) fee — charged on every ton of coal, collected in a federal fund and distributed to states for cleanups — doesn’t expire until 2021. Yet coal state lawmakers are already debating the issue, remembering the last reauthorization took at least a decade.

As expected, old tensions over how to spend the money have re-emerged between historical coal states like Pennsylvania and West Virginia — those with the most cleanup needs — and the current top coal state, Wyoming — which pays more than half of all fees but is certified as having finished cleaning up priority abandoned sites (Greenwire, Sept. 29, 2016).

But the real wrench came when the coal industry came out earlier this year in outright opposition to reauthorizing the coal fee for the first time since Congress imposed it in 1977 (E&E Daily, June 8).

The National Mining Association has since taken its case to the halls of Congress, where reclamation’s other warring factions — state regulators and advocacy groups — are already mounting a defense.

According to a memo obtained by E&E News, the coal trade group wanted not only a "successful conclusion" to the fee in 2021 but an immediate suspension based on federal mismanagement.

An updated memo from NMA excludes the latter demand but maintains coal companies are tired of paying a "tax" when the federal Office of Surface Mining Reclamation and Enforcement is "squandering billions of tax dollars on projects and activities unrelated to the AML Fund’s primary purpose of restoring historic abandoned coal mine sites."

For NMA, the latest example of that is Kentucky Republican Rep. Hal Rogers’ H.R. 1731. The "Revitalizing the Economy of Coal Communities by Leveraging Local Activities and Investing More (RECLAIM) Act" would accelerate $1 billion in reclamation spending over five years to help places bludgeoned by coal’s decline.

"The industry supports the goal of providing assistance for distressed coal communities, but the funding for such help should not come from AML," the memo states.

NMA wants a simplified AML formula focused on fixing only the most hazardous sites before 2021. "The RECLAIM Act continues the diversion of AML tax dollars ensuring the program never achieves its purpose while extending a tax intended to expire decades ago," the group wrote.

"Clearly, it plays into what is now apparently industry’s position on RECLAIM and on reauthorization, but they’re either uninformed or playing fast and loose with information about the fund," said Greg Conrad, executive director of IMCC, which just this year helped NMA revoke President Obama’s Stream Protection Rule.

Since the 1977 Surface Mining Control and Reclamation Act imposed the fee, coal companies have paid roughly $9.5 billion. With interest, the AML fund has held about $11 billion.

NMA claims only 1 in 3 AML dollars has paid for reclamation, citing OSMRE’s own budget justifications to Congress that outline only $2.8 billion spent on construction compared with $8.5 billion spent overall.

To the dismay of advocates at the June hearing, acting OSMRE Director Glenda Owens agreed NMA was "close to correct" and it was a "low standard of performance."

Another witness, West Virginia AML chief Rob Rice, testifying on behalf of IMCC, took issue during the hearing, and OSMRE later requested to correct the record, but the damage was done as Owen’s testimony continues to be cited.

Not only was e-AMLIS not designed to be a "financial reporting mechanism," Ellis said, OSMRE has hired a contractor to fix a system identified as inadequate in a recent inspector general report (Greenwire, April 4).

Ellis, and Rice at the hearing, said states account for every dollar in their annual reports to OSMRE. According to information the federal agency made public after the hearing, $8.5 billion in AML money has been spent, with $3.5 billion going to construction and $438 million to administration.

Ellis also noted the $1 billion spent on project design and said any AML fund interest is reserved solely to cover health care for retired miners who worked for now-bankrupt coal companies. Helping union workers was part of a deal surrounding the 2006 reauthorization.

NMA wants AML funding to focus on Priority 1 and 2 sites — immediate threats to public health, safety and property — but Ellis said Priority 3 environmental restoration, including $438 million spent on acid mine drainage, is just as important to deal with the long-term issues of coal mining.

"It’s shameless that NMA is trying to kill a bipartisan bill that would help coal communities by spreading misinformation," said Eric Dixon, policy coordinator for the Appalachian Citizens’ Law Center.

Dixon was a co-author of a 2015 analysis highlighting that AML fees, already reduced from 1977 levels, have never been adjusted for inflation.

The bill does allow for work on Priority 3 projects, but money would exclusively be spent on reclamation. Under a tweak made to appease critics, states can also obtain an exemption for Priority 1 and 2 projects that don’t demonstrate an economic benefit, if funding will not be otherwise available.

"RECLAIM represents a ‘more bang for your buck’ approach that links mine cleanup with local development efforts," Dixon said.

But the bill’s bigger problem at this juncture may be the Congressional Budget Office.

A CBO score released earlier this month found it would increase direct federal spending, triggering a requirement that Congress find a way to offset $1.04 billion in costs over the next decade.

The government is already on the hook to pay out that same amount, just more slowly than under RECLAIM, but because Congress must appropriate annual grant awards to each state, CBO effectively dinged the bill in the eyes of many spending hawks.

The money comes from a $2.4 billion unappropriated balance, amassed over the years as Congress has not appropriated all fees or states have not used their entire award.

"It’s frustrating that Congress is having to find an offset for money from an existing federal trust fund, but this legislation is a huge priority for coal communities," Dixon said.

Advocates are putting their faith in RECLAIM’s more than 40 co-sponsors, but finding a pay-for gives the Wyoming delegation another opportunity to derail an effort it perceives as threatening to its own AML payments.

Wyoming has been a point of contention since it became "certified" in 1984. Until 2006, even certified states kept half of all AML fees collected in their state.

Wyoming faced decades of criticism for spending hundreds of millions of dollars of AML money on highways, schools and hospitals, but its representatives fought tooth and nail to preserve the payments vital to the state budget.

Reauthorization in 2006 brought a compromise. Wyoming’s fee money would go to cleanup in uncertified states, but equivalent "in-lieu" payments would come out of the Treasury.

Those continued until 2012 — a year after Wyoming sparked outrage by considering spending $10 million on renovating a university basketball arena — when Congress capped payments to certified states at $15 million, a move that affected Wyoming alone.

Enraged, the state’s lawmakers set to work getting that money back, and by 2016, they had managed to restore the entire $592 million they had or would have lost.

Wyoming regulators have defended the payments, which are approved by OSMRE, because they say federal law allows spending on nonreclamation projects.

But the state’s spending came under fire again in the same March Interior inspector general investigation that found problems with e-AMLIS.

The report found the state spent $162.3 million on highway projects and $76.5 million on abandoned mine reclamation, while $90 million in reclamation work went unfunded.

Wyoming Department of Environmental Quality Director Todd Parfitt has said heavy coal mining equipment increases the need for road maintenance. And he said the report "misinforms the public and Congress of the true performance of certified states."

In its briefing memo, NMA cited the inspector general report as evidence of "states’ failure to adhere to the priorities, the continuation of set aside programs that divert money from the priorities, and the inability to deliver accurate or useful cost accounting for AML projects."

"Sen. [Mike] Enzi is always concerned about how federal money is spent but believes it is important that states like Wyoming be paid the money they are owed," spokesman Max D’Onofrio said. "Other states and folks in Washington see that money and want to use it for their own purposes and projects."

The RECLAIM Act has no impact on Wyoming’s AML payments and would in fact reserve $25 million for certified states and tribes not currently available to them.

And amendment from Pennsylvania Republican Rep. Glenn Thompson ensured money had to be spent on nothing but reclamation or acid mine drainage abatement.

"If money continues to be diverted from the AML trust fund for nonreclamation purposes, it would be difficult for the senator to support reauthorization," a Barrasso spokeswoman said. "We need to have a discussion about these and other issues when reauthorization comes up in 2021."

Barrasso’s office said the senator would be open to turning over fee collection to states, which could then keep their half and send the rest to the federal government for distribution.