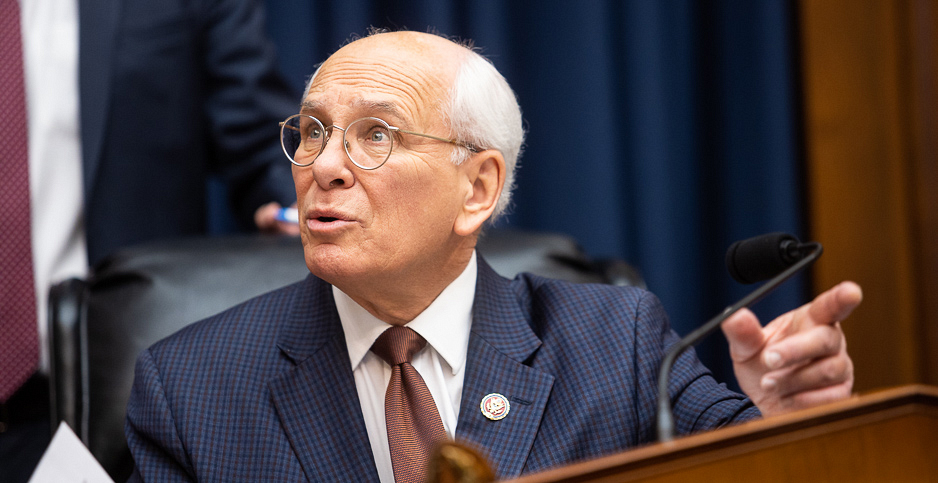 The White House’s insistence that the infrastructure package moving through the Senate will solve the nation’s problem of lead contamination in drinking water is befuddling and disappointing allies — from environmental justice advocates to some Democrats and unions.

The bill would provide a dedicated $15 billion to removing lead service lines, falling short of the $45 billion President Biden originally called for in his initial infrastructure pitch and jobs plans. But the White House says water utilities can also tap into $11 billion set aside as general funds for drinking water projects, marking a historic investment in clean water.

“As a critical part of what will be the largest investment in clean drinking water in American history, the bipartisan infrastructure bill provides over $11 billion in additional general drinking water funding that states can apply towards the full replacement of all lead pipes and service lines in the country, for a total of over $26 billion,” a White House spokesperson said in an email yesterday.

“That’s nearly half of the deal’s full resources for clean drinking water, reflecting what a driving priority this is. The bipartisan agreement will eliminate all lead drinking water pipes and service lines in the United States with this unprecedented funding — full stop,” the spokesperson continued.

Advocates are calling for a dedicated pot of $45 billion to remove millions of lead pipelines delivering water across the nation and warning that falling short of that goal will force utilities to take a piecemeal approach that could place the burden on — or completely leave behind — communities of color that are at a higher risk for lead exposure.

Advocates are also poking holes in the Biden administration’s assertion that the roughly $11 billion the bill would inject into the Drinking Water State Revolving Fund could be tapped for removing lead lines, given the money is also needed for projects like replacing water mains and filtering out emerging contaminants.

‘A fraction of what we need’

Keefe joined Democratic Rep. Paul Tonko of New York and the United Association of Union Plumbers & Pipefitters (UA) yesterday in releasing a report that outlined why $45 billion is needed to remove what EPA estimates are 10 million lead pipelines snaking through the nation, while noting that environmental groups say there are possibly more than 12 million.

They emphasize that health risks are great. Lead in drinking water has been linked to negative health effects that disproportionately burden children, including behavioral and learning difficulties, lower IQ, hyperactivity, slowed growth, hearing problems, and anemia.

“Given this average cost estimate and the 9.7 million pipes, the total cost of replacement comes out to $45.7 billion,” the authors of the report wrote. “Of course, if there truly are 12 million lead service lines, the total costs would far exceed that number.”

The report found investing the full $45 billion would generate more than 56,000 jobs — including almost 30,000 direct jobs in construction, plumbing, pipefitting, and operating heavy equipment that would last more than a decade — and inject the economy with $104 billion.

Tonko, who chairs the House Energy and Commerce Subcommittee on Environment and Climate Change, warned that without that full amount, children by “the luck of the draw” will either avoid or be burdened with lead-contaminated pipes. Congress, he said, shouldn’t “leave it to a ZIP code” to determine which pipelines are removed.

“I’m concerned that if this is a fraction of what we need, it will be those that will use power politics to get their investment and we’re not going to invest in all of the situations,” said Tonko.

Dan Hartnett, chief advocacy officer for the Association of Metropolitan Water Agencies, said it’s true in theory that $11.7 billion in the infrastructure bill that would go toward the Drinking Water State Revolving Funds could be used for lead service line replacements.

But that would take away from critical water system upgrades across the country, including water main replacement and advanced treatment and filtration to address emerging contaminants.

“So any DWSRF money that is put aside for only lead service line replacement will not be available for these other purposes,” Harnett said in an email. “It really is a zero-sum game.”

Sources have also noted that about half of the $15 billion will need to be paid back, laying more burden on low-income communities (E&E Daily, Aug. 2). The dearth of lead-focused funding in the infrastructure bill is helping to shift the focus to the Democrats’ budget reconciliation plans to ram through more of their priorities while avoiding a Senate filibuster.

Tonko said he’s been talking to leadership about needing a full pot of money as Congress discusses reconciliation and that he’s open to considering other studies quantifying the amount of money needed to remove all lead service lines.

But he emphasized that whatever dollar amount is reached, funds need to be sufficient to remove all lead service lines and that the most vulnerable to lead exposure are children. “If children aren’t going to be valued in this outcome, I have serious questions about who we’re approaching this issue,” he said.

Unions yesterday said they also are aggressively lobbying Congress and the White House to make their concerns known and warned that without full funding, utilities will be forced to pick and choose who receives funding.

“Hopefully when they see they are picking and choosing who gets the money … they’ll appropriate more money,” said Tom Bigley, UA director of plumbing services. “But I think $45 billion is on the low end.”

Sandra Purohit, E2’s director of federal advocacy, said utilities with their own unique mapping capabilities are currently receiving and doling out funds for removing lead service lines in a piecemeal fashion as they move forward with different projects.

“One of the problems is there hasn’t been the sizable federal funding to make a substantial dent,” she said.