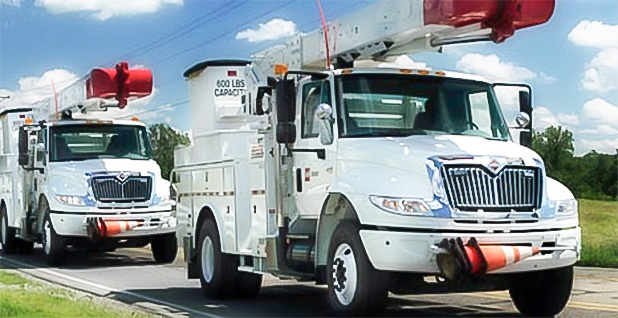 Any federal plan to forestall the closure of struggling coal and nuclear power plants to stabilize the electric grid should be reviewed by utilities so customers are protected from rising costs, said Nick Akins, CEO of American Electric Power Co.

Akins was referring to a controversial proposal under development by the Trump administration to protect and pay electric generating units that play a role in national security, such as supplying a military base.

"Everyone wants resiliency and reliability of the grid," Akins, 57, said in an interview last week in San Diego during the annual meeting of the Edison Electric Institute.

Increasing cyberthreats against U.S. energy infrastructure is the central justification laid out in the broad policy proposal. It cites authority under the Federal Power Act and the Defense Production Act, a Korean War-era law designed to enable swift emergency action in response to national security crises. The plan to guarantee business for money-losing coal and nuclear power plants both challenges the authority of the independent Federal Energy Regulatory Commission, responsible for safeguarding the nation’s power supply, and does an end-run around privately run regional grid operators.

Akins noted that under the previous White House administration, the EPA’s Clean Power Plan designed to ratchet down carbon emissions was attacked by Republicans for favoring carbon-free generation over fossil fuels. The major talking point: The federal government shouldn’t be picking winners and losers.

"When you’re retiring that much coal and that much nuclear at one time, that is a cause for concern," Akins said, expressing some sympathy for Energy Secretary Rick Perry’s desire to design a policy in response to baseload power plant retirements. "[But], once again, you get into winners and losers as a result. It’s going to be a challenging process to get through to find something that’s completely fair to everyone."

This year is on track to be another big year for coal plant retirements. Roughly 13.5 gigawatts of coal capacity is slated for closure, according to U.S. Energy Information Administration figures. That equals the 13.5 GW of coal retired in 2016 and runs second to the 19.5 GW of coal-fired power retired in 2015. Nuclear is on a less-dramatic but steady decline. EIA expect the nuclear share of the U.S. electricity mix to decline from 20 percent in 2016 to 11 percent in 2050 as nuclear plants age out and are replaced by natural gas and renewable power, according to a recent analysis.

"My view is if you go through the proper analysis, whether it is load flow studies, security studies or stability studies and you determine that a particular baseload unit is needed for support of the grid, then we support fully valuing that proposition," Akins said.

Akins expressed concern that Columbus, Ohio-based AEP, like other electric utilities that own major transmission and generation assets, has not been contacted by DOE about what they consider to be key assets to support their grids.

"There’s a reason why we go through all of the grid exercises with [other] utilities and the federal government," he said, including the biennial GridX cybersecurity exercise, which is organized by the North American Electric Reliability Corp. (NERC). "You’re trying to bring the best knowledge to the table."

"I think it’s extremely critical that the utilities who actually know something about this business to be able to inject into the [administration’s] process because we have significant skin in the game," Akins said. "If something happens on the grid, the governors aren’t going to call Rick Perry. They’re going to call us."

Akins emphasized that whatever the administration proposes — reliability-must-run contracts, a grid charge or tax — it needs to be viewed as credible.

"So we have to really think about where we fit in the context of those kinds of discussions," he said. "We fully support going through that analysis, [but] we want to make sure we validate it."

AEP, which serves 5.4 million customers in 11 states and operates 60 power plants generating more than 26,000 megawatts of electricity, has been steadily rebalancing its portfolio of power plants as investors and customers demand lower carbon dioxide emissions.

Akins said regulated customers shouldn’t bear the burden of other parts of the country where investment in strengthening the power grid and diversifying the portfolio of generation hasn’t been as robust.

"Obviously the future is going to be around renewables and natural gas," he said, but also the emergence of data analytics and technology-driven grid applications "that can drive efficiencies that we didn’t know existed before."

"We’ve been really positive about moving forward to a new energy economy and we continue to do that," he said.

Coal still plays a large role for AEP, but far less than it once did.

"Right now we’re around 48 percent coal; we were at 65 to 68 percent. So it’s dropped considerably," Akins said. He added AEP expects to continue shifting its generation to other fuel sources as decisions are made about the large-scale capital costs of adding emissions scrubbers to coal plants, which can run between $500 million and $1 billion a pop.

"You’re going to think twice about that in this environment," he said, and consider replacement options such as natural gas.

A natural gas plant takes about two to three years to complete, whereas modern coal and nuclear plants can take far longer. Building a gas plant, Akins noted, "That’s a lot less risk for investors from a construction standpoint."

Natural gas is now at 27 percent and is expected to fall to 22 percent of AEP’s fleet. AEP says future gas generation will be supplanted by renewables, which is 13 percent of the Midwest utility giant’s portfolio today but will rise to 32 percent over time.

AEP released a report in February laying out in some detail its carbon-reduction goals.

"We want the operations of the existing coal that we have to continue because they’re operating very well," Akins said. "We’re going to operate them until their retirement dates. But some, because of market conditions, may get closed earlier."

The utility routinely asks itself if it is recovering the costs of running one coal unit or another. "If we don’t, then we’ll shut ’em down," Akins said.