After 58 years, White House Rose Garden ready for a redo 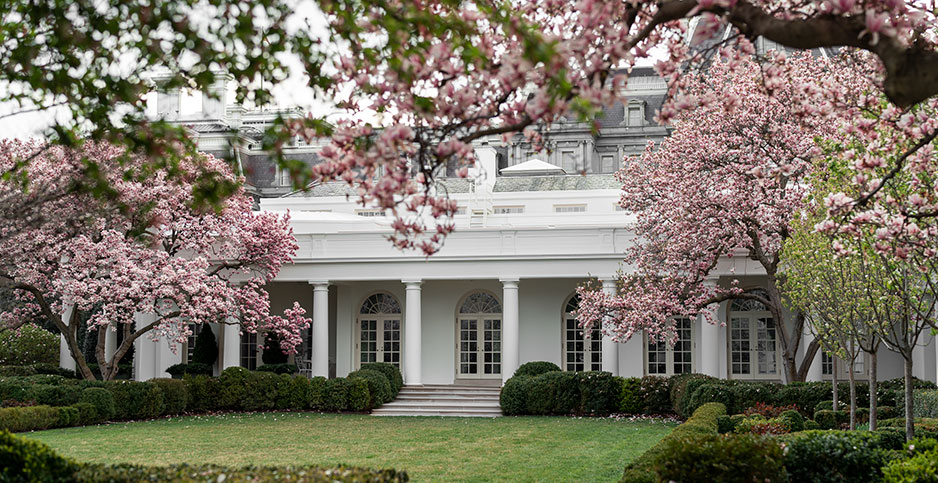 When President Kennedy returned from a state visit to France in 1961, he noted that the White House lacked the type of beautiful gardens that were common at the official residences he had visited in Europe.

A year later, Kennedy got the elegance he sought with the opening of the White House Rose Garden, a collection of trees and flowers just outside the Oval Office, in a setting that had been designed by Rachel Lambert "Bunny" Mellon, a philanthropist, art patron and close friend to first lady Jackie Kennedy.

"Decades of use and necessary changes made to support the modern presidency have taken a toll on the garden and have made it more difficult to appreciate the elegant symmetry of the Mellon plan," the first lady’s office said in a statement accompanying the release of its Rose Garden Landscape Report.

The office said the Mellon plan has served as "the guiding blueprint" for the garden since it was first installed and that it will remain in place, with some tweaks.

"The refreshment of the Rose Garden will return it to its original ’62 footprint and help ensure it will thrive with improved infrastructure, better drainage, and a healthier environment for plantings that reduce the risk of leaf blight," the first lady’s office said.

"In addition, the plans include improved Americans with Disabilities Act accessibility, utilities, and support for audiovisual and broadcasting needs that will allow for the continued enjoyment of the garden’s natural beauty and storied history."

The first lady serves as the honorary chairwoman of the Committee for the Preservation of the White House, which will oversee the project.

"The very act of planting a garden involves hard work and hope in the possibility of a bright future," the first lady said. "Preserving the history and beauty of the White House and its grounds is a testament to our nation’s commitment to the care of this landscape and our dedication to American ideals, safeguarding them for our children and their children for generations to come."

The project has the backing of the National Park Service, which has been responsible for caring for the White House grounds since 1933. NPS oversees President’s Park, which includes Lafayette Square, the Ellipse, the Eisenhower Executive Office Building and its grounds, and the Treasury Department.

Acting NPS Director David Vela will serve as committee chair for the project, according to the landscape report.

The project will take several weeks and will include electrical upgrades to aid television appearances.

President Trump often holds events in the Rose Garden and has held many more televised appearances at the White House during the pandemic, when he is unable to hold rallies outside of Washington.

The first lady’s office did not say how much the renovation will cost but said it will be funded with private donations.