After a long wait, a Calif. butterfly gets protections 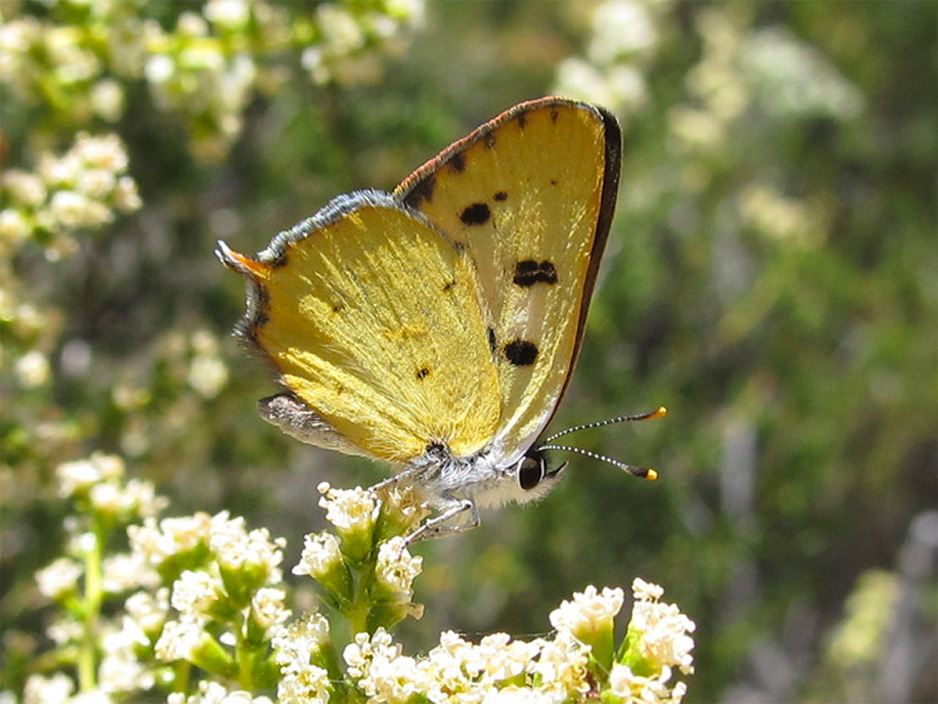 It took repeated litigation and years of fluttering around a decision, but the Fish and Wildlife Service today announced Endangered Species Act protections for California’s Hermes copper butterfly.

The agency’s final rule lists the butterfly as threatened and designates about 35,027 acres in San Diego County as critical habitat. Conditions associated with climate change get some of the blame for the insect’s vulnerability.

“Extensive and intense wildfire events are the primary recent cause of direct mortality and extirpation of Hermes copper butterfly occurrences,” the Fish and Wildlife Service noted.

The agency added that “the magnitude of this threat appears to have increased due to an increased number of recent megafires created by extreme ‘Santa Ana’ driven weather conditions of high temperatures, low humidity, strong erratic winds, and human-caused ignitions.”

At the same time, FWS declared that “there appear to be a sufficient number of … occurrences to currently sustain the species in the wild.”

It also helps, the agency says, that the majority of extant occurrences are on conserved lands, providing some protection from ongoing threats.

The Center for Biological Diversity filed a petition to list the species in October 2004 and followed up with a lawsuit after nothing happened. The environmentalists noted then that only 19 populations remained after a series of fires in 2003 that destroyed 39 percent of the species’ habitat.

FWS determined there wasn’t sufficient evidence that wildfire threatened the butterfly’s habitat. In 2009, the environmentalists sued again (Greenwire, May 3, 2010).

The 2009 suit alleged that the Bush administration refused to list the butterfly even after FWS biologists recommended more research into the matter. Documents obtained by the group under a Freedom of Information Act request show that biologists’ call for a "status review" was ignored for political reasons, according to the suit.

The Obama administration settled the lawsuit and agreed to reassess the petition.

In January 2020, the Fish and Wildlife Service proposed listing the butterfly as threatened. And in the end, the final call turned out to be uncontroversial.