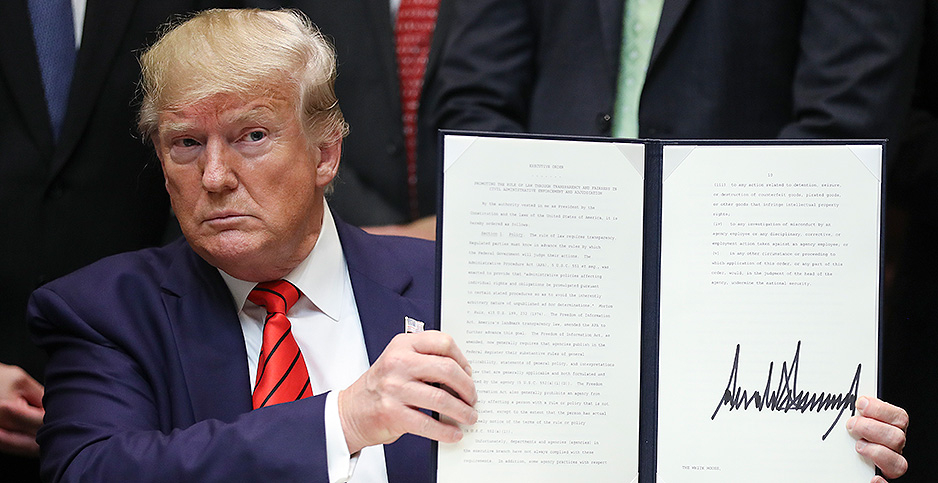 EPA and the Interior Department, among other federal agencies, published regulatory guidance databases this morning, fulfilling a presidential executive order in October requiring them to post thousands of documents online by today.

"EPA has followed through on President Trump’s direction to streamline and improve the transparency of regulatory guidance issued by the agency," EPA Administrator Andrew Wheeler said in a statement, billing Trump’s initiative as "a milestone in government transparency" and one that will "finally provide sunlight to agency decisions."

He believes the documents allow the federal government to issue binding regulatory requirements without much public scrutiny, and has long called for a public database.

But left-leaning critics expressed skepticism of the Trump initiative and say it could be intended to quietly purge a huge number of regulatory guidance documents.

Guidance documents are statements agencies issue to affect regulated parties, and they can be used to tailor requirements to industry.

Trump’s October order said any guidance not in the database was no longer considered effective. There is a four-month grace period to allow agencies to make changes.

An EPA spokesperson said that before the database launched, the agency "conducted an exhaustive review of its current guidance documents and withdrew those documents that were determined to be no longer relevant."

"Ironically, the database will likely reveal just how much industry friendly guidance EPA has put out under the Trump administration," said Amit Narang, an advocate with the group Public Citizen.

To be sure, an administration can cut guidance documents at its whims. "There is technically nothing illegal about that," said James Goodwin, senior policy analyst at the Center for Progressive Reform. "As a policy matter, it’s a terrible way to going about doing that."

In general, Goodwin called the undertaking an "insanely huge task" agencies had to complete by an arbitrary deadline. "In their rush, can we really believe they did an adequate job?"

Goodwin argued that conservatives often complain bureaucracies are rigid. But the huge number of regulatory guidance documents demonstrates that government is actually more nimble than they would have you think.

"They show that the agencies are responsive to the concerns of industry," he said.