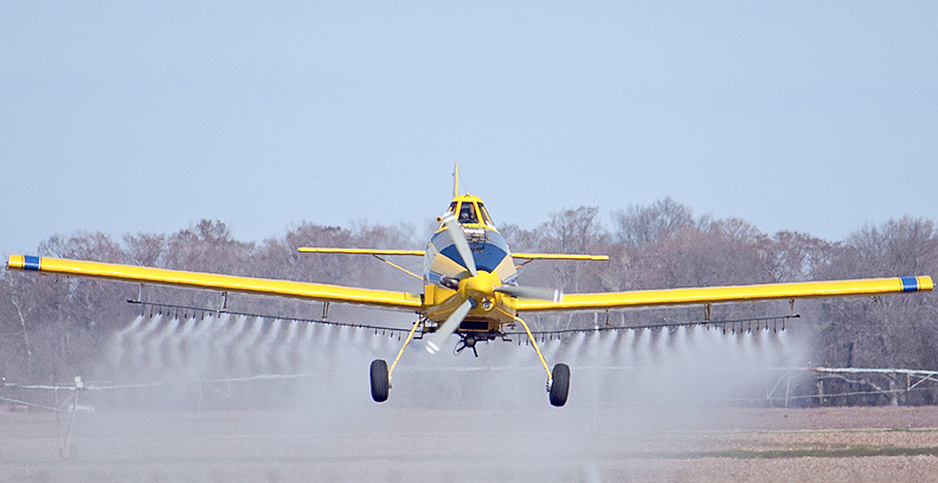 A federal appeals court this month dealt a blow to President Trump’s team when it ordered EPA to implement a full prohibition of the bug killer chlorpyrifos. The ban was proposed by the Obama administration but rejected when then-EPA Administrator Scott Pruitt called for studying the insecticide for another five years (Greenwire, Aug. 9).

After the court’s rebuke, EPA took aim at a study from Columbia University’s Center for Children’s Environmental Health that showed the troubling real-world impacts of chlorpyrifos on children that helped prompt the ban.

In a 2016 request, CropLife America asked the Obama EPA to scrap its proposed ban and any other regulations that rely on Columbia’s chlorpyrifos research, which has produced several additional papers published in peer-reviewed journals.

"Neither EPA nor interested stakeholders … have been granted access to the Columbia Study’s underlying data," CropLife said. "Thus, EPA could not have adequately evaluated the data to determine its validity, completeness, and reliability."

One of CropLife’s member companies is a DowDuPont subsidiary that sells chlorpyrifos under the brand name Dursban. Created by Dow Chemical in the 1960s, chlorpyrifos is now one of the nation’s most widely used insecticides, sprayed in over 40 states on everything from apples and oranges to soybeans and corn.

EPA hasn’t formally responded to CropLife’s request, according to a spokeswoman for the trade group.

But the agency’s controversial scientific transparency policy proposal would effectively satisfy the pesticide industry’s desires by make it much harder for EPA to use epidemiological studies based on confidential medical records, such as the ones Columbia had done on chlorpyrifos (Climatewire, April 25).

Later studies from Columbia and other institutions have found chlorpyrifos exposure is linked to structural abnormalities in children’s brains, diminished IQ scores and Parkinson’s disease in adults.

"We cannot submit this extensive individual level data to EPA in a way that ensures the confidentiality of the children and mothers who are our research subjects," Dr. Linda Fried, the dean of Columbia’s Mailman School of Public Health, told the agency in May 2016.

"We thought that it was better to have the data for transparency reasons than to just go into a room, manipulate it and then come out," Jack Housenger, the former director of EPA’s pesticides office, explained in an interview. He retired in February 2017 after four decades at the agency.

"If you’re taking action on a chemical company’s compound, they want to be able to say, ‘Hey, we looked at these data and our scientists say this,’" he said.

"There has been a long history of EPA and other agencies using published, peer-reviewed scientific literature to make decisions," said Erik Olson, a senior director at the Natural Resources Defense Council, one of the groups that filed the 2007 petition calling for the chlorpyrifos ban. "It’s really only been recently that the chemical industry has been pushing very hard to ask — or demand, frankly — that agencies request and reanalyze all of the data from all the studies."

Olson, who leads NRDC’s advocacy efforts on health, food and agriculture issues, argues that the leaders of EPA and the Department of Agriculture pesticide programs have effectively kept chlorpyrifos on the market for years longer than it should have been.

"Their line scientists have long been fine with — in fact, supported — banning chlorpyrifos," Olson said. "It’s been some of the people in management that have been pretty tight with the chemical industry and took on some of those arguments."

For instance, Sheryl Kunickis, the career official in charge of USDA’s Office of Pest Management Policy, in January 2017 said in a letter to Housenger that she had "grave concerns about the EPA process" for evaluating chlorpyrifos’ health risks and "severe doubts about the validity of the scientific conclusions underpinning" its proposed ban.

In April 2017, Adcock joined the Trump administration and became Kunickis’ boss. The former CropLife lobbyist is now a senior adviser to Agriculture Secretary Sonny Perdue. She attracted congressional scrutiny last November, after The New York Times reported she had met with her former industry allies despite signing an ethics agreement in which she promised to limited such interactions.

EPA hasn’t responded to E&E News’ requests for the personal calendar of Pruitt’s former deputy. But Wheeler’s public calendar lists a June 12 "stakeholder meeting" with the CEOs of the Production Agriculture Council.

In his new role as EPA chief, Wheeler also met with "agricultural stakeholders" on Aug. 6 and with "agriculture commodity groups" at the Iowa State Fair the following week, EPA’s website shows.

It’s unclear whether CropLife was present at either of those meetings, but Vroom said he had attended another meeting with Wheeler after June 12.

EPA didn’t provide any additional information about Wheeler’s agriculture meetings since taking charge of the agency and declined to comment on evidence it was provided of the Trump administration’s strong ties to CropLife.

Now, advocates of a full ban on chlorpyrifos are waiting for the administration’s next move.

"They’ve got some other avenues they can pursue," said Patti Goldman, the Earthjustice lawyer who argued the case on behalf of NRDC and Pesticide Action Network North America.

Goldman doesn’t expect that the administration, with its deep connections to the pesticide industry, will force the neurotoxic pesticide off the market unless it has no other choice.

"I don’t think they’re going to give in," she said. "So I expect we’ll see some motions."