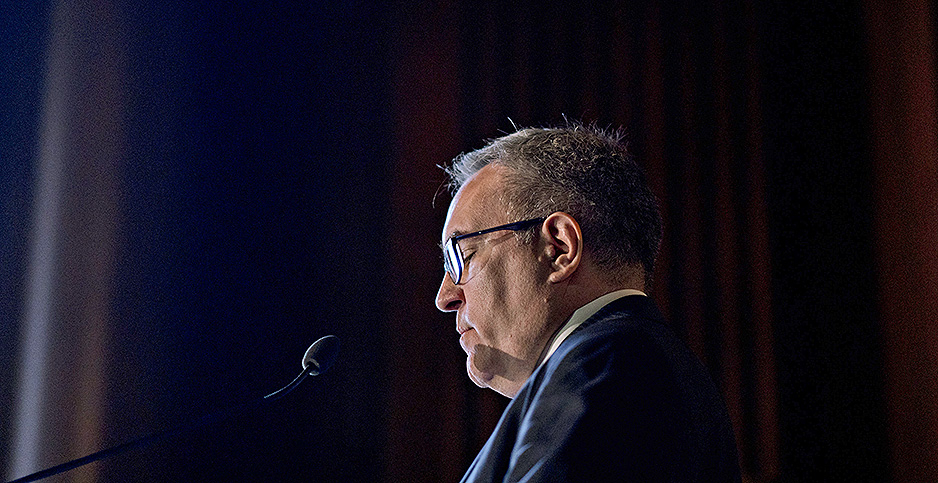 A push is underway at the agency to get regulations out the door before the calendar flips to 2019, giving the administration two years to defend its environmental policies in court before the end of President Trump’s first term.

Experts say the Trump team has only a little wiggle room. Industry groups and companies are privately pressing EPA to prioritize its efforts, anticipating that some regulatory rollbacks are bound to get snagged in drawn-out legal battles. Former Presidents Obama and George W. Bush left office before fulfilling top environmental priorities, leaving them vulnerable to attack by their successors.

At this rate, some of Trump’s initiatives could face the same fate.

"One of the things that I learned from my time at EPA is how short a period of time four years is," said Janet McCabe, who led EPA’s air office during Obama’s second term.

A proposal to weaken car standards on fuel efficiency and greenhouse gases, expected this week, could unwind one of Obama’s biggest efforts to address climate change. EPA is also planning to release a rewritten rule soon that dilutes the Clean Power Plan, an Obama-era attempt to reduce carbon dioxide emissions at power plants.

Also, EPA intends to loosen restrictions on mercury and air toxins in the power sector, and the agency might offer less demanding rules on methane emissions from oil and gas operations, and potentially tinker with the renewable fuel standard.

The goal of finishing by year’s end is "pretty ambitious," said Jeff Holmstead, a former EPA air chief under Bush. Failing to meet that mark could be significant; Holmstead knows that from experience.

Holmstead, now an attorney with Bracewell LLP, thought his EPA team was on "solid ground" when it finished two of the most important environmental rules under Bush — the Clean Air Interstate Rule and the Clean Air Mercury Rule. The former would have set new requirements for industrial facilities and power plants to curb sulfur dioxide and nitrogen oxide pollution that crossed state boundaries. The latter capped mercury emissions at power plants.

But a federal court struck down the rules in the waning days of the Bush administration, and there was no time to appeal. The Obama administration decided not to pursue the Bush plan and developed its own rules instead.

"Had the Bush administration had time, we would have appealed those decisions to the Supreme Court," Holmstead said. "But we never will find out how that would have turned out."

The process for defending regulations under the Clean Air Act is fairly streamlined, which could help curb litigation time. That’s because most of those cases begin in the U.S. Court of Appeals for the District of Columbia Circuit rather than a federal district court. They get to skip a step.

Most of the circuit court’s judges were appointed by Democratic presidents. A rejection of Trump EPA environmental rules could be appealed to what will likely be a majority-conservative Supreme Court. High court nominee Brett Kavanaugh has typically struck down expansive interpretations of executive authority, which could handcuff presidential ambition on climate rules.

That means timing plays a role. The clock could run out on Trump before his administration can appeal any unfavorable circuit court decisions.

That’s why the Trump administration may benefit from focusing first on its big-ticket items, said Ron Tenpas, who was the Bush administration’s top environmental prosecutor at the Justice Department when the twin air pollution rules were rejected by the courts.

Part of the problem is the natural tension between operating with speed and crafting airtight rules, said Tenpas, who was on the Trump DOJ transition team. Whether the agency has enough bandwidth to take on that many tasks at once is another factor.

"You certainly can be ambitious and take on one or a number of big rules, but at the end of the day, yes, there are some limits," said Tenpas, who is now a partner at law firm Morgan Lewis.

Trump’s EPA already has run into those obstacles.

Former EPA Administrator Scott Pruitt endured walkbacks and rejections on a handful of moves that even White House officials said were hurried. EPA also has delayed its anticipated release of the fuel economy targets, which are issued jointly with the National Highway Traffic Safety Administration, to hammer out final details. That underscores the delicate and complex nature of federal rulemaking.

On top of that, Pruitt’s tenure left EPA staff demoralized and shut out, said Bill Reilly, who ran the agency under President George H.W. Bush. Communication channels between senior career staff and political decisionmakers were severed. People with decades of experience left through attrition and retirements.

That said, acting EPA Administrator Andrew Wheeler seems poised to boost the morale of career staffers who could help the Trump administration accomplish its goals, Reilly said. He added that EPA rank-and-file are "professionals" who will "help him design policies that they don’t agree with," so long as relationships improve.

"Morale there is at rock bottom right now, the senior staff appears to have been very positive toward Wheeler’s taking over," he said. "All of that is going to take time for Wheeler to overcome, but he’s on track."

That "honeymoon" could be over quickly if Wheeler doesn’t find an environmental issue to promote, Reilly said. That’s what he plans to tell the acting chief when they meet this week. Reilly said EPA reached out to set up a meeting but that a date hasn’t been finalized.

Wheeler has said he will continue carrying out Pruitt’s policies. Those actions sought to satisfy Trump’s campaign promises and platform, which the GOP Congress and its supporters in industry largely view favorably. Trump reportedly was reluctant to push Pruitt out because the president’s supporters in the oil, gas and coal sectors backed Pruitt’s policy approach.

Pursuing those priorities have improved EPA’s reputation among Republicans, according to a Pew Research Center poll released last week. Fifty-six percent of Republicans view the agency favorably, up from 50 percent when Trump took office. Democrats have gone the other way — 53 percent approve of the agency now compared with 77 percent during Obama’s final days.

That industry and EPA under Trump have become so intertwined might actually save the agency time in wrapping up its rules and beating the clock in the event of a one-term presidency, Reilly said. That’s because major rules EPA is targeting have been in industry crosshairs for years. As such, there’s been alternative plans with fairly broad consensus from industry floating around for just as long.

"They should have in their pocket an alternative to the carbon rule, so that shouldn’t be very hard," Reilly said. "The [mercury] rule — that’s been targeted a long time by industry. I would imagine they have some idea of an alternative."

What that won’t do, Reilly said, is deliver on any sort of environmental message.

"He’s got a staff of people there who could furnish a plethora of ideas, and he ought to take some," he said. "It’s not going to be credible at all if all we see is the continued rollback of regulations."