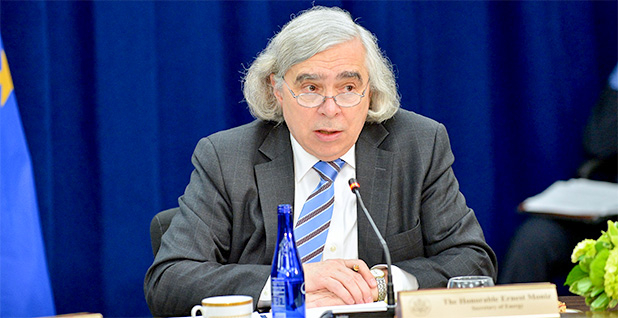 The Department of Energy is refusing to fulfill a request from President-elect Donald Trump’s advisers for the names of employees and contractors tied to President Obama’s climate agenda.

DOE officials received "significant feedback" from workers across the department and 17 national labs after Trump’s transition team submitted a questionnaire attempting to zero-in on employees and contractors who attended climate-related meetings.

Specifically, Trump advisers asked for names of individuals who attended any of the Conference of the Parties under the U.N. Framework Convention on Climate Change or interagency working group meetings on the "social cost of carbon" (Greenwire, Dec. 9).

One former DOE employee who spoke on the condition of anonymity said it was very difficult to fire federal workers. There are civil service rules in place to protect federal workers from political reprisal.

The Trump landing team’s memo also set off a firestorm among unions representing DOE employees and Democrats who cast the question as a "witch hunt" and warned the incoming administration against any type of retribution.

American Federation of Government Employees President J. David Cox said in an email that the nation cannot allow a return to the "political witch hunts" of the 1950s and that Trump must instruct his transition team to "cease this profoundly anti-democratic behavior" immediately.

"A professional, apolitical career civil service that implements the law is a bulwark of western democracy," Cox said. "Everyone — regardless of party — should be outraged by any attempt to politicize an agency of the executive branch."

The transition team’s memo has raised alarm at other energy and environmental agencies like U.S. EPA, where employees — current and former — questioned the unusual nature of such a pointed request, spiking fears of punishment for high-ranking career officials who worked to advance Obama’s policies (Greenwire, Dec. 12).

The National Treasury Employees Union, which represents 1,500 DOE employees, also blasted the memo and vowed to do all it can to ensure that merit system rules are followed and agency workers remain outside of politics.

NTEU National President Tony Reardon said in a statement said his members are "upset" and have questions about what the transition memo means.

"These are all civil servants who do their jobs," Reardon said. "Many of them have dedicated their professional lives to helping our country understand current energy sources and their impact, and research viable energy options for the future.

"They have no wish to be caught up in political winds — they are nonpartisan employees — scientists, engineers, statisticians, economists and financial experts — who were hired for their knowledge and they bring their talent and experience to the job every day," he said.

"Our principle — this is a principle that presidents in both parties have long abided by — is that we should observe the protections that are in place that ensure that career civil servants are evaluated based on merit and not on politics," he said. "And I’m sure that the president-elect used the same kind of criteria when choosing his new Department of Energy secretary as well."