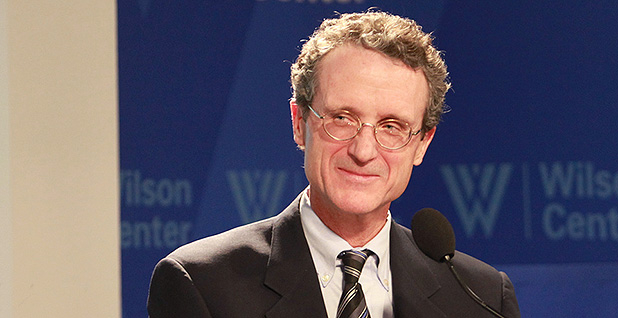 But he was concerned about his potential conflicts of interest long before he caved under political pressure and released the letter, newly released emails show.

Two days after joining EPA, Wehrum requested a detailed list of the clients he had represented as an attorney in private practice, according to the emails released to the Sierra Club following Freedom of Information Act litigation.

"Can you send me a list of all clients to whom I billed time for the past 24 months?" Wehrum wrote to a former colleague at the law firm that is now Hunton Andrews Kurth LLP on Nov. 14, 2017.

The colleague followed up with a list of Wehrum’s former clients, which included the American Petroleum Institute, American Fuel & Petrochemical Manufacturers and the Brick Industry Association.

Wehrum still wasn’t satisfied. A few days later, he requested a list of the regulations that he had helped the industry clients challenge in court.

Those rules included EPA mandates such as "Mandatory Reporting of Greenhouse Gases" and "Standards of Performance for Petroleum Refineries," according to the list provided by another former colleague.

Despite possessing this information, however, Wehrum declined to detail it in a recusal letter over the following months.

In an interview with The New York Times nine months after taking over as EPA air chief, Wehrum noted that he had signed President Trump’s ethics pledge. But he said there was confusion over a line in the pledge prohibiting him from participating in a "particular matter involving specific parties."

Wehrum told the Times that he had repeatedly sought clarity on that point to no avail. "I have gotten three different interpretations, and what I don’t want to do is sign a recusal letter and then have the rules change again," he said.

In a bid to ratchet up the political pressure on Wehrum, Whitehouse threatened to introduce an amendment to legislation that would force him to publicize his recusal obligations.

The gambit appeared to work. On Sept. 17, 2018 — 10 months after taking over as EPA air chief — Wehrum finally filed the recusal letter.

At a Senate Environment and Public Works Committee markup the next morning, Whitehouse called Wehrum "a walking conflict of interest." Having made his point, the Democrat then withdrew the amendment (Greenwire, Sept. 18, 2018).

The offices of Wehrum and Whitehouse didn’t immediately respond to requests for comment this morning.

‘Things sure have changed’

The newly released emails also show that Wehrum received updates from industry — and they occasionally provoked a derisive response.

On Feb. 12, 2018, for instance, the American Petroleum Institute reached out to request waivers and exemptions from the renewable fuel standard.

Wehrum had represented API in private practice 17 times, according to the list provided by his former colleague.

And on April 18, 2018, a Southern Co. official emailed Wehrum to share a press release titled "Southern Company is ‘Planning for a Low-Carbon Future.’"

Wehrum forwarded the email to another former colleague, saying, "Well, things sure have changed."