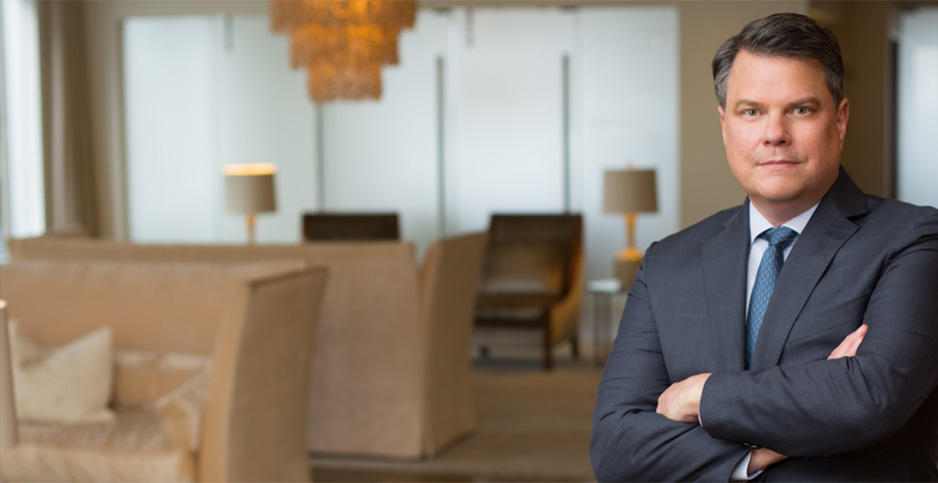 Karl Moor has been appointed to be a deputy chief in EPA's air office. Balch and Bingham LLP

EPA has hired another political appointee in its air regulatory office who has a long history of suing the agency.

Karl Moor on Monday joined the Office of Air and Radiation as a deputy assistant administrator, the agency confirmed this morning. Once a staffer in the Reagan administration and on Capitol Hill, Moor has in recent decades fought stricter environmental protections and climate policies in court.

"We’re excited to have Karl as part of the EPA team," agency spokesperson Molly Block wrote today in an email.

"He has worked for nearly two decades at the forefront of a range of environmental issues. His extensive background as both a senior executive and senior counsel and expertise on the Clean Air Act will be a welcome addition to our team, helping OAR to continue delivering on the President’s agenda."

Moor joins a string of other political appointees at the air office in the Trump era, including air chief Anne Idsal and her top aides David Harlow, Kelley Raymond and Alex Dominguez. Many of them have backgrounds with trade groups and law firms representing energy companies.

Moor worked as a top executive at the utility Southern Co., where he was involved in challenges to EPA’s Mercury and Air Toxics Standards and air quality enforcement, and, most recently, at the law firm, Balch and Bingham LLP. Now he is expected to be a top regulator on those same matters.

In 2016, Moor joined Balch as counsel in the environment and natural resources unit. In his career, he has also participated in litigation against pollution and climate initiatives involving the New Source Review pre-construction permitting program and EPA’s authority to regulate carbon dioxide emissions.

"He is expected to bring a plethora of legal knowledge and experience," said Mandy Gunasekara, a former Trump EPA official who founded the Energy 45 Fund, a pro-Trump fundraising organization. "A few people who know him are very excited."

Gunasekara, who said she personally did not know Moor, thought he would take over former EPA deputy air chief Clint Woods’ portfolio, which was heavily involved with relaxing pollution regulations and restricting the use of science in the rulemaking process. Woods left the post in September for a job at Ohio State University (Greenwire, Nov. 22). Betsy Shaw, a career employee, also serves as a deputy assistant administrator in the air office.

Moor did not respond to questions about his background for this story. An E&E News review of public records obtained shows his involvement with the industry-backed Republican Attorneys General Association, which Pruitt was involved with while serving as attorney general of Oklahoma. In addition, in 2013, Moor spoke on a panel at Pruitt’s Summit on Federalism and the Future of Fossil Fuels, according to a copy of the agenda.

In 2016, Moor joined Balch as counsel in the environment and natural resources unit. There, he participated in industry efforts to weaken EPA’s authority to regulate CO2. To that end, he lost a Supreme Court case involving automobile emissions. His other litigation against Obama-era pollution and climate initiatives involved New Source Review, the Clean Power Plan, and mercury and air toxics standards.

Before that, in 1998, Moor joined Southern, where he "led industry efforts to fight EPA’s New Source Review enforcement initiative and to defend against global climate change mass tort suits," according to a 2016 Balch press release announcing his move to the firm. He left Southern as a senior vice president and chief environmental counsel.

Over the years, Atlanta-based Southern Co. and its affiliated operating companies have been among the power industry’s most aggressive challengers to more stringent air pollution regulations.

He was an in-house registered lobbyist for Southern from 1999 to 2006, according to congressional disclosure records.

"I work most often on litigation and policy-related coalitions that focus on obtaining changes in law or policy through the courts, and administrative agencies and/or Congress," he wrote in a profile previously posted on Balch’s website.

Among other accomplishments, he noted a successful appeal to the Supreme Court in litigation challenging EPA’s 2012 mercury and air toxics standards. At Balch, his role was to advise clients on carbon capture utilization and storage, as well as carbon dioxide policies and international economic and regulatory developments in that field, the release indicates.

In an email this morning, a Balch spokeswoman confirmed that Moor was most recently "of counsel" in the firm’s environmental and natural resources section but could not say when he left.

Last year, a Balch partner, Joel Gilbert, was convicted for his role in a bribery scheme related to a Birmingham, Ala., Superfund site (Greenwire, Oct. 24, 2018). There was no indication from prosecutors’ filings that Moor was involved.