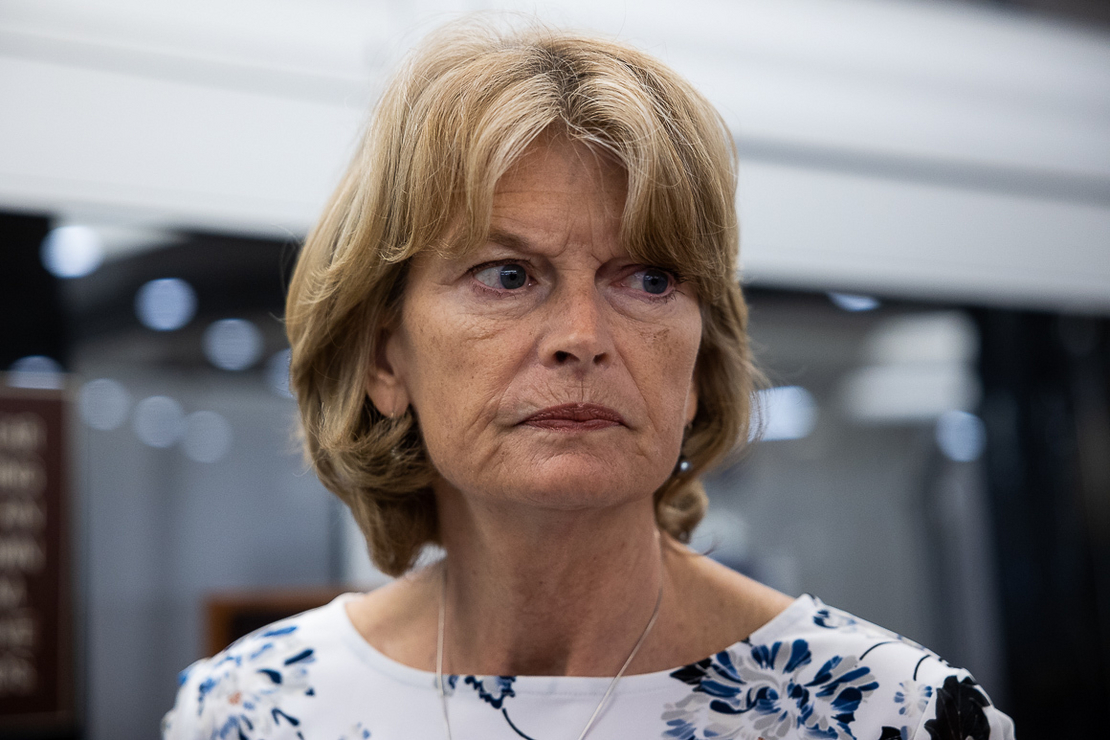 Alaska’s Republican senators say they are actively exploring avenues to ensure the still-in-flux reconciliation bill does not restrict drilling in the Arctic National Wildlife Refuge.

Sens. Lisa Murkowski and Dan Sullivan are preparing to go on offense as House Democrats grow increasingly more vocal in their demands that the drilling prohibition, which was included in the House Natural Resources Committee’s portion of the reconciliation package, remains in play amid negotiations with the Senate.

Sullivan told E&E News yesterday that he and Murkowski’s teams “have been working on it,” while Murkowski said in a separate interview on Capitol Hill that she was “working to build our allies” on the issue.

Their most likely ally at this point is Sen. Joe Manchin, the moderate West Virginia Democrat and critical swing vote who chairs the Senate Energy and Natural Resources Committee, which has jurisdiction over the ANWR issue in the reconciliation process.

In 2017, the Republican-controlled Congress put language in the Tax Cuts and Jobs Act — which was passed and signed into law through the reconciliation process — to lift the ban on oil and gas drilling in ANWR’s coastal plain. Manchin supported it.

Asked specifically about Manchin, Sullivan said “those conversations are in the works.” Murkowski said earlier this week, “I’m talking to my friend Senator Manchin about everything, all the time, whatever it may be.”

While Manchin backed ANWR drilling four years ago, it’s not clear whether he would maintain this stance today as he prepares to negotiate over dozens of other provisions, large and small, especially the inclusion of the Clean Energy Payment Program. He’s also currently a holdout on the entire reconciliation bill as it currently stands (Energywire, Sept. 16).

He has not yet commented on this specific line item in the context of this political fight. Sullivan and Murkowski acknowledged they were skittish about the potential to see their 2017 victory dashed.

Murkowski and Sullivan are strategizing amid an escalating push from congressional Democrats — bolstered by powerful environmental groups — to keep the ANWR drilling repeal from falling to the wayside (E&E Daily, Aug. 25).

“It’s critical this provision be included in the final text that reaches your desk, and we ask for your leadership and assistance in ensuring it remains in the Build Back Better Act as negotiations between the House and Senate continue in the coming weeks,” the lawmakers wrote.

The House Natural Resources Committee’s reconciliation bill specifically stripped away the provision from the 2017 bill that authorized the Interior Department to conduct at least two lease sales of 400,000 acres each by the end of 2024. Republicans argued that the revenue would help offset the bill’s massive tax cuts.

At that time, the Congressional Budget Office estimated that opening ANWR to drilling would bring in roughly $1.1 billion over the next decade to the federal government after it split the revenue with Alaska. The nonpartisan agency based its estimates on an assumption that a total of $2.2 billion would come in between 2018 and 2027 from oil and gas drilling.

But critics have countered that the CBO’s study was flawed, and that the revenue collected from drilling in the area would, in fact, be significantly lower than the initial projections. They also continue to argue that the practice is unethical, in any case, to put a price on an activity that will destroy the environment.

Democratic signers of yesterday’s letter made these same arguments, adding that there were significant benefits to repealing the ANWR drilling allowance even though it would cost roughly $50 million over the next decade to accomplish that goal.

“Allowing more leasing and drilling in the Arctic Refuge to move forward is a terrible financial investment for U.S. taxpayers, but spending tens of millions of dollars to protect this region is a wise investment that would enormously benefit our nation,” the lawmakers asserted.