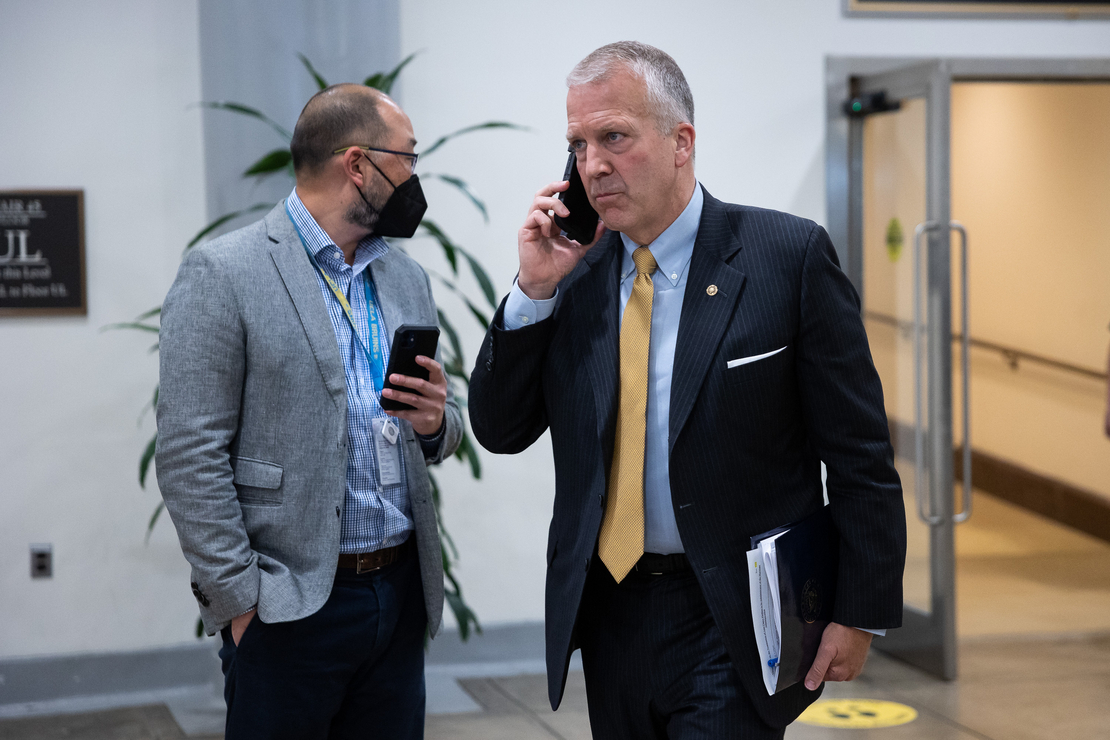 The Biden administration’s move to veto the contentious Pebble gold and copper mine in Alaska’s Bristol Bay watershed may soothe the state’s Republican senators who in the past have pushed back against federal intervention.

GOP Sen. Dan Sullivan said he and Sen. Lisa Murkowski, both staunch supporters of mining in Alaska, are still digesting the agency’s proposal to impose a Clean Water Act veto against mining in the watershed (Greenwire, May 25).

Sullivan suggested his opposition to federal intervention could be muted if EPA’s decision was based on Pebble LP’s most recent proposal. When the Obama administration tried to veto the project, the company had yet to enter the permitting process. The agency used a watershed assessment and publicly available information about the company’s intentions.

Indeed, Sullivan told E&E News his past opposition was based on EPA moving forward with a “preemptive veto.” In 2014, he said, there was “kind of a vague declaration that the EPA had the power to veto any project on state of Alaska land, that they deem vetoable.”

“Most people, myself included, and the whole Alaskan delegation, were vehemently opposed to that, because they didn’t have the legal authority to do it,” said Sullivan. “If this is based on the project, not the 2014 watershed assessment, it’s very different.”

The Alaska delegation’s position has evolved over the years. Sullivan and Murkowski called for a rigorous permitting process and in 2020 voiced their opposition to the mine. Their shift coincided with the Army Corps of Engineers expressing concerns about the company’s mitigation plans (E&E Daily, Nov. 30, 2020).

The Army Corps went on to reject the Pebble project, planned upstream from the world’s most productive sockeye salmon fishery (Greenwire, Nov. 25, 2020). Executives are in the process of appealing the Army Corps’ decision (Greenwire, Jan. 25).

During an interview in 2020, Murkowski said, “the only way that the EPA can move forward with a veto is if there is something to veto” and “that would basically require the corps to move forward, issue a permit, and then the EPA moves in and can exercise its veto.”

Republican Rep. Don Young, who died earlier this year after representing Alaska for decades, remained more nuanced about the project than Murkowski and Sullivan. Former Sen. Mark Begich (D) came out against the mine in 2014 when facing an election challenge from Sullivan.

In contrast to Republicans’ careful stepping, Democrats in both chambers who have been opposed to the mine applauded EPA’s announcement yesterday and joined environmental groups in calling on the agency to quickly finalize its decision.

Democratic Sen. Maria Cantwell of Washington, who chairs the Commerce, Science and Transportation Committee, said in a statement that she first called on EPA to consider using the Clean Water Act to protect the Bristol Bay in 2011, having long emphasized the potential damage to her state’s $30 billion maritime industry, the loss of fishing jobs and potentially devastating effects on thriving salmon runs.

“The science is clear: the Pebble Mine would poison the fragile Bristol Bay watershed, destroying millions of salmon and the thousands of jobs that rely on them,” said Cantwell. “I commend the EPA for advancing permanent Clean Water Act protections for Bristol Bay, and I urge them to move swiftly to finalize these protections and ensure Bristol Bay salmon are protected forever.”

Rep. Peter DeFazio of Oregon, the Democratic chair of the House Transportation and Infrastructure Committee, Rep. Grace Napolitano of California, who chairs the Subcommittee on Water Resources and Environment, and Rep. Jared Huffman of California, also called on EPA yesterday to move quickly to finalize the veto.

“The EPA’s proposed determination will ensure the largest sockeye salmon habitat on Earth, important habitat for grizzly bears and a place of great cultural significance to the many tribes of the region is saved from catastrophic harm,” DeFazio said.

Huffman said: “I will not stop advocating for Bristol Bay until this threat is put to rest, and I look forward to working with the administration as we finalize protections.”