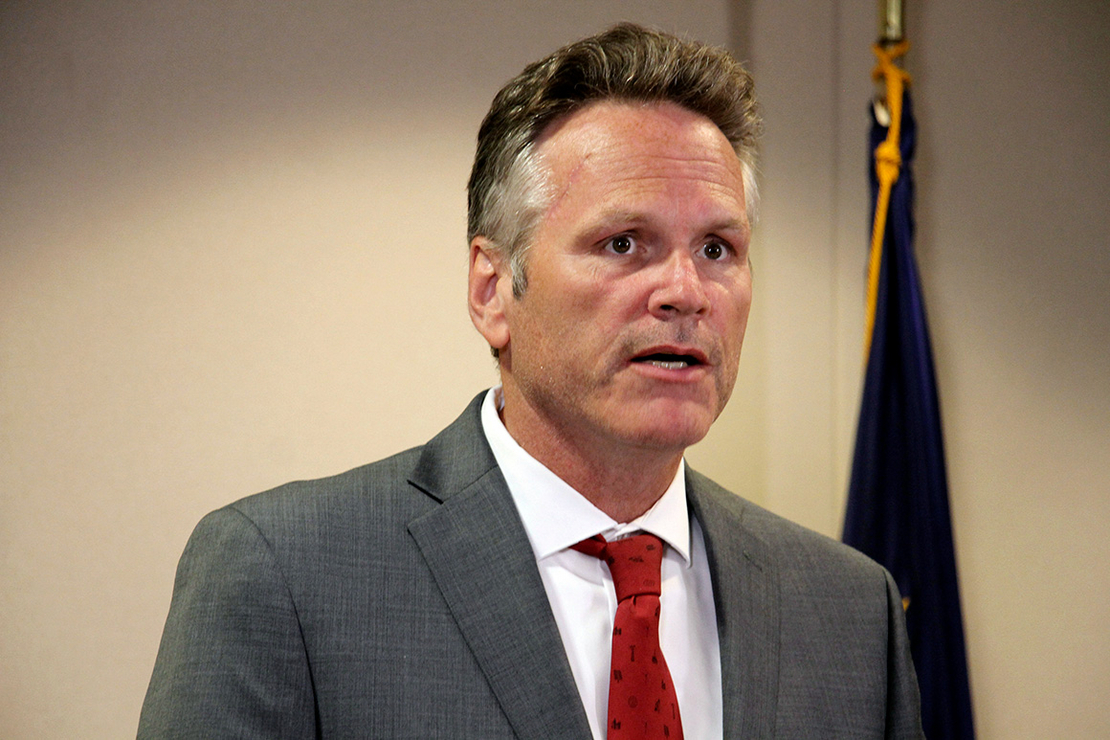 It’s a move that would affect future permits for the contentious Pebble mine, as well as other mines in the state, although the Republican governor acknowledged it would be a “tall task” to get primary control over Section 404 of the Clean Water Act, which permits dredging and filling of wetlands and waterways. Only three states currently have such authority.

“But we’re going to work on it, and we believe we’re going to be successful,” he told an audience at the American Exploration and Mining Association’s annual conference at the Nugget Casino Resort, just outside Reno, Nev. The governor’s pledge was met with rapturous applause.

The request will also ask for funding to seek primacy under the Resource Conservation and Recovery Act, a statute governing hazardous waste.

“We’re going to work on that as well," he said.

Florida was the last state to receive approval from EPA to take over wetland regulation under the Clean Water Act, joining ranks at the end of the Trump administration with Michigan and New Jersey (Greenwire, Dec. 17, 2020).

Then-EPA Administrator Andrew Wheeler invited other states to apply for the same authority.

Under the Clean Water Act, states or tribes can seek to take over permitting and administering the Section 404 program. Before approving such a request, EPA must determine whether a state has a sufficient program to implement and enforce the federal 404 permitting program.

Federal wetlands regulations have been controversial for decades in Alaska, a state where 174 million acres of wetlands cover more than 40 percent of the land area. What’s left is often mountainous, meaning most developments — including real estate, energy and mining projects — damage wetlands.

Under the Clean Water Act, developers whose projects damage wetlands must restore, replace or preserve similar, nearby wetlands to compensate for such losses, something that can be difficult in such a water-logged state.

That’s why back in the 1990s, the Army Corps, Fish and Wildlife Service, EPA, and NOAA signed the Alaska Wetlands Initiative, which said those mitigation requirements could be fulfilled by merely minimizing a project’s wetlands impacts. Developers wouldn’t be required to compensate for projects that are located in watersheds with a high proportion of wetlands and with few nearby damaged wetlands to restore.

That policy was revoked in 2018 after an E&E News report revealed that the Army Corps of Engineers had not been requiring any compensatory mitigation for the majority of Clean Water Act wetlands permits in the state, including projects that would permanently destroy more than 100 acres (Greenwire, May 29, 2018).

The new compensatory mitigation policy ultimately was critical in the Army Corps of Engineers’ denial of a permit to Pebble mine, which would have permanently destroyed thousands of acres of wetlands in the pristine Bristol Bay watershed, where there are not many opportunities to restore damaged wetlands (Greenwire, Nov. 25, 2020).

Dunleavy’s remarks did not specify how much money the governor will request from the Legislature, how the money would specifically be used or at what point the state would ask EPA for permission to assume permitting responsibilities under Section 404.

A spokesperson for the governor’s office told E&E News in an email the request is "an ongoing process" and more details about the funding will be in the Dunleavy’s budget request to be released by Wednesday.

But the governor’s comments are already drawing questions and some pushback. Victoria Clark, executive director of the Trustees of Alaska, a nonprofit public interest environmental law firm, said the state is in a fiscal crisis and administering a wetlands program is expensive.

The fact that only three states have their own programs, she added, shows the significant demands that are tied to state administration.

"Alaska taking on the program was summarily dismissed years ago because it made no sense," said Clark. "Nothing has changed since then except the governor’s declared war on the federal government."

Alaska Commissioner of Natural Resources Corri Feige also told the Nevada conference audience that the state is preparing to legally challenge the Army Corps’ permit denial of the Pebble mine last year. A previous effort to appeal the denial directly through agency channels was rejected earlier this year on the grounds the state lacked standing, Feige said.

“We still have remedy through the courts. So, when the time is right, we’ll be taking that up, because we believe that it is not only germane to sovereign issues in Alaska but it has sovereignty issues for people trying to mine in other places as well," she said.

Indigenous tribes, environmentalists and others have opposed mining the massive copper and gold deposit at Bristol Bay, saying it could wreak havoc on a critical salmon fishery. This fall, EPA also said it would reopen a proposed veto of the project (Greenwire, Sept. 9).

Amid the controversy over Pebble, Dunleavy came to the mining industry conference with a clear message: His administration will do what it can to make the state appealing to miners.

“Although Alaska already ranks highly as a mineral jurisdiction, we are working to make our state even more attractive for investment, and that’s one of the reasons I’m here,” he said. “We want to put mining at the forefront.”

Dunleavy did not reference Pebble by name during his keynote speech at the event, and Feige spoke about the mine only after an attendee asked about the status of the project during a question-and-answer period.

Dunleavy did, however, list several Alaskan mines in operation today that he considered to be “success stories,” including Teck Resources’ Red Dog zinc mine in the northwest part of the state and Hecla Mining Co.’s Greens Creek, one of the largest silver mines in the world.

He also touted Coeur Mining’s Kensington gold mine roughly 45 miles outside the capitol city of Juneau. The Forest Service issued a draft record of decision in July that would extend the life of the mine by 10 years, allowing it to operate through 2033.

The governor also used the speech to take several shots at the Biden administration and Democratic policymakers, accusing them of sending jobs overseas by standing in the way of new mining projects.

“This idea that we’re going to do away with mining and we’ll end something terrible? I’ve got news for those people, because the demand for those minerals is not going away,” Dunleavy said.