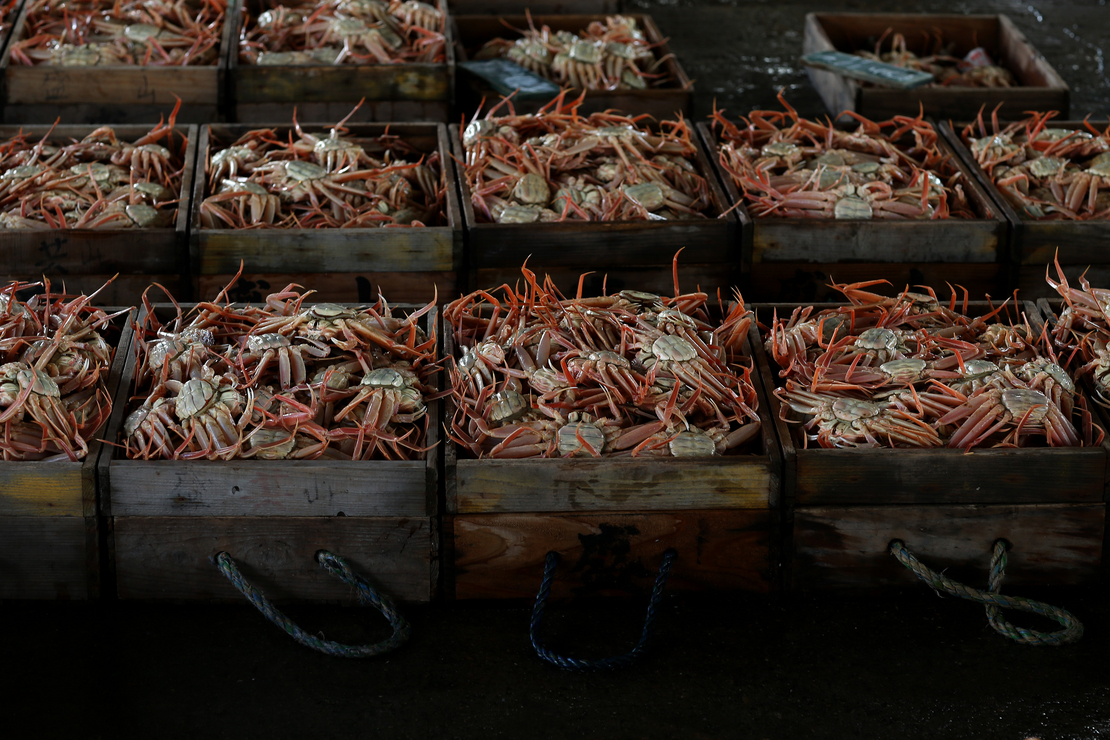 The state, which has long dominated U.S. seafood production, is reeling after the Alaska Department of Fish and Game last week canceled the winter snow crab season in the Bering Sea for the first time in history (Greenwire, Oct. 12).

The department said the population of the popular snow crabs had dropped by nearly 90 percent from 2018 to 2021, plunging from 8 billion to 1 billion.

In both cases, NOAA Fisheries said the declines were likely the result of climate change, which has forced more fish species to move in search of cooler waters.

Crabbers, however, said they had been led astray by inaccurate data and poor management decisions.

“It’s going to be really devastating to kind of make ends meet and go forward here with our business,” said Gabriel Prout, 32, who runs a family fishing vessel business in Kodiak, Alaska. “There’s a high cost of running these boats, even if they’re just sitting at the dock, with insurance fees, mortgage fees, maintenance fees. It’s going to be really hard to make it work.”

In an interview Monday, Prout said the federal government should provide disaster aid to crabbers who invested in their businesses after scientists predicted a good future for the industry. Prout said he and his brothers took out loans and invested in the family business as Alaska crabbers prepared for what they thought would be a banner year in 2021, based on counts that showed increased numbers of juvenile crabs in both 2018 and 2019.

“We trusted in the science and the data provided by NOAA and the state to buy into this fishery,” he said.

“Second- and third-generation crab-fishing families will go out of business due to the lack of meaningful protections by decisionmakers to help crab stocks recover,” she said.

In a tweet, Public Employees for Environmental Responsibility, an advocacy organization, said the population of the Bristol Bay red king crab had plummeted as the result of “longstanding scientific mismanagement” by NOAA Fisheries.

Last year, PEER filed a complaint under the Information Quality Act, alleging that NOAA Fisheries had paved the way for a collapse “by engaging in sampling bias and data falsification” that inflated population estimates and led to years of overfishing.

In a statement Monday night, NOAA Fisheries defended its work, with a spokesperson saying the agency’s management processes follow federal law and that all stock assessments “are subject to a public, transparent, rigorous, peer-review process.”

“Our best available science indicates that the crash of the Bering Sea snow crab stock leading to the fishery closure was related to the 2019 heat wave in the North Pacific,” said Maggie Mooney-Seus, the communications program manager with NOAA’s Alaska Fisheries Science Center. “That heat wave, as well as earlier heat waves, have been attributed to climate change. “

She said the red king crab closure came after “a continued decline in that stock for many years” and was likely the result of continued warming and variability in ocean conditions in Alaska.

“Climate change will continue to present challenges to our understanding of marine ecosystems in Alaska and elsewhere, but we have a robust management system that will allow us to adapt,” Mooney-Seus said.

In a report last month, NOAA said scientists in 2021 saw the lowest abundance of adult snow crabs and immature female crabs ever observed in the agency’s nearly 50 years of surveys in the eastern Bering Sea.

But even with a return to cooler temperatures, the survey said estimates for 2022 had fallen again for both male and female snow crab.

“The positive news is that we saw a significant increase in immature snow crab abundance, both males and females,” said Mike Litzow, survey lead and director of the Alaska Fisheries Science Center’s Kodiak Laboratory. “Depending on how many of these young crabs actually survive to adulthood, this could be one bright spot for the fishing industry in a few years.”

Tracy LaBarge, the owner of Tracy’s King Crab Shack in Juneau, predicted that crab prices will rise yet again and that menus will change with more brown king crab and tanner crab.

“What I’m worried about is the long-term effects,” she said in an email from Australia. “Fishing is Alaska identity. This could be a sign of what’s to come in the future. I think it’s urgent to put more resources to the management of all of our fisheries.”

Prout emphasized that crabbers need help now, predicting the closures will have “a ripple effect throughout the state of Alaska,” hurting processors, workers and communities that rely on the crab fisheries.

He’s also hoping crabbers get the same kind of disaster support from the federal government that Floridians got after Hurricane Ian or that farmers receive under crop insurance.

“We need help as we’re trying to build a climate-resilient fishery,” Prout said. “We can’t really do that here unless you have some type of financial aid to fall back on at times like this.”