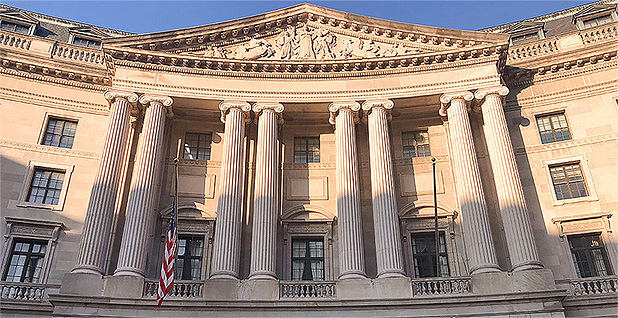 Retired EPA staffers are banding together to collect donations for furloughed agency workers during the ongoing partial government shutdown.

The effort is happening under the umbrella of the EPA Alumni Association, which boasts more than 1,800 members, all of whom have served at least one continuous year as a federal employee at the agency.

The alumni association has already collected more than $13,000 in pledges since the effort began Monday, said Executive Director Chuck Elkins.

"A week ago, we were reading the newspaper and saying, ‘Oh, boy, all of these employees are going to be in trouble. Is there anything we could do?’" Elkins said. "It struck me that our members would be willing to help in a small way."

"Do you know an EPA employee who lives paycheck to paycheck who is now experiencing really serious financial difficulty because of the government shutdown?" the page asks.

"EPA Alumni want to lend a helping hand to those employees who are so stressed that they are even having trouble putting food on the table. Can you help identify these people? Maybe it’s even you."

Agency staffers have been worrying about bills piling up since the shutdown began. An EPA employee told E&E News that they have now applied for unemployment insurance, food stamps and utility assistance.

"Now we’re starting to really worry," said the employee. "If we don’t get it [assistance], we’re going to have to start to rely on credit cards. That’s unnerving."

The EPA employee added, "When you lose that income, that’s when reality hits you."

Asked about the association fundraising to help furloughed staff, the employee appreciated the idea but questioned how it would be applied.

"It’s good. Their heart is in the right place. But how does it go where it’s needed?" that person asked.

EPA was operating on carryover funds for the first week of the shutdown. But at the end of that week, the agency decided to close its doors.

"We’re just reaching out to people who need a little extra help to get them through the week," Elkins said. "There are some people who live paycheck to paycheck, and they don’t make that much money in the first place."

Margo Oge, the former head of EPA’s Office of Transportation and Air Quality, said she was motivated to help with the fundraising effort by the duration of the shutdown. It’s officially the longest government shutdown in U.S. history.

"Given how extensive this furlough is — we have had more furloughed days than in the history of the country — we thought it would be important to help out," Oge said.

Under the agency’s latest contingency plan, there are 891 "excepted" staffers who can work during the shutdown. Meanwhile, 13,000 EPA employees remain on furlough (Greenwire, Jan. 15).

Employees have received some pay during the funding lapse because EPA stayed open for the shutdown’s first week. Acting EPA Administrator Andrew Wheeler told staff in an internal email last week that they would receive half a paycheck (Greenwire, Jan. 9).