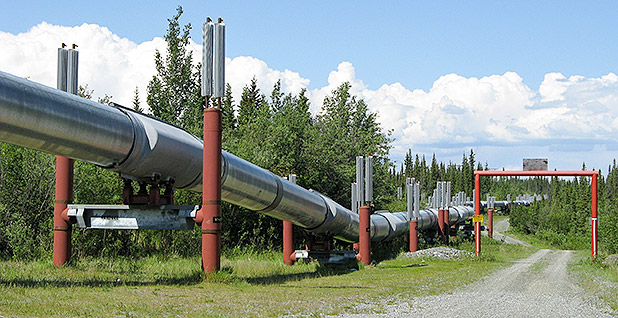 But that move isn’t stemming concerns in Canada, where hundreds of jobs could be affected. Saskatchewan Premier Brad Wall in separate comments to the Commerce Department noted the United States has a $2.2 billion trade surplus with Canada that could be jeopardized under the Trump proposal. Saskatchewan is, notably, home to EVRAZ Regina, the biggest producer of large-diameter pipe for oil and gas transmission that also took a shot at the order.

"The specter of ‘Buy America’ being possibly implemented for pipeline projects has already created a negative impact on the pipeline market, and our business specifically," wrote Brian Kristofic, director of trade and government affairs for EVRAZ North America.

Canada’s stern warning and attempt to pit Trump’s America-first campaign promise against the president’s separate goal of resuscitating a financially strapped coal industry highlights the complicated divisions that are surfacing in the wake of the White House’s pipeline proposal.

More than 40 comments the department received showed clear divisions: American steelmakers and manufacturers support the clause and say it would boost business, while pipeline builders and operators say the United States doesn’t have the on-hand capacity to meet such demand.

But Trump’s executive plan was met with stiff opposition from heavy hitters like the U.S. Chamber of Commerce and European Union, which joined Canada in warning the administration that imposing unprecedented requirements on private companies would violate international trade agreements.

"The U.S. government has committed to treat imports and foreign companies the same way it treats domestic products and companies," wrote David O’Sullivan, the E.U. ambassador to the United States. "The imposition of domestic preference requirements on private entities could be considered an introduction of discrimination between domestic and foreign producers/suppliers in potential violation of [World Trade Organization agreements]."