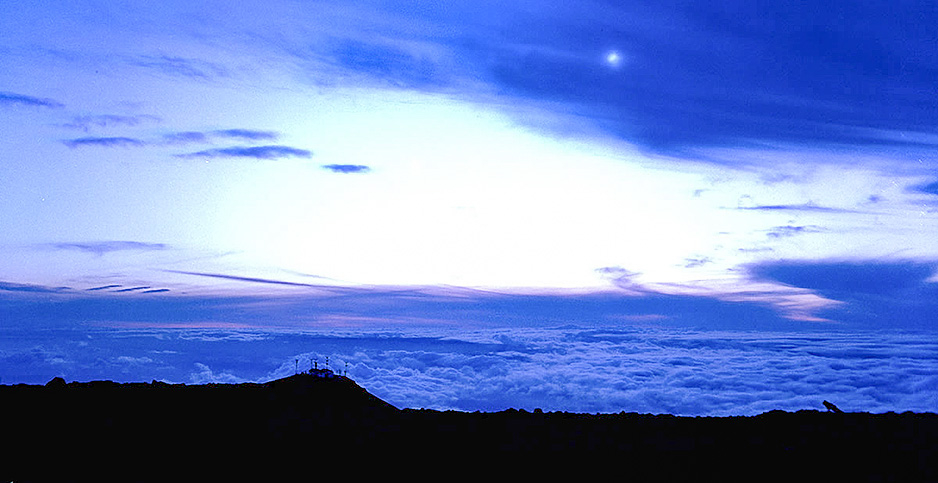 The United States tested a hydrogen bomb 250 miles above Earth in 1962, creating a blue-lit sky as particles collided with nitrogen atoms. The atmospheric detonation created a powerful electromagnetic pulse that shut off streetlights and phone lines in Hawaii. Officials today warn that a U.S. enemy like North Korea could use an EMP to badly damage the U.S. grid. Los Alamos National Laboratory/Flickr

Mother Nature’s first attempt to explore the Earth’s fledgling electrical system came Sept. 1, 1859. It was a two-day solar storm that aimed rogue pulses of electrical energy — later called geomagnetic disturbances (GMD) — at the planet, where they hitchhiked on telegraph lines that acted as giant antennas. Many were knocked out, but a few lines astonished their operators by sending messages without any power.

The two-day storm is known as the Carrington Event after Richard Carrington, the British astronomer who identified the cause. The display of power was unusual. The northern lights, the fireworks resulting from electrons hitting the Earth’s upper atmosphere, appeared as far south as New Orleans, where, according to a local paper, drunks went to bed early, satisfied that they’d had their fill. Meanwhile, coal miners in Colorado saw the light and got up in the middle of the night, certain it must be time for breakfast.

A reporter for The New York Times saw elements of beauty and danger in the display. "The whole southern heavens were in a livid red flame. … Streamers of yellow and orange shot up and met and crossed each other, like the bayonets upon a stack of guns."

The pulse, five times stronger than scientists expected, also fried the circuits of six space satellites, including Britain’s first and a Russian spacecraft positioned to spy on the bomb test. It got nuclear weapons designers on both sides of the Cold War thinking. The United States intended the test to show whether the EMP from a nuclear weapon exploded in space might destroy the guidance systems of a U.S. retaliatory missile strike against a nuclear attack from Russia.

But the results of Starfish hinted at the answer to a more profound strategic question: If an EMP explosion in the upper atmosphere caused serious, lasting damage to an adversary’s electricity grid and its communication systems, its economy would be in tatters. Would there be any need for further nuclear strikes?

The possibility that North Korea has developed such a weapon, he suggested, might explain why its underground nuclear tests have had low yields. Weapons designed to enhance EMP effects don’t necessarily need high blast power.

What was troubling to younger scientists during this fictional onslaught was that as each decade passed, the U.S. economy was becoming more dependent on digital electronics, computers, cellphones, satellite-based communications, and weather and GPS navigational systems that have rapidly accelerated the nation’s vulnerability to both hostile EMP attacks and solar storms.

‘People should know more about this’

Daniel Baker, director of the Laboratory for Atmospheric and Space Physics at the University of Colorado, is familiar with the concerns about EMP and knows that the Defense Department has spent hundreds of millions of dollars and several years hardening its communication and electrical systems to protect against it. His main worry is that the nation’s three electric power grids remain unprotected and that a solar storm could be almost as devastating to them as a military attack. "People should know more about this," he said during a recent interview.

“I consider that we are living in the most dangerous period of my lifetime for a number of reasons, but the vulnerability of our national electric power grid is among the most important ones.”

He began his efforts to spread the knowledge during a meeting of scientists in 2007, explaining that relatively little was known about the resulting damage from solar storms. Beginning with the Carrington Event in 1859, potential impacts could not be measured because there was no developed power grid resembling today’s. The three grids that serve most of North America, for example, are among the largest man-made machines on Earth. Baker found the group was also worried about the rapidly growing dependence in the United States on vulnerable electronics used by nearly every sector of the economy.

The result was a 144-page study in 2008 called "Severe Space Weather Events," by the National Academy of Sciences, written by a committee headed by Baker. It concluded that "electric power grids, a national critical infrastructure, continue to become more vulnerable from geomagnetic storms" and pointed to the prospect of long-term blackouts and trillions of dollars of damage, an economic jolt that would make Hurricane Katrina’s costs in the $125 billion range seem trivial.