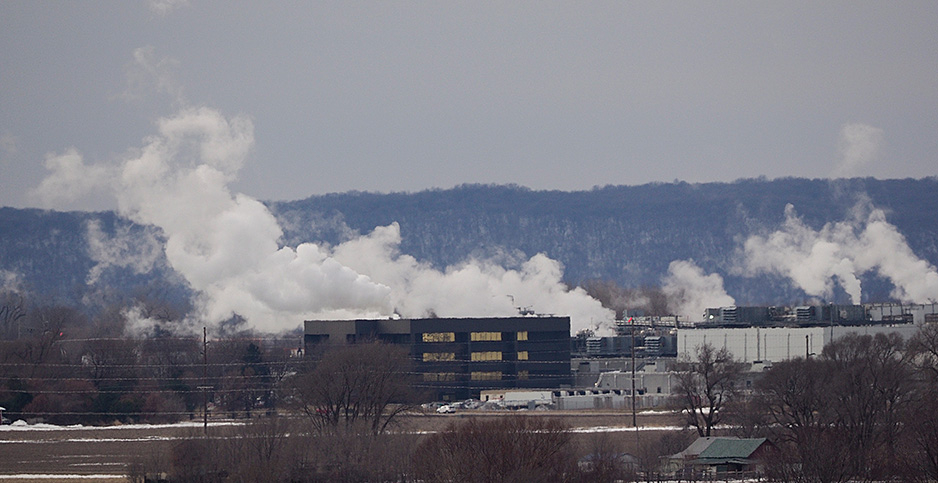 The company, which contracts with livestock farmers and employs 139,000 people in 239 facilities worldwide, didn’t address increased calls from environmental groups to reduce meat consumption but said through a spokesperson that it supports giving consumers a wide range of choices.

To meet the goal, Tyson said it aims to use 50% renewable energy by 2030, expand grazing land for sustainable beef production and, by 2025, buy all of its livestock feed from lands engaged in stewardship practices such as reduced fertilizer use. Tyson said it would also work to reduce deforestation across its global supply chain.

Tyson, based in Springdale, Ark., has already enrolled 408,000 acres of land toward the stewardship goal, the company said, with a goal of 2 million acres of row-crop corn.

"We believe what good food can do for people and the planet is powerful. Our net zero ambition is another important step in our work toward realizing our aspiration to become the most transparent and sustainable food company in the world," said Donnie King, Tyson Foods president and CEO, in a news release.

Today’s announcement follows an earlier pledge to reduce emissions by 30% by 2030, which Tyson said aligns with limiting global temperature rise to 2 degrees Celsius.

Branding itself as a "protein" company rather than a meat company, Tyson has promoted meat alternatives, as well, which the company’s sustainability manager, Kelsie Gibbs, noted in a statement to E&E News.

"We have a healthy and robust alternative proteins business," Gibbs said. "We just announced new plant-based products through our Raised & Rooted line, and we are always looking at ways to stay ahead of and involved in changing consumer preferences when it comes to diet."

Manure is another contributor, as is the industry’s impact on land use.

The Biden administration, in turn, has said it’s not looking to reduce consumption, pushing back against conspiracy theorists (Greenwire, April 29).

Tyson said its goals include expanding a previous target of 5 million acres of grazing lands for "sustainable beef production practices," on which it’s working with the Nature Conservancy.

The company has won praise from the Environmental Defense Fund for having its greenhouse gas targets accepted by the Science Based Targets initiative, the first U.S. meatpacker to do so. The SBT coordinates with companies on setting emissions reduction goals as a response to climate change.

But its deforestation goals announced last year brought criticism from Green Century Capital Management Inc., which said the company failed to satisfy investors looking for less risk related to the issue. Among other complaints, Green Century said Tyson would give suppliers too long — a decade — to meet objectives.

"We hoped the company would embrace this opportunity to live up to its purported goal to be the ‘world’s best, most sustainable protein supplier, bar none,’ but this policy does not position Tyson as a sustainability leader or adequately address deforestation risks in its supply chain," said Jessye Waxman, Green Century’s shareholder advocate, in a news release at the time.

Tyson’s announcement today follows a similar pledge from another big meatpacker, JBS SA, which said in March that it would aim for net-zero emissions by 2040. That company has faced criticism for deforestation tied to cattle ranching in Brazil.