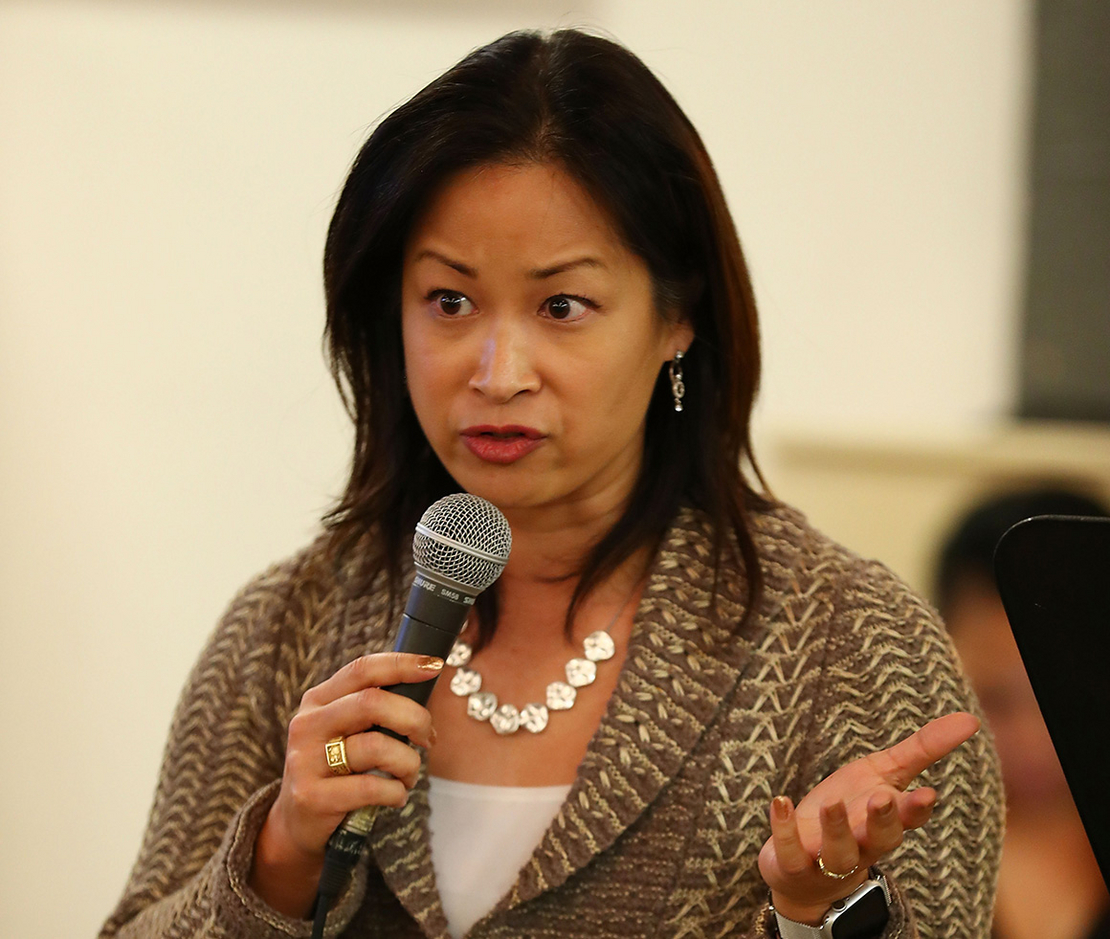 Progressives are enraged over a permitting deal that’s expected to get a vote in Congress next month, but at the same time, the White House is promoting money in the new climate law that they say will help rev up environmental reviews.

Sprinkled throughout the Inflation Reduction Act, which passed earlier this month, is nearly a billion dollars to goose reviews for major projects.

“This is big money,” said Christine Harada, executive director of the Federal Permitting Improvement Steering Council. “We want to be thoughtful about it.”

Harada’s shop got $350 million, more than three times its current budget, while other agencies like the Energy Department, Forest Service and Federal Energy Regulatory Commission netted roughly $100 million each. EPA and NOAA got tens of millions.

The looming congressional fight over permitting overhaul has been a focus for many. Just this week, over 650 advocacy groups called on congressional leaders to kill the effort, arguing it would be a boon to the oil industry at the expense of the environment (E&E News PM, Aug. 24). Progressives like Rep. Raúl Grijalva (D-Ariz.), chair of the House Natural Resources Committee, have denounced the reform. He called it a “dirty side deal” for fossil fuel backers.

The permitting overhaul was the result of a deal struck between Sen. Joe Manchin (D-W.Va.) and Senate Majority Leader Chuck Schumer (D-N.Y.). Manchin agreed to vote for the climate bill, but only if he got a separate vote on permitting. Manchin’s aim is to limit the number of legal challenges levied against projects as well as the time federal agencies have to conduct reviews. A bill has not yet been released.

Separate from that overhaul effort, the White House argues that the new money in the climate law will help staff up decimated agencies while increasing automation and integration. Ultimately, it says, that will make reviews more efficient. Still, while the infusion of money is being applauded by many, conservatives and pro-business groups insist that a complete overhaul of permitting laws is still needed.

The new money comes with very few strings attached, save for the fact it must be spent by 2026 or 2031, depending on the amount.

“I don’t think that has been talked about enough,” Earthjustice Vice President Jill Tauber said of the permitting dollars. “It is worth mentioning it in the same conversation as the side deal. The answer is not to gut core environmental protections to make sure communities are heard, but to make sure agencies are able to carry out [reviews].”

The landmark climate law aims to build out wind and solar and other renewable energy projects with $369 billion earmarked for climate and energy. Developers have long complained that the problem with building in the United States is that project proposals get stuck in permitting purgatory for years.

In some ways, observers said, the topic boils down to fundamental political disagreements over government spending and regulations. Republicans and developers urge faster reviews and contend that rules under the National Environmental Policy Act and other environmental statutes are too cumbersome.

But Democrats, and some conservatives, too, have long asserted that the actual problem is that there simply are not enough experts at federal agencies to do the work.

“For years, federal agencies have told us that staff shortages and resource constraints are two of the largest barriers when it comes to improving the environmental review process,” said Sen. Tom Carper (D-Del.), chair of the Environment and Public Works Committee. Reports from the Government Accountability Office have alluded to that assertion.

A Democratic aide who was granted anonymity to speak candidly noted that the money will be particularly useful after former President Donald Trump depleted the agencies of resources and expertise. The Trump administration also overhauled NEPA rules by limiting public input and climate considerations.

“NEPA has long been a boogeyman and blamed for permitting challenges,” Harada said. “So this provides us with a good level of resources that we need to execute well on this front.”

She said her team has begun to think about ways to spend the money. “I will hire up some staff to support the increased mission, but it is not ‘Christine building an empire for a permitting council,’” she said.

She ticked off possible improvements like application, automation, GIS capabilities, integration between federal agencies, and resources for renewable project and carbon capture developers.

Money for many agencies

In all, the Energy Department scored $115 million. The Transportation Department, Federal Regulatory Energy Commission and Forest Service all received $100 million. EPA got $40 million. The Council on Environmental Quality got $30 million. And NOAA got $20 million.

“This certainly scratches that itch to provide necessary funding to hopefully conduct permitting processes more quickly and allow for more resources to allow for more steps in the process,” said Nick Loris, a consultant with C3 Solutions, a conservative climate shop.

Loris said he agrees with Democrats that the need exists, even if he believes other underlying regulatory issues remain. “I would hope this would help with interagency coordination and that local stakeholders are met with,” he said. “It’ll be interesting to see how that money is allotted and disbursed within each agency.”

“But if we are going to see a real energy transition,” he said, “Congress must make macro changes to the permitting laws.”