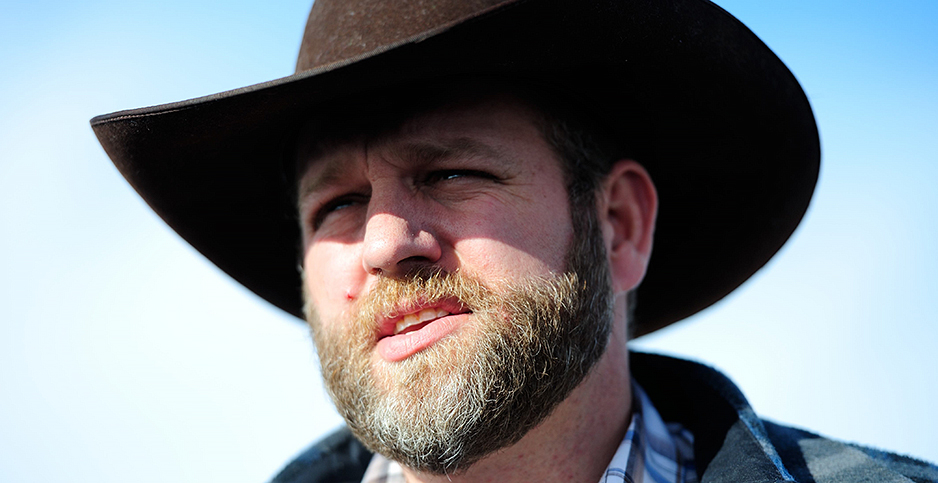 Ammon Bundy is calling for the creation of a national movement to counter stay-at-home orders during the coronavirus pandemic. Alex Milan Tracy/Sipa USA/Newscom

"It really doesn’t matter what numbers there are when it comes to the coronavirus. It really doesn’t matter if it’s real or not, if it’s rampant or not, whether it’s a pandemic or not," Bundy said last night at a meeting he organized in Emmett, Idaho. "Because it still does not give government officials the right to infringe upon on our rights. And that’s what matters."

A video of the event posted to Facebook by one attendee shows at least a dozen people in attendance, as Bundy leads the 90-minute session.

Echoing the first gathering Bundy sponsored last week, the meeting focused on how to oppose stay-home orders via a three-pronged strategy of "legal, political and physical" protests.

Bundy told attendees he has received interest in his efforts from unnamed "elected reps," as well as other individuals around the Gem State.

"I think people are very interested," Bundy said in response to whether he envisions a national effort pushing back against restrictions on businesses and large gatherings or other efforts intended to protect public health.

"I think we have to think about if we were successful here, spreading it, at least the knowledge and things we learn, way beyond even the state of Idaho," he added.

But Bundy cut off further discussion of expanding his latest cause — including suggestions from attendees about using the platform Zoom to hold meetings — in favor of focusing on organization of phone lists and other basic communication strategies for the Emmett-based group.

"I think it does need to be answered soon," Bundy said.

Among the first steps Bundy said he plans to take is filing a "grievance" with Republican Gov. Brad Little over an emergency declaration that requires the state’s residents to self-isolate at home.

He also encouraged attendees to support businesses — particularly those not classified by the state as "essential" — during the closures, even if they must risk the threat of arrest.

"If it gets bad enough and our rights are infringed upon enough that we physically stand in defense in whatever way we need to — but we hope we don’t have to get there," Bundy said.

Still, he encouraged fellow Idahoans to use restraint and not "instigate" situations.

"You have to make sure that every effort has been taken to try to resolve it in a peaceful manner, in a prudent manner. That is what we have to do to be right with God and to be right with our fellow man," Bundy said.

Attendees also cheered the removal of a state-run reporting website that would have allowed residents to report nonessential businesses that remained open during the stay-home order.

Boise State Public Radio reported today that the Idaho Department of Health and Welfare removed an online form to report businesses — other than "essential services" like hospitals, grocery stores or gun retailers — operating brick-and-mortar locations in violation of the order.

During the meeting, Bundy touched on the armed standoff that his family, including his father, Cliven, participated in near Bunkerville, Nev., in 2014. The incident occurred when the Bureau of Land Management attempted to seized Cliven Bundy’s cattle to settle years of unpaid grazing fees and trespass fines.

"People will stand if they have confidence that there’s others who are going to stand with them," Ammon Bundy said.

Although Bundy, his father and brother Ryan Bundy faced criminal charges in that case, a federal judge declared a mistrial in late 2017, after finding the government withheld key information from defendants.