An oil giant predicted future warming — but missed the virus 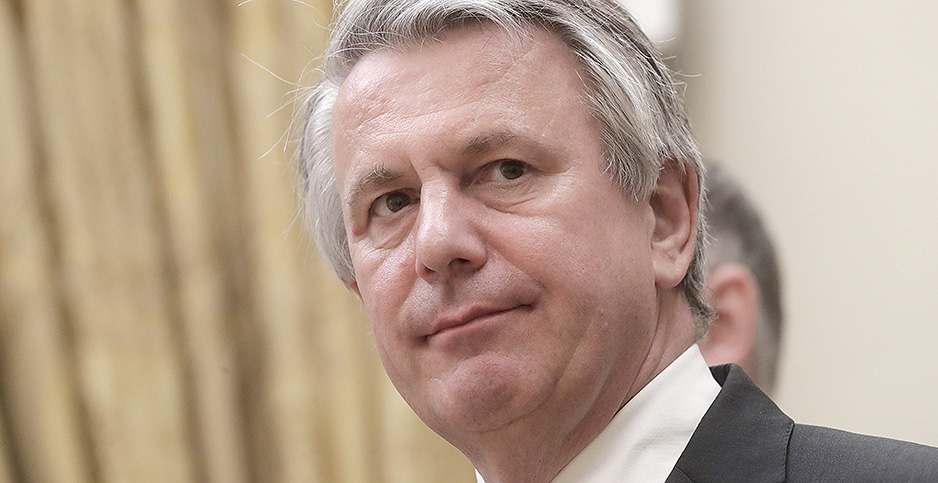 A team at Royal Dutch Shell PLC is widely credited with having foreseen the oil crises of the 1970s, the fall of the Soviet Union and growing concern about climate change.

But there’s one phenomenon that Shell’s vaunted scenarios team seems to have missed entirely: the coronavirus pandemic.

That was no accident, experts say. While Shell has long been aware of pandemics and their dangers to the company, in recent decades, it’s been more focused on the threat that climate change poses to the planet — and its business model.

"The nature of this particular pandemic, and the huge global impact that it’s having, is certainly not in Shell’s interest to put that in their scenario," Anna Zalik, an environmental studies professor at Toronto’s York University, who’s written about the way the company seeks to influence investors.

Government responses to the coronavirus, like pouring trillions of dollars into the global economy and slashing emissions by limiting the movement of people, show the drastic steps that could be taken to combat climate change. The results would be unthinkable for an oil company: drastic reductions in driving, grounded airplanes, expanded pedestrian and bicycling infrastructure, and stimulus spending with environmental conditions attached.

It’s an image of the world without Big Oil, Zalik argued.

"Why would they suggest that all of their assets would need to be written down by billions of dollars? That’s not going to help them get financing for future exploration," she said.

The Anglo-Dutch oil and gas giant is one of several European producers that have in recent months slashed billions of dollars from the value of their reserves. It’s a concession that less oil will be needed in the future, as regulators and shareholders push corporations toward the goals of the Paris Agreement, which calls for limiting temperature rise to well below 2 degrees Celsius (Climatewire, July 14).

When Shell first began creating scenarios in 1965, they were primarily intended for the company’s leaders.

"They very clearly helped shape a culture of challenging assumptions," said Roland Kupers, Shell’s former head of sustainable development and the co-author of a 2014 book on the scenarios program.

Having a team dedicated to thinking outside the box quickly proved useful to the company’s top brass.

Scenarios created in the early 1970s sketched the possibility that supplier nations would exert a greater influence over the oil market than consumer demand. Petrostates could then order cuts in production that would make their crude more valuable on the global market.

When the Middle East oil embargo and global energy crisis began in 1973, Shell was better prepared than its rivals — and the relevance of the scenarios became clear.

Because of that corporate history, "just saying ‘We’re doing something because the business case is positive’ would be seen as ridiculous," recounted Kupers, who worked at Shell from 1999 to 2010. "So internally, it helped create this context of a richer strategic dialogue."

That dialogue included climate change, a crisis exacerbated by the oil and gas that sustains Shell’s profits.

"Climate change was included explicitly in the scenarios very early on. Back in the ’80s, already it played a role," Kupers said. "And people worried about it."

Over time, the scenarios have been reduced in number and frequency, and produced with more input from leadership. The team went from creating sets of six or seven scenarios at a time to three. Then it fell to two — and most recently, just one.

The scenarios’ target audience is also no longer just the company’s C-suite.

"It was a way of opening doors," Kupers said. The scenarios helped win Shell executives access to prime ministers and kings, he said, "and you would have more of the statesman-like discussions, rather than saying, ‘Hey, will you allow me to drill in your country?’"

Shell’s critics say the supermajor’s scenario planning process has transformed from an effort to understand the future to one that seeks to shape it.

"Their scenarios in the last 20 years have been more and more focused on how to manipulate the urgency to address climate change to their advantage," said Lorne Stockman, a senior research analyst at the clean energy advocacy group Oil Change International.

Those scenarios, he explained, have envisioned a world that either heats well past 2 degrees Celsius, the level of warming that scientists say the planet can absorb without widespread ecological damage, or one that stays under that limit by using speculative technologies to reduce emissions, like carbon capture and sequestration.

Shell described its last publicly accessible scenario, dubbed "Sky" and released in April 2018, as a "challenging pathway for society to achieve the goals of the Paris Agreement."

The scenario predicted that global demand for oil would peak in the 2020s, but the use of natural gas would continue growing until 2040.

Shell’s "Sky" also depicts a future in which net-zero emissions won’t be reached until 2070. But many nations are striving to do that two decades sooner.

"The scenarios can operate almost to counteract the pressure of rising global activism around the oil and gas industry by claiming this is the only option — or the only real option that would allow us to arrive at a carbon-neutral scenario," said Zalik, the York University professor.

More aggressive alternatives, like public ownership of the oil and gas industry, "are not among the options that are contemplated in these scenarios," she said.

Meanwhile, critics say Shell’s scenarios team appears to no longer be envisioning the full spectrum of challenges the company could face in the coming years.

"They’ve just become less focused on other external events, and climate change has become the center of the scenario-planning exercise," Stockman said.

As a result, he argued, Shell seems to have missed the threat posed to its business by the demand shock brought on by the pandemic. Since Jan. 13, when the first case of COVID-19 was confirmed outside of China, nearly half of Shell’s market value has been erased.

Shell didn’t respond to questions about whether its scenarios team internally considered a potential pandemic and the damage one could do to the company’s valuation.

The scenarios "are not meant to be predictions but rather a possible future dependent on many assumptions — not a reality that will definitely be realized," Shell spokesperson Curtis Smith said in a statement.

Meanwhile, Shell CEO Ben van Beurden has denied that the company was unaware of the potential implications of a disease like COVID-19.

"We had pandemic very clearly in our risk matrix," he told data firm IHS Markit earlier this month. "But of course, it was always going to be difficult to assess what was going to happen to the economy."

The pandemic, according to Zalik, could offer a new scenario for combating climate change — one Shell might rather not discuss.

"What COVID has made clear is that it is indeed possible for the state and the international financial corporations to come up with more transformative outcomes in society and the economy," she said. "This has, if anything, pushed things toward greater climate investments."

Kupers, the former Shell executive, suggested that it didn’t matter whether or not the scenarios team saw the coronavirus coming. But he’s certain they’re adjusting to it now.

In response to the 2008 financial crisis and other emerging threats to the oil and gas industry, Shell has often created internal scenarios, he noted.

Last October, for example, Shell considered how "generational change" could affect the company, according to journalist Malcolm Harris, who was invited to attend the off-the-record workshop and wrote about it for New York magazine anyway.

But Kupers, like the environmentalists he sometimes consults for, believes Shell’s public scenarios reveal the company’s fear that climate change poses an extinction-level threat to fossil fuel companies.

And he thinks they’re right to be concerned.

"Incumbent companies are not relevant to big industry transitions because they’re basically stuck in the past," the former Shell executive said. "Inevitably, it leads to much too low ambition. And that’s exactly what the ‘Sky’ scenario is."

The world is moving away from fossil fuels. If history is a guide, the giants will fall, Kupers predicted.

"There’s this tendency among environmentalists to put all this energy in the transformation of oil and gas companies," he said. "I think they would be better served to just ignore them and assume they’ll go out of business."