An outdoorsman tries to hook conservatives on climate action 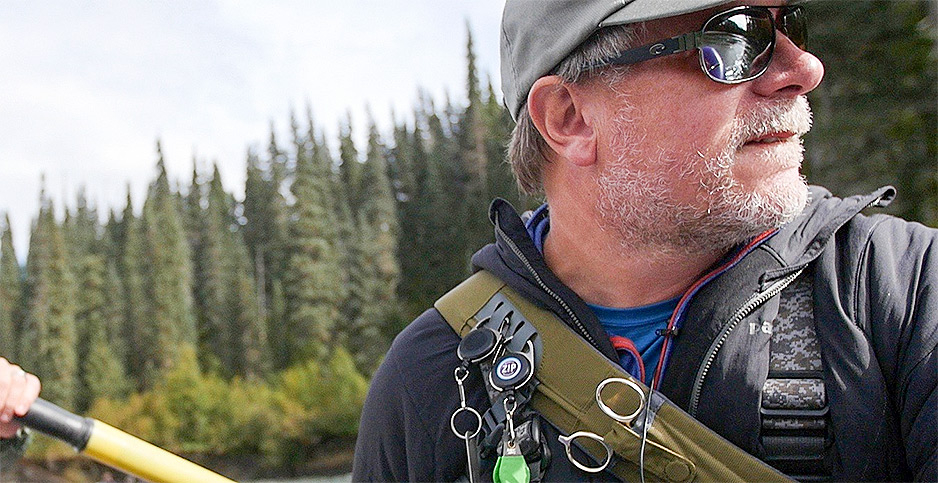 Todd Tanner will give you a gun if you can debunk climate change. Conservation Media LLC

If you can convince him that climate change isn’t real, Todd Tanner will give you his prized shotgun, his expensive fishing rods and maybe even his beloved pickup truck.

But don’t clear a gigantic space in your driveway for that Toyota Tundra just yet.

Tanner’s been making that offer for years, and he has yet to give away any of his treasures.

The silver-bearded fisherman, who loves to tell eye-popping tales of his run-ins with grizzly bears, is president of Conservation Hawks, a 501(c)(3) group he launched to reach politically conservative hunters and fishers who don’t like to talk about climate change.

"I don’t think people who don’t believe in climate change are bad people," Tanner, 57, said last week from his home in Bigfork, Mont. "I don’t think they have enough information. If we start talking about hunting or fishing or talking about a common bond, I’m part of the tribe."

Tanner said he’s "chief cook and bottle washer" for Conservation Hawks, working on a shoestring budget and grants from outfitters like Patagonia and Orvis with hopes to mobilize almost 40 million American outdoor lovers about the dangers of climate change.

He’s also producing short films and documentaries with top anglers and hunters like Craig Mathews and Hilary Hutcheson. Also in the works are Tanner’s plans for an Idaho-based "School of Trout" to teach fly tying and fishing.

I decided that if magazines can’t or won’t publish stories that are hugely important to sportsmen on this, then I need to figure out another way to reach hunters and anglers.

I’ll go six or eight months without a paycheck. My wife, Molly, has stepped up big-time; she’s a business consultant working on things like energy efficiency for commercial buildings. She understands how important this is. She’s put her shoulder into it, and without her, I couldn’t have done what I’ve done.

I make a little from writing, and hopefully, this new fly-fishing school, that’ll take some of the strain off. There’s no guarantee it’ll work.

I walk outside my door here in northwest Montana, it’s beautiful; we have 27 acres on a trout stream. Yet I see trees dying. In the summer, the smoke from fires is so thick, the kids can’t play ball. You just don’t want to be outside. It’s horrific. These are things that 30 years ago, it just didn’t happen around here. Old-timers around here are seeing things they’ve never seen.

My hope is to show people what’s out there is special and worth protecting. We can find better ways to live. It doesn’t mean we need to go back to living in caves and teepees, but let’s treat the world with a little more respect.

We all, whether we do it consciously or not, absorb information through filters. When something hits one of those filters and gets held out as coming from someone who’s different or unlike us or the dreaded "other," then it’s like, "I’m going to really scrutinize that information."

The vast majority of people who communicate about climate do so from a liberal or progressive perspective. There’s nothing wrong with that, but that language is a huge red flag when you try to reach conservatives. … We’re seeing more people these days than, say, five or 10 years ago, trying to find the right way to talk about climate with particular demographics.

I don’t care what we do, whether we put on a carbon tax. Cap and trade is pretty much dead. There are any number of potential solutions. I don’t have a dog in that fight. I want us all to come together and talk about the best possible way forward. But right now, half the country doesn’t seem to want to do that.

I earned a degree in communications from Ithaca College and ended up coming home and working for my dad’s electrical business. I had visions in my mid-20s of being my age now, mid- to late-50s, and walking into the apartment of an attractive young woman to change an outlet and bending over and the crack of my ass sending her running from the room in horror. It was like, "I just don’t want to be that guy." One year, a buddy of mine and I jumped on a plane and flew out to spend time at a place in Montana that we loved.

No, but I’ve corresponded with Elliott Woods, who did the Outside profile of Zinke and shared a photo of Zinke fishing with his reel on backwards.

I’m the last guy to ever give anybody a hard time for that; we all make mistakes. I’ve done dumb things on the water.