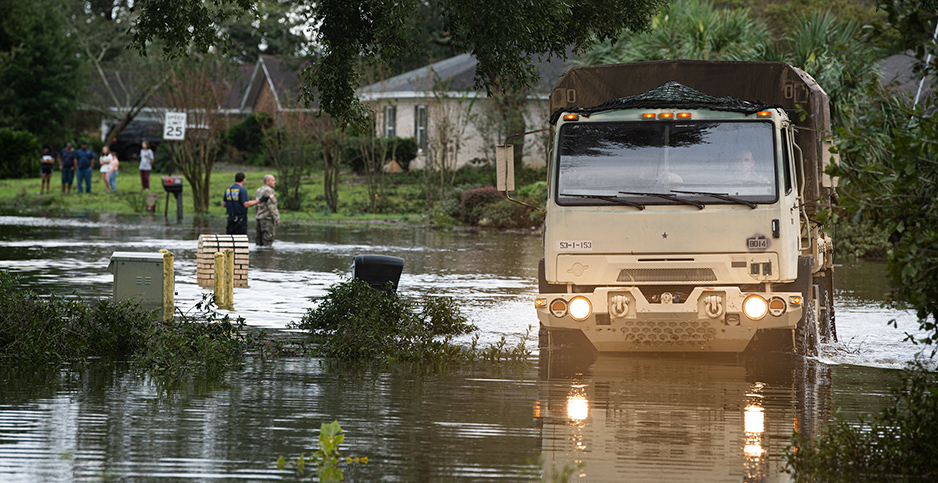 The federal flood insurance program paid $1.2 billion in claims in 2020, breaking the $1 billion threshold for a record sixth consecutive year, according to an E&E News analysis of federal records.

Eight counties — in Alabama, Florida and Louisiana — accounted for half of the claims payments, which arose from a series of storms that caused major but not catastrophic damage during last year’s record-breaking Atlantic hurricane season. There were a record 30 named storms from June to December including 13 hurricanes and six major hurricanes reaching Category 3 or higher.

Hurricane Sally, a Category 2 storm in September that hit the Gulf Coast in Alabama and Florida, accounted for roughly one-third of the claims paid by the National Flood Insurance Program in 2020.

The high level of claims payments continues to put pressure on the program, which is supposed to be self-sustaining but owes federal taxpayers $20.5 billion because it was unable to pay all of the claims from the devastating 2017 hurricane season.

The average flood insurance payment last year was $47,000, which reflects a trend of costlier claims, E&E News found in an analysis of millions of NFIP payments since the 1970s.

The increase in average payments is a result of climate change causing flooding to be more intense and damaging, and of the growing volume and value of coastal property.

The Federal Emergency Management Agency, which runs the NFIP, is revising the premiums it charges its 5 million policyholders so that insurance rates better reflect the risk each property faces of being flooded and the amount of damage flooding would cause. New rates will begin to take effect in October.

More than one-third of the claims payments last year were for properties located outside areas that FEMA considers at the highest risk of flooding. That continues a trend of flood damage occurring in supposedly low-risk areas — and raises concerns about both the accuracy of FEMA’s flood maps and climate change making flooding more widespread and less predictable.

In the past decade, 36% of the flood claims were for properties outside the so-called 100-year flood zone.

In the 1990s, for example, just 24% of flood claims were for properties outside a zone where FEMA says there is a 1% annual chance of flood damage.

FEMA has acknowledged that many of its flood maps are inaccurate and need to be updated to reflect the latest data on hydrology and flood history.