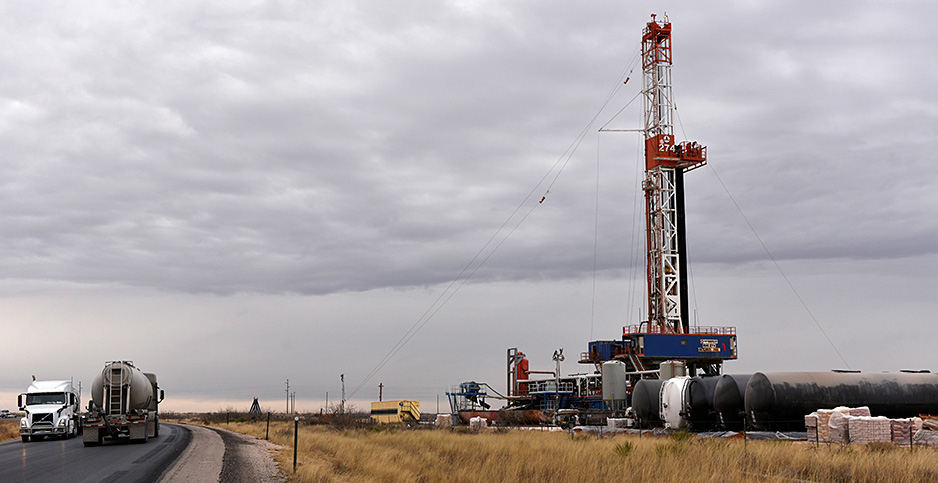 A freeze on new federal oil and gas leases could earn goodwill for President Biden among environmentalists, but analysts said such a move likely would have a limited effect on U.S. greenhouse gas emissions.

Several news outlets, including Reuters and The Wall Street Journal, reported yesterday that Biden plans to suspend new oil and gas leases on federal land as part of a broader climate package of executive orders to be issued today.

But experts said it’s difficult to determine how much of an impact this step would have on U.S. emissions.

For one, oil and gas companies have stockpiled leases in recent months, meaning major producers could continue drilling new wells irrespective of the new order. A moratorium on new leases also would have no impact on existing oil and gas wells.

An even bigger question is whether Biden could implement a long-term ban without a legislative change to the Mineral Leasing Act, a 100-year-old statute requiring that federal minerals be leased for auction.

"I suspect there will be litigation if they try to cancel all future oil and gas sales," said Mark Squillace, a law professor at the University of Colorado who served in the Interior Department during the Clinton administration.

Oil production on federal land, meanwhile, is booming. Output on federal land increased from 723 million barrels in fiscal 2014 to more than 1 billion barrels in 2019, according to the most recent Interior Department data. The increase has been driven in large part by a drilling boom in New Mexico’s Permian Basin, where output more than doubled over that time. Federal lands accounted for 23% of total U.S. oil production in 2019.

Many of the major producers on federal land have been stockpiling leases. EOG Resources reported early last year that it had more than 2,500 wells permitted on federal lands, representing about five years of drilling, according to a research note published by Goldman Sachs. Devon Energy has 600 permits, or enough for about four years of drilling. Cimarex Energy Co. had a relatively modest 50 permits, but that was still enough for a three-year drilling program, the bank said.

"Everyone saw this coming," said Marianne Kah, a former chief economist at ConocoPhillips and a senior research scholar at the Center on Global Energy Policy at Columbia University’s School of International and Public Affairs.

She called a moratorium a missed opportunity for the Biden administration, saying the president could have used the threat of a leasing ban to push for more stringent methane and flaring regulations while working on long-term measures to reduce oil demand.

"If you get rid of domestic production, you’re going to import more," Kah said. "If you want to reduce emissions, you need to focus on demand, and reducing methane emissions and flaring."

Many of the details surrounding Biden’s plan have not yet been made public.

It’s unclear, for example, if the administration is proposing a yearlong moratorium, or if the pause would continue until the Biden team finishes a review of the leasing program.

Also unknown: how the new executive order would differ from one issued last week that placed a 60-day moratorium on new lease sales.

"A leasing pause itself won’t have a major impact on emissions. It’s what the administration does during this temporary window that matters," said Jon Goldstein, regulatory and legislative affairs director at the Environmental Defense Fund. "From a methane standpoint, the most important thing is to restore the BLM and EPA rules rescinded by the previous administration, and including the thousands of existing sources left out of the original EPA policy."

Arvind Ravikumar, a researcher who studies the oil and gas industry at Harrisburg University of Science and Technology, said a leasing ban is likely to generate fierce opposition from oil and gas interests but little in the way of real emissions reductions.

Still, he said it speaks to the wider challenges facing the oil and gas industry.

Wall Street is exerting pressure on oil and gas firms to green their business. In October, the French government forced a domestic energy company to cancel a $7 billion liquefied natural gas contract with Houston-based NextDecade Corp. over concerns that U.S. shale producers were doing too little to address methane emissions.

"This leasing ban is going to generate a lot of headlines, but it is symbolic of what is going to be happening around the U.S. and around the world," Ravikumar said.