Andy Jassy, Amazon’s next CEO, is a climate question mark 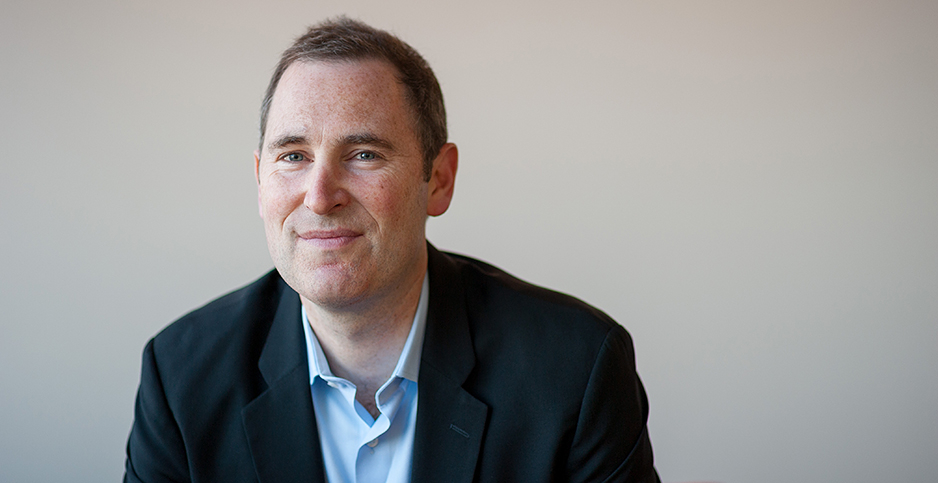 Andy Jassy, the next CEO of Amazon.com Inc., has a sterling reputation as a corporate leader. A former adviser to Amazon founder Jeff Bezos, he conceived of and then led Amazon Web Services, the cloud computing division that is now the tech giant’s largest profit center.

On the environment, however, Jassy has a spotty record, according to climate advocates.

Under pressure from environmentalists and its competitors, AWS made a "long-term commitment" in 2014 to run on 100% renewable energy. Then, after President Trump was elected in 2016, AWS quietly stopped pursuing wind and solar projects, according to media reports and the division’s own records.

Meanwhile, Jassy has vigorously promoted AWS to oil and gas companies and has steered clear of climate policy discussions.

While Amazon has since redoubled its commitment to be powered solely by renewables — the company says it’s now on pace to reach that goal by 2025 — climate advocates remain troubled by Jassy’s tenure at AWS.

"That’s potentially concerning in terms of follow through and commitment to making this a key piece of how AWS moves forward and now Amazon, under his guidance, will move forward," said Gary Cook, the global climate campaigns director of Stand.earth.

Jassy, 53, was born in Scarsdale, N.Y., a wealthy suburb of New York City. He joined Amazon in 1997, shortly after graduating from Harvard Business School and only weeks before the company went public.

Named the 2016 "Person of the Year" by the Financial Times, Jassy is now worth more than $435 million, with mansions in Seattle and Santa Monica, Calif., and is co-owner of the new National Hockey League team the Seattle Kraken.

The company he will begin leading this summer has grown from an upstart online book retailer to a sprawling conglomerate — delivering everything from streaming videos to organic groceries — that employs 1.3 million people and is now valued at more than $1.67 trillion. Bezos announced last week that he would transition from CEO to Amazon’s executive chairman in July (Climatewire, Feb. 3).

When Jassy started at Amazon, he worked in a chief of staff-like role for Bezos, following him to meetings, sitting in on his phone calls and serving as a sounding board for the CEO’s big ideas. In that position, he helped think up AWS and presented the concept to Amazon’s board.

In 2006, Jassy launched the division and began marketing it as a way for corporate executives to rapidly scale up their computing capabilities at lower costs than if they had to build out expensive server capacity in house. AWS was a fast success, signing on major customers like the entertainment streaming service Netflix and social media platform Reddit.

By 2011, the cloud computing industry had attracted the attention of climate advocates.

"AWS was really a critical piece of what needed to move in the sector because they were growing so quickly," said Cook.

Working at Greenpeace at the time, he authored a report that year slamming AWS for a lack of transparency around the impact of its operations, how it selected new data center sites and what it was doing to mitigate its planet-warming emissions.

After tech giants Google LLC, Facebook Inc., Apple Inc. and Microsoft Corp. made 100% renewable energy commitments, AWS followed suit. But Amazon didn’t offer any timeline for its promise or plan for fulfilling it.

Nevertheless, AWS announced more than a dozen renewable energy projects or related efforts between 2014 and November 2016, according to a sustainability timeline produced by the division.

After that, however, there was a gap of nearly 2 ½ years until the next new projects were unveiled. That was around the time Bezos launched the Climate Pledge, an Amazon-led initiative committing the company to offsetting more carbon than it emits by 2040 and calling on other corporations to do the same (Climatewire, Sept. 20, 2019).

"Critical step towards our 100% renewable goal," he said in a tweet.

One possible reason for the break in clean energy procurement: "a senior AWS executive, Peter DeSantis, has told colleagues inside the company that renewable energy projects are too costly and don’t help it win business," the tech news site The Information reported in 2018.

Amazon didn’t provide any explanation for the pause, but a spokesperson said the company "has a longstanding commitment to sustainability."

Jassy also has aggressively pitched AWS to the oil and gas industry, repeatedly appearing at the annual CERAWeek energy conferences.

In 2019, for instance, he described how Royal Dutch Shell PLC was using machine learning and algorithms from Amazon to find more oil.

"That is heady stuff," he said. "That is a very different model than has existed in the past. That is a game changer."

Climate activists, including some within Amazon, have criticized Jassy for his pursuit of fossil fuel contracts.

"Andy Jassy led AWS through its continued partnerships with the fossil fuel industry," wrote Amazon Employees for Climate Justice in an email. "Our CEO transition is just another opportunity for workers to join together and demand that Amazon address its own complacency. We know that true leadership and courage has been demonstrated by workers speaking up, not by CEOs, and Amazon must listen if Amazon wants to be part of the solution, not the problem."

"We will continue to provide cloud services to these companies as they undergo their digital transformations and innovate in a variety of ways," the company’s spokesperson said. "We support sustainability programs for our own business, and work with partners to reduce their demand for carbon fuel sources."

Other activists would like to see Jassy and Bezos use their company to push more forcefully for strong climate regulations and laws.

"The company has made a pretty bold commitment in terms of its own environmental performance," said Bill Weihl, the executive director of ClimateVoice. "There’s one big gap, which is they’re not really all in on advocating, using their influence for public policy on climate."

On social media, where Jassy often posts about his two children and favorite musicians, he has spoken out against the police killings of Black people and in favor of gay rights. Jassy has said little about climate change.

The issue, however, will be unavoidable for the second CEO of the world’s third-most-valuable company. Activists and Amazon’s climate commitments aren’t going away. And neither is the Climate Pledge Arena, where Jassy’s Kraken will begin playing next year.