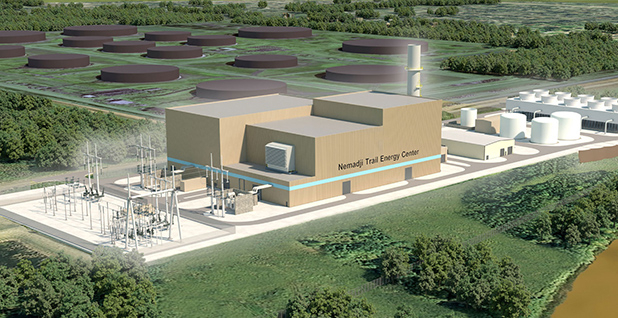 The Minnesota Public Utilities Commission was set to rule on the utility’s application yesterday. But the PUC postponed a decision pending a last-minute petition from an environmental group to determine whether the project is subject to review under the Minnesota Environmental Policy Act.

The commission did go forward yesterday with a daylong hearing focused on the need and economics of the project compared with cleaner alternatives and how the plant to be built across the state line in Superior, Wis., affects Minnesota’s greenhouse gas reduction goals.

The project has the backing of the Minnesota Department of Commerce. But it’s being challenged by an alliance of large power users, consumer ratepayer advocates and environmental groups that urged the PUC to reject the utility’s application.

In a 130-page ruling, the judge asserted that Minnesota Power didn’t adequately consider alternatives to meet customers’ capacity and energy needs or establish that the plant was needed for "dispatchability needs."

Minnesota commissioners spent the day digging into details about how parties in the case modeled the utility’s need for energy and capacity, how the project would fit into the Midcontinent Independent System Operator bulk power grid, and how the plant would affect utility rates and Minnesota’s greenhouse gas reduction goals.

A focus in the case is Minnesota Power’s argument that dispatchable energy from the gas plant is needed to help compensate for intermittent production from wind and solar plants.

Meanwhile, access to around-the-clock energy is important for its highly industrial customer mix, which represents about 70 percent of demand and is otherwise vulnerable to market prices for power when the wind isn’t blowing, the company said.

But Sarah Johnson Phillips, an attorney for a group of large power users, including steel and paper mills and mining companies, challenged the proposal, which was put forward outside the utility’s long-range integrated resource planning process.

Phillips noted that Minnesota Power’s own projections show the plant’s capacity isn’t needed in 2024 when the project goes online and may not be necessary until 2031, when certain coal units are retired.

The company, however, said it’s in the best long-term interest of its customers to move forward with the project now to take advantage of economies of scale that go with a larger project undertaken with Dairyland Power.

But environmental groups said the new source of CO2 for decades to come would challenge Minnesota’s statutory goal to reduce greenhouse gas emissions 80 percent from 2005 levels by midcentury.

Currie said, "This locks in another fossil fuel resource for 40 years on a system that’s still predominantly coal."