Another round looms in marathon brawl over EPA boiler rules 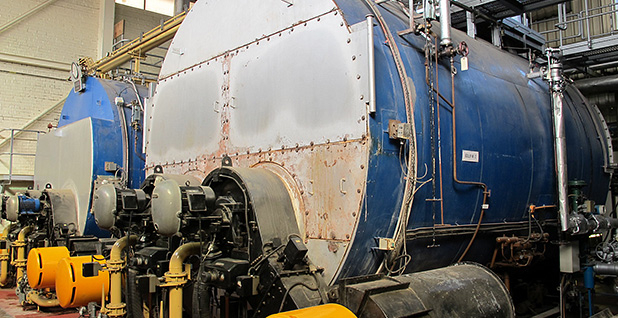 The battle over a far-reaching set of EPA air toxics regulations could be about to reignite after a two-year lull.

At issue is unfinished business from two appellate court rulings on hazardous emission standards for thousands of industrial boilers and related systems.

After the U.S. Court of Appeals for the District of Columbia Circuit sent back some provisions to EPA for more work, the agency is now poised to issue its planned fixes. Last week, the White House regulations office completed a routine review, clearing the way for EPA to formally release the proposed rule. An agency spokeswoman declined to comment this week on when that will happen.

"It’s time to put this baby to bed," Robert Bessette, president of the Council of Industrial Boiler Owners, said in an interview. But Earthjustice attorney Jim Pew cautioned that the outcome hinges on how EPA addresses the issues flagged by the D.C. Circuit. "We’re not prepared to let EPA break the law with impunity," he said.

At stake is the final shape of one of the most ambitious packages of air toxics regulations ever issued, originally projected to save thousands of lives each year. In the decade since the Obama-era EPA published its initial draft, the rules’ odyssey has featured a major agency retreat, congressional jeremiads, and a messy cavalcade of litigation and petitions for administrative reconsideration.

In this latest chapter, the forthcoming EPA proposal is supposed to address what the D.C. Circuit found to be serious flaws in the regulations, which set "maximum achievable control technology" emission standards for thousands of industrial boilers that power or heat paper mills, chemical plants and other industrial operations.

In 2016, a three-judge panel faulted EPA for excluding some of the best-performing boilers in various categories, a step that effectively led to weaker emissions limits (Greenwire, July 29, 2016). Among the lawyers representing industry clients in that round of litigation was Bill Wehrum, who went on to serve as EPA air chief from late 2017 until last June.

In 2018, a separate D.C. Circuit panel again agreed with environmental groups represented by Earthjustice in finding that EPA had failed to justify a decision to weaken a limit on carbon monoxide when using the lethal gas as a proxy for releases of formaldehyde and other toxic organic pollutants (E&E News PM, March 16, 2018).

While industry groups would now like EPA to wrap up the fix-it job this year, agency officials have seemingly been in no hurry. While they had once planned to have the final version in place by the beginning of next year, that timetable is now up in the air, according to EPA’s latest roster of regulatory priorities.

Bessette said he wasn’t privy to EPA’s proposal. But his group and other industry trade organizations have pitched a plan that they predict would most directly affect only about two dozen boilers and cost about $75 million upfront, according to an overview posted on a White House website.

The industry groups also see no need to change the carbon monoxide limit of 130 parts per million, which they call "well supported."

Pew, however, said that the court’s rulings not only found problems with the 130 ppm threshold but also with the use of carbon monoxide more generally as a proxy for other pollutants.

"What’s really at stake is hazardous pollutants and the harm they cause," he said. If EPA tries to paper that over, he added, "we’ll see them in court."

The saga dates to 2010 after a federal court ordered the Obama administration to come up with a replacement for a previous set of boiler emission standards promulgated during George W. Bush’s presidency that had been thrown out.

But the agency’s draft sparked an outcry from industry groups and members of Congress. Even then-EPA air chief Gina McCarthy said that some of the limits in the proposal "were simply too tight to be able to be achievable" (Greenwire, Dec. 2, 2010).

As a result, the final 2011 version was considerably less strict, with estimated compliance costs that EPA pegged at $1.8 billion less — or about half — than what had been forecast for the proposal. Even so, the agency predicted that the new emissions limits — which also covered solid waste incinerators — could prevent at many as 6,600 premature deaths each year when fully implemented.

But because the final version was so different from the draft, EPA immediately dove into a formal reconsideration of the new rules to take care of what McCarthy described as "procedural deficiencies" (E&E News PM, Feb. 23, 2011).

The standards, meanwhile, continued to draw attacks from congressional Republicans, who at one point unsuccessfully sought to delay them with a provision attached to a payroll tax cut bill. "Is it too much to ask when these new rules are projected to put more than 200,000 jobs at risk?" then-House Energy and Commerce Chairman Fred Upton (R-Mich.) asked at the time (E&E Daily, Jan. 25, 2012).

EPA’s voluntary reconsideration ended in 2013 with more changes to the regulations. Two years later, the agency issued yet another set of revisions in response to more than a dozen reconsideration petitions from environmental and industry groups (Greenwire, Nov. 20, 2015).

While another $75 million in compliance costs is a lot of money, Bessette said, "to get this thing over with, it’s OK."