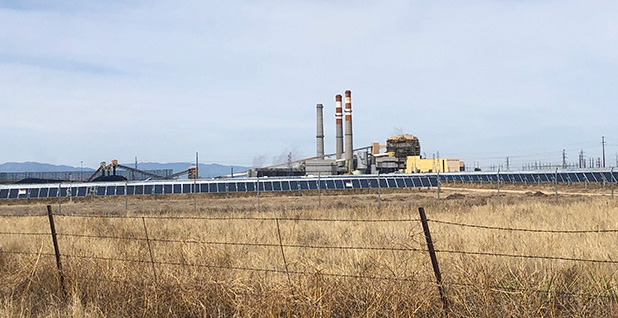 Travis Kavulla, a Montana utility regulator, likes to joke that so many proposals for a unified Western power grid have died over the years that an expanded graveyard is needed to accommodate all the tombstones.

If that’s the case, call the undertaker.

Xcel Energy Inc. added another headstone to the resting place of Western grid plans last month, when it announced it was pulling out of the Mountain West Transmission Group, a collection of eight Rocky Mountain utilities that had been pondering a wider partnership with the Southwest Power Pool (SPP), a wholesale power market encompassing 14 Great Plains states.

The decision caught many power-sector observers by surprise. Xcel is the largest utility in Colorado and had previously been one of the chief boosters of a regionalized grid.

The move underscores the difficulty of uniting the region’s disparate utilities under a regional transmission organization, or RTO, as wholesale power markets are often known. It also represented a setback for renewable advocates, who believe an integrated grid will facilitate the expansion of wind and solar in the West’s coal-centric power sector.

"When you become part of a RTO, the stakeholder processes are pretty intense, which I think Mountain West got a taste of in negotiating with SPP," said Robin Lunt, a utility lawyer at Wilkinson Barker Knauer LLP in Denver. "The value of working together with any RTO needs to be there, as well."

Westerners have long pondered whether they should follow their eastern counterparts in creating an RTO to manage electricity flows and ensure the reliability of the region’s grid. Today, many Western utilities oversee their own power systems. That can hinder trading of electricity from utility to utility, with power companies charging separate rates to send electricity across their transmissions lines.

An influx of wind and solar power has added a new wrinkle to the discussions and upped the stakes of the conversation (Climatewire, July 31, 2017). A regional market, the thinking goes, would better facilitate trade between areas where the sun is shining or the wind is blowing to communities where the power is needed most.

But Xcel’s decision to leave Mountain West complicates those efforts, raising questions for the utility and the region at large.

For Xcel, the question is how the Minneapolis-based power company plans on meeting its renewable goals. Xcel projects wind will become its largest source of electricity generation by 2021, when it is estimated to account for more than a third of its power.

Mountain West offered Xcel two benefits: a unified grid in Colorado and access to SPP’s wider market in the Great Plains. Going it alone in Colorado may make it more expensive for Xcel to meet its renewable goals, Kavulla said. That’s because markets become more important as utilities’ renewable goals increase, facilitating trade and enabling power companies to rely on their peers to serve some of their demand with spare capacity instead of generating all their own power, he said.

But what’s good for Xcel’s ratepayers may not be good for the company’s shareholders, Kavulla said. Xcel is a regulated monopoly. It invests money, and state regulators determine how much of a return the utility can recoup on its investment.

"If you’re joining a market, there might not be a need for that much growth in rate base," Kavulla said.

The regional impact of Xcel’s move is even more difficult to discern. The breakdown of Mountain West comes amid wider talks of forming a unified Western grid.

California continues to mull the expansion of the California Independent System Operator (CAISO) to neighboring states.

A separate RTO proposal has been put forward by Peak Reliability, a company that now oversees reliability coordination services in the West, in partnership with the PJM Interconnection, an eastern RTO. Many analysts said that proposal remains in its infancy.

"A year ago, we thought that we were losing significant parts of the West to a different regional transmission organization, opening the possibility of permanent fragmentation," said Ralph Cavanagh, a senior attorney with the Natural Resources Defense Council. "The star of this Southwest Power Pool has fallen, and the opportunity to have the California ISO evolve into a regional transmission organization is clearly enhanced."

But the expansion of CAISO remains controversial in the Golden State and among its neighbors (Climatewire, Sept. 18, 2017).

California greens worry creating a regional market could open the state’s carbon policies to federal scrutiny under the Trump administration, which would have to sign off on a Western RTO, as well as the possibility of having to ramp up natural-gas-fired power plants to deal with transmission constraints on renewable energy.

California and its neighbors could yet tiptoe around the sticky governance issues. Western grid talks have been propelled in large part in recent years by the success of CAISO’s voluntary energy imbalance market, or EIM.

The EIM essentially allows California to export surplus solar generation in the middle part of the day to neighboring states. PacifiCorp, a Portland, Ore.-based utility that serves Utah and Wyoming, is an original member of the EIM, and the market’s membership has swelled in recent years. The market now encompasses about 55 percent of the electricity load in the Western Interconnection. CAISO reckons the EIM has saved consumers some $330 million since its inception in late 2014.

Wary states can ‘dip their toes’ into integration

Now, California is in the process of expanding its existing foray into interstate cooperation. CAISO is considering the addition of some day-ahead services to the EIM, allowing utilities to trade electricity in advance and offering reliability coordination services to other utilities in the West.

Those initiatives could further bind the region together.

"One of the benefits of going that route is you don’t have the governance issues that are tying folks up so much," said Travis Ritchie, an attorney with the Sierra Club, which has been wary of regionalization. "Some of the states like Wyoming who are maybe a little nervous about it can dip their toes in without committing."

Full regionalization isn’t "strictly necessary to do most of the things that people advocate for," said Danny Cullenward, a research associate at the think tank Near Zero who has been studying the issue. "The notion that there’s one true path, I think, is deeply misguided."

But there are limits to CAISO’s eastern expansion. Xcel, for instance, lacks a direct connection to the EIM, and company officials said there are no current plans for joining the California market.

Jennifer Gardner, a lawyer at Western Resource Advocates, figures the expansion of the EIM is one of the factors that killed Mountain West’s talks with SPP. A watershed moment may have arrived earlier this year, she said, when the Public Service Company of New Mexico and regulators in the Land of Enchantment completed a study concluding that membership in EIM represented a better deal than SPP.

That effectively limited the potential growth of Mountain West and SPP, making it a less attractive option for Xcel, she said.

The breakdown of the Mountain West-SPP talks also serves as a reminder of the difficulty RTO talks face.

Xcel made the decision to walk away when it was faced with the prospect of signing transmission service agreements with other members of the group. Colorado regulators had yet to sign off on its regionalization plans — in fact, a formal proposal had yet to even be filed — meaning the company risked entering an agreement where it might lose money.

"One contributing factor in the overall decision timing was the need to enter into implementation contracts with SPP prior to any of these regulatory hurdles having been cleared," said Mark Stutz, an Xcel spokesman.

Officially, Mountain West soldiers on. Tri-State Generation and Transmission Association Inc., one of the group’s members, said in a statement that it was "actively exploring" options for a revised plan.

But those efforts are likely on life support with Xcel out of the picture, observers said. Colorado’s largest utility was seen as essential for making the economics pan out.

Renewables may have changed the conversations around Western RTOs, but, for now, the graveyard continues to grow.