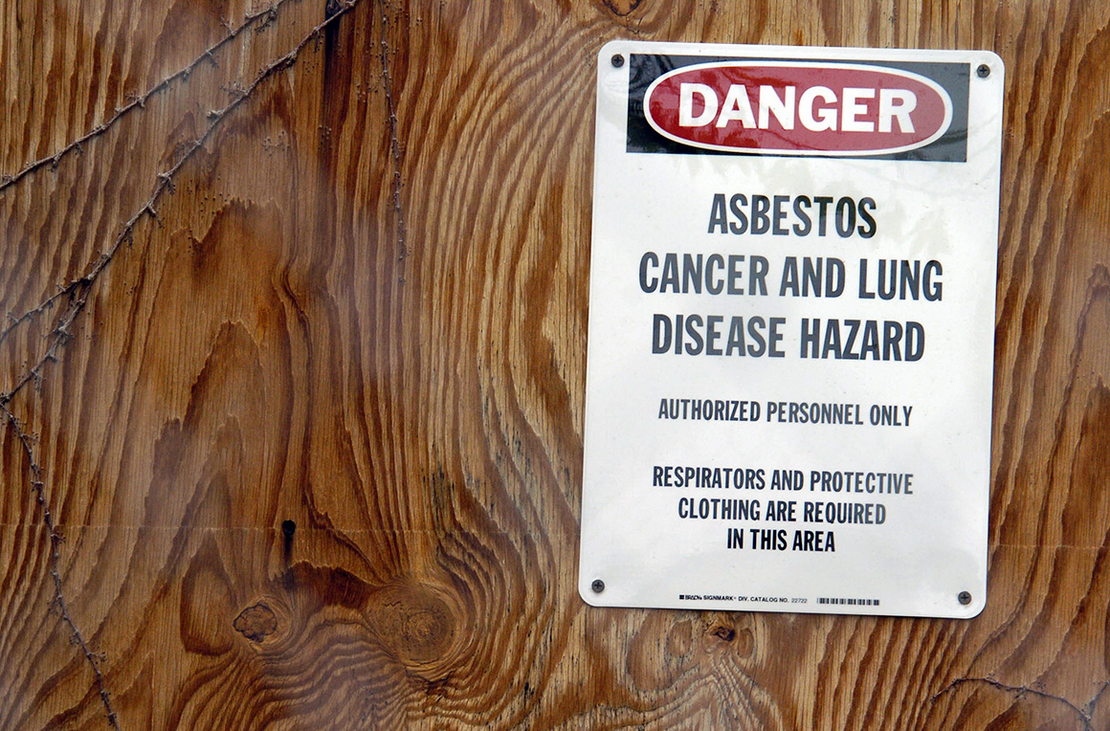 Activists fighting for a crackdown on asbestos have secured a major victory in their ongoing efforts to force EPA’s hand on the issue.

The Asbestos Disease Awareness Organization said yesterday that the group and its allies have struck agreements with EPA as part of a heated legal battle over a contentious risk assessment. Per the deal, the agency will finish a second risk evaluation for asbestos by December 2024, in addition to studying the risks of legacy asbestos, which is widespread in buildings and consumer products.

Linda Reinstein, ADAO’s president and co-founder, hailed the developments as an important step by the Biden administration in a statement that also critiqued former President Trump on the issue.

“Legacy asbestos is everywhere, and our country has not yet taken the necessary steps in evaluating the magnitude of this risk and protecting the public from harm,” said Reinstein. “Trump’s EPA failed to address the deadly and often hidden threat asbestos poses in schools, factories, commercial buildings, homes, and consumer products across the United States. Now, the Biden EPA is stepping up to carry out this long overdue task.”

Under the agreement, EPA will wrap up the second risk assessment by Dec. 1, 2024, setting a formal deadline for the agency. That assessment will address all six asbestos fibers and examine all diseases linked to exposure. It will also examine all exposure pathways that pose a risk to human health and look more closely at susceptible populations, a big point of emphasis for advocates, who say asbestos is an environmental justice issue that disproportionately harms vulnerable communities. The evaluation will additionally look at asbestos exposure stemming from talc and talc-containing products.

EPA and ADAO have also entered into a consent decree resolving a lawsuit over the agency’s failure to consider legacy uses of asbestos. Those legacy uses will be addressed in the second part of the risk assessment. EPA committed to releasing a draft scoping document by the end of the year and to finalizing its approach by June 30, 2022.

The two settlements mark a major breakthrough in a contentious battle that has spanned administrations. Asbestos has long been singled out as a "poster child" for U.S. chemical policy failure (Greenwire, March 12). The naturally occurring group of minerals are known carcinogens that claim the lives of tens of thousands of Americans annually, according to ADAO.

But the government has yet to ban asbestos, which helped drive the 2016 overhaul of the Toxic Substances Control Act. Advocates pushed for EPA to prioritize asbestos when choosing its first 10 risk evaluations and applauded the agency for moving forward and assessing the chemical’s impacts.

Under Trump, however, the issue turned contentious. EPA’s draft asbestos assessment only focused on one fiber, chrysotile, and two asbestos-related diseases — lung cancer and mesothelioma. The agency also avoided consideration of multiple legacy uses and exposure pathways. An initial lawsuit over the legacy use issue prompted EPA to release a "part one" assessment, but ADAO and other groups argued that fell far short of the agency’s obligations.

The legal fight over asbestos has continued under Biden. At the beginning of the year, organizations petitioned in the 9th U.S. Circuit Court of Appeals over EPA’s initial asbestos risk evaluation, arguing it ignored the best available science and was overly limited in scope. In a May lawsuit first reported by E&E News, 12 groups led by ADAO sought to compel the agency to consider legacy asbestos uses (Greenwire, May 15).

Asked about the legal developments, an EPA spokesperson said in an email that the agency is "committed to protecting against unreasonable risks from chemicals" and will continue to collect information to assess the scope of the risks posed by asbestos.

With the settlements announced this week, advocates indicated those battles have finally turned a corner. Attorney Bob Sussman, a former EPA official now representing anti-asbestos groups, called the development "encouraging" and a signal that TSCA can be used effectively.

“After years of delay, we will finally have an enforceable court order that assures that EPA performs its legal duty to determine the risks of legacy asbestos,” he said.

Reinstein also asserted that the issue extends beyond EPA and called for Congress to reintroduce and pass the "Alan Reinstein Ban Asbestos Now Act" (S. 717 and H.R. 1603 in the last Congress). That bill is named for Reinstein’s husband, who died from mesothelioma in 2006.

“Legislation is the fastest and most effective path for putting this ban in place," she said. "Nearly 70 countries around the world have banned asbestos, and we must do the same."