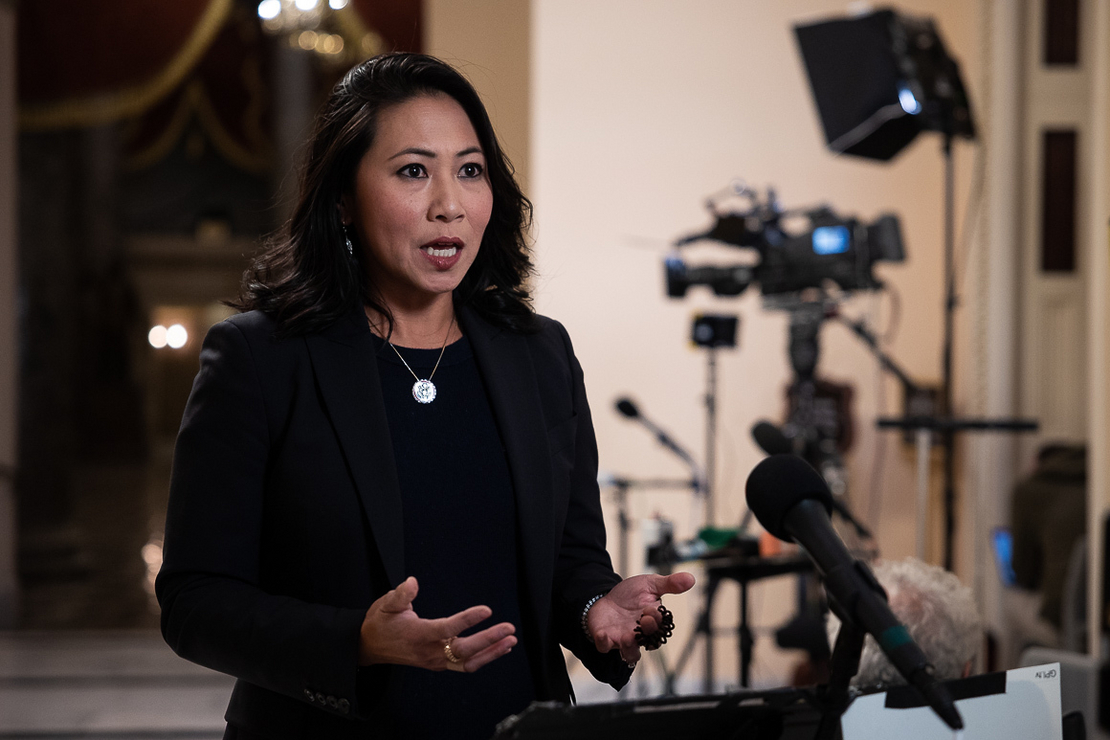 House Democrats had hoped to pass a bill this week cracking down on alleged price gouging, but that effort is running into trouble amid growing resistance from oil-state and moderate lawmakers who are questioning if it will help lower energy prices.

Party leaders are working to shore up support for the bill, which would expand Federal Trade Commission oversight and enforcement of fuel markets, ahead of a preliminary floor vote today. One House aide described leaders as “playing whack-a-mole” as concerns from multiple flanks of the party threaten to derail the high-profile measure or perhaps delay it until after Memorial Day.

The pushback comes as something as surprise this week, as House and Senate Democrats have said for weeks that they had settled on the FTC bill as their best option to attack energy costs. But the new worries reflect both the narrow advantage Democrats have in the chamber and election-year jitters.

Democrats control 221 seats and can afford to lose just six votes and still pass the bill. Every Republican is expected to oppose it.

House Majority Leader Steny Hoyer (D-Md.) said yesterday that he was confident the bill would be passed Thursday, despite acknowledging that some internal party discord exists over the breadth of the bill.

“You can always say it’s not enough, but that’s not a reason for being against it,” said Hoyer. “If you think it’s good, go for it, and we’ll get more later.”

However, several Democratic lawmakers did not seem to buy his argument and raised concerns yesterday with E&E News about whether the legislation would have an impact on inflation and might in fact, hurt small energy wholesalers. They also worry that voters might see it more as a political gesture than an effective response to an issue threatening to dominate the midterm elections.

“There’s quite a bit in this bill, if you are willing to read it and understand the policy implications, that should cause real concern for people who are trying to alleviate the inflation situation and actually deliver a bill that can get across the finish line,” said Rep. Stephanie Murphy (D-Fla.), a co-chair of the conservative Democratic Blue Dog Coalition.

Murphy, who is not seeking reelection, said she is still deciding whether to oppose the bill. But added that she’s especially concerned about vague provisions on gouging price controls that could hurt small businesses.

Most analysts have said that high energy prices have mostly been the result of high demand that has not yet caught up with supply — a hangover from the Covid-19 pandemic. The Russian invasion of Ukraine has further scrambled energy markets (E&E Daily, March 15).

Texas Democrats are seen as among the most skeptical within the party about new oversight of the energy industry, which has long been an economic driver in their state, an aide said.

A spokesperson for Rep. Lizzie Fletcher (D-Texas), a member of the Energy and Commerce Commitee, confirmed to E&E News that Fletcher would oppose the bill but declined to offer an explanation. Fletcher, whose district is home to several large energy corporations, has a track record of voting against new restrictions on the industry.

Rep. Sylvia Garcia (D-Texas), a progressive also from energy-rich Houston, said she was undecided. She said, “We got to protect the consumers, but we have to balance that with our energy needs.”

Other Texas Democrats, including Reps. Henry Cuellar and Marc Veasey, who have often aligned with oil interests, did not respond to requests for comment on the legislation.

“I think the concern has been that [the bill] is a gimmick,” said Peters, who said he has not ruled out supporting the bill. “Summers was very dismissive of this as a strategy for reducing inflation.”

Murphy said Summers told moderates last week that offering the price gouging bill to aid the economy was the equivalent of taking bleach to cure oneself of Covid-19.

Rep. Dan Kildee (D-Mich.), chief deputy whip, acknowledged that concerns were being raised but said he had not heard any Democrats say, “Absolutely, no way.”

A House aide, granted anonymity to speak candidly, suggested that opponents may have been bolstered at a Democratic caucus meeting yesterday morning when new polling data was unveiled that found voters were unlikely to see the price gouging bill as a “silver bullet.” Instead, the polling showed that voters see the pandemic and the war in Ukraine as significant reasons for the spike in energy prices, too, the aide added.

“This is an attempt to come up with a political response to all these things that we’re talking about with a majority that is razor-thin,” Huffman said in an interview, referring to inflation, climate change and high gas prices. “So anything we propose, you’re going to have concerns in all directions.”

Notably, the White House has yet to issue a formal statement in favor of the legislation, a sign that the administration might itself be uncertain of whether Democrats have the votes to pass it.

The legislation heads to the floor after being advanced, 8-4, in a partisan vote by the Rules Committee yesterday. Democrats will vote today on a rule for floor debate on the bill that would then take place tomorrow.

At the Rules Committee hearing, Democrats attached a manager’s amendment to the bill that would give the administration even more power to crack down on market manipulation, including doubling fines. It would also require new fuel price tracking and reporting from the U.S. Energy Information Administration.

Additionally, the House will vote on two Democratic amendments to the legislation. One provision would require the FTC to study the causes of possible market price manipulation; the other would create a unit within the FTC focused on investigating fuel markets.

Senate Democratic leaders have said they will force a vote on whatever anti-price gouging bill can pass the House, though it’s highly unlikely to get the 60 votes needed to advance in the Senate.