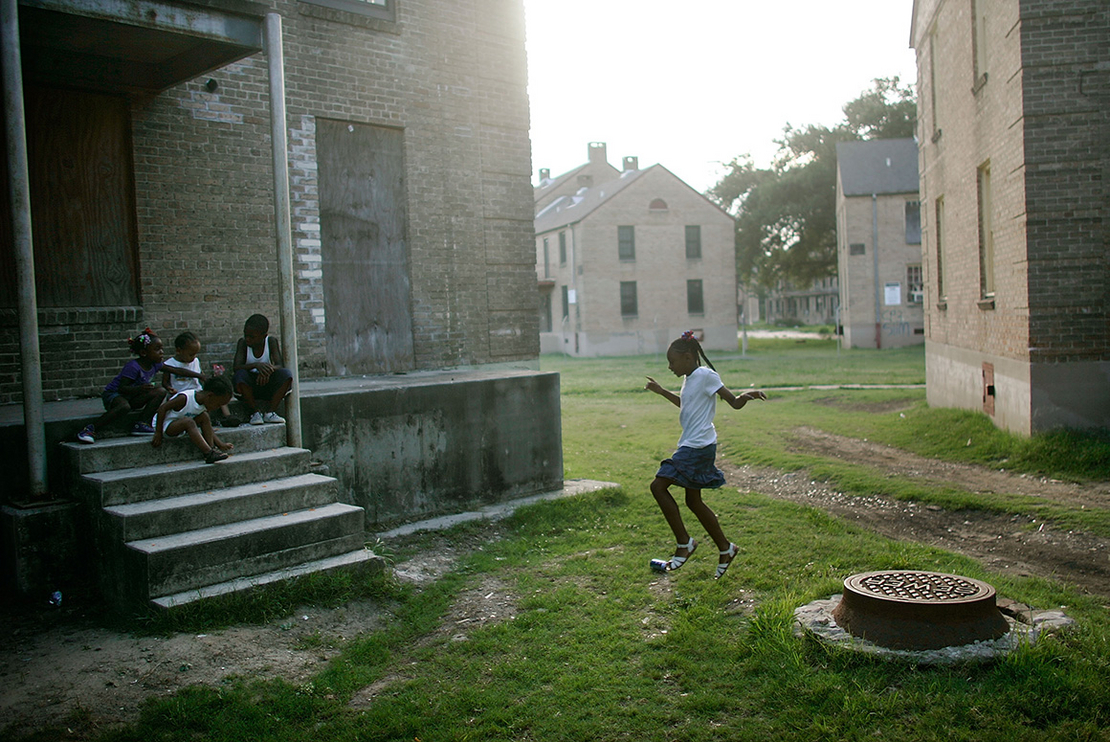 Environmentalists and community development groups want U.S. bank regulators to account for the impacts of climate change on underserved communities when overhauling an outdated anti-redlining law.

The Federal Reserve, Office of the Comptroller of the Currency and Federal Deposit Insurance Corp. in May proposed sweeping changes to the Community Reinvestment Act, or CRA. The law was originally passed more than four decades ago with the goal of prodding banks to invest in communities that have historically been excluded from the traditional financial system (Climatewire, May 5).

The long-awaited changes aim to modernize the law to account for major shifts in the financial system since the CRA was last updated in 1995. But the proposal also includes language intended to push lenders to do something new: make investments that help low- and moderate-income communities prepare for mounting climate impacts.

The public comment period on the nearly 680-page proposal ends today at midnight.

Dozens of comment letters have already been made public, though hundreds more are expected to be posted in the coming days. They’re from groups weighing in on a wide range of issues, including some who emphasize the importance of retaining — and in some cases strengthening — the law’s new, climate-related language.

“This rulemaking has taken important steps in the right direction, and should be strengthened to ensure that those most vulnerable to the impacts of climate change can access necessary, fair, and affordable capital and services to meet their financial needs,” Adele Shraiman, a climate finance campaigner at the Sierra Club, wrote in a comment letter.

So how does the CRA work today — and how might it change in the coming months?

The law was enacted by Congress in 1977 to combat redlining, the racist practice of denying low-income families and people of color access to critical financial services. It does so by requiring regulators to assess the extent to which banks are meeting the financial needs of residents in low- to moderate-income neighborhoods near the banks’ physical offices and branches.

That process involves giving lenders CRA credit — and eventually ratings — for investing in projects such as affordable housing complexes, qualified federal health care centers and community development efforts. Those ratings are later taken into account by regulators when lenders apply for mergers and acquisitions, or to open a new bank branch.

“It’s really intended to redress a whole history of disinvestment,” said Jesse Van Tol, the president and CEO of the National Community Reinvestment Coalition, which advocates for lenders to invest more in low-income communities.

“The reinvestment part of CRA comes in because banks would take deposits from the community … [which] are a source of really low-cost funding for banks. But then they weren’t reinvesting those deposits by making loans in that community to people who live there,” he added.

Now regulators are working to modernize the CRA to be sure it’s as effective as possible. One of the major changes is to ensure that banks are reinvesting in low- and medium-income communities where they provide online financial services, not only where their headquarters and branches are located. The purpose of that change is to adapt to the recent rise in internet banking and a decline in bank branches.

When it comes to climate change in particular, the proposal makes several key changes.

Already, banks can receive credit for helping communities respond to natural disasters. But if the proposal is finalized as is, it would nudge lenders to also make climate investments before catastrophe hits, to ensure the most vulnerable communities are better prepared for impacts such as droughts, flooding, forest fires and more.

The regulators provided a nonexhaustive list of activities that would be eligible for credit. Among them: retrofitting affordable housing to withstand future disasters, promoting green space in poorer areas, financing community centers that serve as cooling centers and financing energy efficiency improvements in affordable housing.

Van Tol is among those who have welcomed the move. His group, the National Community Reinvestment Coalition, said in an online statement that it is “imperative” that the three regulators retain the proposal’s climate-related language.

Van Tol also said there are several ways the climate provisions could be strengthened. Regulators should be “very careful about making sure that climate resilience activities are really targeted to places with the greatest need. So very specifically, formerly redlined communities, communities of color, low-income communities,” he said.

“The fear is that if you open up the box of eligibility to do that stuff — to do stuff in upper income communities — that’s all the banks will do, right? They won’t do the other stuff because it’s less profitable,” Van Tol said.

He also supports providing additional examples of climate-related investments that would be eligible for CRA credit. Among them: community solar and microgrids, as well as electrification and water efficiency for residential homes.

The Sierra Club echoed those points. The green group asked regulators to expand the list of climate-related eligible financial activities, use race as a factor in evaluating bank performance and penalize bank investments that contribute to climate risk.

That final step is the most “essential,” Shraiman of the Sierra Club wrote in a comment letter.

During a virtual event this week, officials at the three agencies — the Fed, FDIC and the Office of the Comptroller of the Currency — discussed the proposal and urged outside groups and experts to weigh in before the end of the comment period.

“When you haven’t updated something since 1995 of this magnitude given the significant number of changes in the delivery systems, in the financial system in the way people access their finances, then we need every comment and everybody to take a look at this and provide us their feedback,” said Grovetta Gardineer, a senior deputy comptroller at the OCC, during a virtual event this week.

Regulators have not provided a timeline for a final rule.